The Irfanic Cooperative Conference (Gaullican: Conférence coopérative irfanique; Pasdani: اشترّاکی محاوره عرفانی; Mohāverah Tāshreek-ye Erfāni; Rahelian: المؤتمر التعاونية العرفانية; Al-Muʾtamar al-Taʿāwuniyyah al-Irfānīyyah) is an international organization founded in 1950, consisting of 7 member states, with a collective population of over 540 million as of 2019, all member-countries being Irfanic-majority countries. The organisation states that it is "the collective voice and custodian of the Irfanic World and its peoples" and works to "safeguard, champion and promote cooperation, unity and harmony among the Irfanic nations. And to safeguard the interests of the Irfanic World in international affairs". The ICC operates several mechanisms and schemes designed to mediate internal diplomatic disputes, economic cooperation, political, educational and cultural exchanges.

The official languages of the ICC are Gaullican, Pasdani and Rahelian. The ICC maintains observer delegations with the Congress of Bahian States, COMSED, International Forum for Developing States and the Community of Nations.

The process of de-colonisation across Coius though beginning in the late 1930s resulted in limited diplomatic activity among the newly independent Irfanic-majority nations. This in part was caused by the continued colonial rule of countries such as Estmere through its Mandates, Etruria and Werania who would maintain their colonies until the 1940s and 1950s respectively. The collapse of the Etrurian colonial empire in wake of the Solarian War in 1946, gave independence to several states.

The conclusion of the Pardarian Civil War in 1950, united the largest Irfanic nation under the rule of Mahrdad Ali Sattari and the Revolutionary Masses Party which advocated Pan-Zorasanism and to a degree Pan-Irfanism, though the latter was done through a near exclusive anti-colonial lens. The revolutionary period of the 1950s in the Irfanic World saw the Irfanic Revolution in Kadaria in 1951 and the Khazi Revolution in 1952. The successes of these revolutions served as a catalyst for the founding of the Cooperative Conference, with a summit being held in Ispandikyan, Kadaria in 1954.

The summit resulted in an agreement by the attending nations to “pursue a common platform and voice for the Irfanic World, to speak to its interests and values in the emerging international arena.” Over the course of a year, diplomats from numerous Irfanic-majority states negotiated the legal framework for the Cooperative Conference. In 1955, the ICC was formally founded at the Ashkezar Summit, with the signing of the Ashkezar Accords on Irfanic Unity and Cooperation. The Ashkezar Summit notably excluded the Zorasani Rahelian states by effort of the Union of Khazestan and Pardaran.

The objectives of the ICC were established at the Ashkezar Summit and took a distinct anti-colonial form. These objectives would remain relatively unchanged until the 1999 Madinat Summit. Between 1955 and 1999, the objectives of the ICC were, to collectively preserve and protect the sovereignty and freedom of Irfanic nations, promote cooperation in foreign affairs, establishing common foreign policy positions and to promote the rights and freedoms of Irfanic minorities.

During this period, the ICC only maintained two mechanisms, the Irfanic Conference, and the Conference of Foreign Ministers. The success of the ICC in pursuing a unified foreign policy position for the Irfanic World was limited owing to the internal issues within member-states and often conflicting views of key issues or events, such as Zorasani Unification, territorial disputes in Bahia and how to confront the socialist regimes in Irvadistan and Tsabara. Though the ICC saw early success in unifying member-states in support of Irfanic factions in the First Yemeti Civil War.

In 1999, the Irfanic Conference at Medinat in Nise, saw members agree to a new charter, detailing a wider range of objectives. The new objectives would include cooperation beyond foreign policy, the ICC would now: promote solidarity amongst member states; increase cooperation in social, economic, cultural, scientific, diplomatic and political areas; uphold international peace and security; and advance education, particularly in the fields of science and technology. These new objectives led to the establishment of Sub-Conferences, that would be focused on delivering cooperation in key areas. The Medinat Summit also opened the organisations to observer states, with Garambura, Emessa and Tsabara granted observer status in time of the 2000 Zahedan Summit. 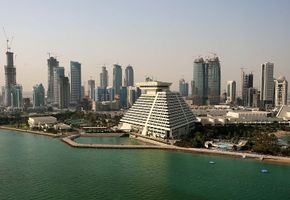 The Economic Cooperative Conference is the biannual meeting of the finance ministers from member-states, that usually follows the Irfanic Conference. The key responsibilities of the Economic Cooperative Conference are: to ease and expand the movement of goods between Irfanic countries, to promote trade agreements, promotion of cooperation in key projects, and reducing tariffs on goods traded between member states. At the 2001 Summit, the ECC agreed to establish the Energy Cooperation Group, aimed at creating multilateral energy projects. The same summit saw Zorasan, the largest oil producer in the ICC, confirm that it would export energy to ICC member-states at reduced rates in exchange for the easing of other non-energy goods exported by Zorasan.

At the 2006 ECC summit, member-states agreed to establish a Sub-Conference on Infrastructure Development, a means to promote cross border infrastructure to facilitate economic integration.