The term murungu is a weRwizi language term referring to white people.

The most common theory says that the term originated from a name that is commonly used by other Bahian peoples to refer to God or the creator deity, Mulungu. According to linguist and settler Marvin Carnall, who first proposed the idea in 1911, when the Estmerish first arrived to present-day Port Graham in 1638 and established a fort, the native veRwizi saw the Estmerish as Gods, and thus used the term murungu to refer to the Estmerish.

However, this interpretation has been met with substantial criticism, with many veRwizi arguing that Carnall's theory is Eucleocentric and plays into the common trope that "uncivlized peoples" see Eucleans as gods.

The most common alternative theory, first proposed in 1975 by linguist Tazvitya Mhlanga claims that the term derives from the "pumpkin-like" appearance of the earliest Estmerish settlers in the 17th century. Thus, they called the white commmunity "people of the pumpkin."

This term was historically only used by the weRwizi people to refer to all white people. However, in 1946, with independence looming, many white people chose to keep the citizenship of their home countries, instead of accepting Rwizikuran citizenship. Thus, Samhuri Ngonidzashe needed to devise terms, so to distinguish the "white citizens," and the "white expatriates."

It is believed that the earliest populations of what would become the varungu arrived in 1638 when Estmere established Port Graham as a place to facilitate trade with the veRwizi Empire. However, the presence of Eucleans in Rwizikuru was generally limited, even during the height of the slave trade in Bahia in the 1670s and 1680s, with virtually all Eucleans in the area being either soldiers defending the forts, slavers who collected slaves, or sailors who were currently in port.

This period of varungu history meant that there was never a permanent sizable Euclean population in Rwizikuru at the time: after the loss of many of the forts due to the Gilded Wars, coupled with the end of the slave trade in the 1740s, Estmerish presence declined, until the fort at Port Graham was abandoned in 1803.

white immigration not as high as in other Estmerish colonies, what with the hot climate: Crogan becomes main center of the white community from 1890s on as it is somewhat cooler than Port Fitzhubert, and is home to large farms of cash crops. by 1931, white population reaches 14,867 people.

While most of the Gaullican residents in Olongaland were either expelled, or left of their own accord over the next few years, there was still a substantial white presence in Olongaland, which was predominantly Gaullophone. As well, while some expulsions did take place in East Riziland, there was still a substantial white population, as colonial officials feared that expelling the Chennois in Sainte-Germaine would render the city "ungovernable." This led to increasing tensions between Guallophones and Anglophones, especially as many Anglophones viewed the Gaullophones as a potential threat to Estmerish rule over Riziland.

Around this time, two major movements sprung up among the white population: the Alliance paysanne, based in Port Vaugeois (present-day Port Tsalar, Mabifia), and in Sainte-Germaine (present-day Mambiza, Garambura), led by Jean-Louis Milhaud, and the Conservative Front, based in Port Fitzhubert and led by Alistair Perry, each representing their side of the population. The Alliance paysanne wanted equal recognition for the Gaullophone community in colonial politics, while the Conservative Front advocated for assimilation of all whites into Estmerish culture.

By 1941, the white population reached 438,530 people, or about 4.8% of the total population, with only 17,375 originating from Estmere or descended from Estmerish settlers, with almost all of the remaining 421,155 white people being Gaullicans who were allowed to remain. Only 615 were of other Euclean descent.

While some radical white settlers, most notably the far-right Mouvement de civilisation led by Adolphe Crevier, advocated for independence from Estmere under a white minority government, most Eucleans believed that permanent rule by whites would not be viable in the long term.

Thus, when limited self-government was proclaimed in 1941, with a sixteen member legislative council, eight seats were allocated to the white community. With Adolphe Crevier's party destroyed as a result of the election, Jean-Louis Milhaud and Alistair Perry became the main political representatives of the white community.

By the early 1940s, the whites had reached their zenith of political, and to some degree, economic influence, although most of the economy was dominated by Mufedha who were unrepresented in the legislative council.

Following the independence of Rwizikuru in 1946, it was estimated that 2/3rds of the Anglophone community, and 2/5ths of the Gaullophone community either refused to take Rwizikuran citizenship or emigrated from Rwizikuru. Thus, it was estimated only around five thousand Estmerish-speaking whites and around two hundred fifty thousand Gaullican-speaking whites took up Rwizikuran citizenship.

While the whites lost much of their political standing, the 1946 general elections saw three white legislators: Jean-Louis Milhaud (MV) representing Centre St-Germain, Ignace Dutoit (MV) representing Petit Pays, and Cecilia Sands (MV) representing Crogan. As well, the whites maintained their economic position, especially as managers and supervisors, and many of the murungu remained in the Rwizikuran civil service. However, they were starting to lose their stature, with the 1950 elections only returning Sands and Dutoit, while Milhaud retiring from politics.

During the early 1950s, the murungu population started to lose more of their strength, especially as the governing Mubatanidzwa weRusununguko rweRwizikuru began to institute policies to regulate the economy. After the mass walkout by the legislators of the Mubatanidzwa weVakuru in 1951, which occurred due to the removal of Cecilia Sands from the chamber, and subsequent by-elections of almost all MV legislators (as well as the permanent ban), all the remaining white legislators were expelled from the house. In 1954, however, Cecilia Sands regained her seat for Crogan, although Dutoit did not regain his seat for Petit Pays. Sands would go on to lose her seat in 1959. At the same time, policies of indigenization pushed many of the white civil servants out of their jobs, as Bahians were brought into the civil service.

By 1961, the white population fell to 267,614 people, or around 1.7% of the total population. Of the 267,614 varungu, 218,886 were of Gaullican descent, 35,581 were of Estmerish descent, and 13,147 were of other Euclean descent. The white community by this point was largely concentrated in and around Sainte-Germaine (present-day Mambiza, Garambura), Port Vaugeois (present-day Port Tsalar, Mabifia), Port Fitzhubert, and Crogan.

However, things got worse: with the passage of the eighth amendment to the Rwizikuran constitution, foreign investment dried up. As many of the whites in the country were employed by Euclean firms operating in Rwizikuru, they generally lost their jobs, or were asked to move out of Rwizikuru to keep their jobs. With a crackdown on bourgeois elites, many of the Murungu feared that they will lose their lands and businesses, although unlike the Mufedha population or the wealthy Irfanic population, the varungu were not as badly affected by the policy, primarily because of their common faith, although a handful of families did lose farms and businesses to the government.

To make things worse, the Mabifian-Rwizikuran War from 1968 to 1969 saw the loss of most of Yekumavirira to Mabifia, followed by the independence of Garambura in 1969: virtually all of the Gaullophone community either left for Euclea, or ended up in Garambura, with only a handful of Gaullicans fleeing to Port Fitzhubert and Crogan.

Thus, by the 1971 census, the murungu population fell to 6,229 people, or 0.05% of the total population. Of the 6,229 varungu remaining in Rwizikuran-controlled territory, 5,977 were of Estmerish descent, 201 were of Gaullican descent and 51 were of other Euclean descent.

During the 1970s, as Rwizikuru became more closed off from the rest of the world, many of the varungu who remained were farmers exporting cash crops to the few nations willing to trade with Rwizikuru, especially as few businessmen remained, and only a handful of varungu remained in the Rwizikuran civil service, with that number decreasing as many retired during the 1970s and 1980s.

By 1981, the murungu population fell to a low of 5,789 people, comprising 0.04% of the total population. Of the 5,789 varungu, 5,565 were of Estmerish descent, 213 were of Gaullican descent, and 11 were of other Euclean descent, with the main centers of murungu population being in Crogan, where out of the 59,576 inhabitants in its urban area, there were 3,506 murungu living there, comprising 5.9% of the city's population, 1,055 living in Port Fitzhubert, making up 0.2% of the city population, and the remainder living in the countryside.

With the increasing economic freedoms, many varungu living abroad began to return, especially those who were businessmen prior to the 1960s, although most of them were short-term expats tasked with reestablishing foreign businesses in Rwizikuru. This led to an increase of varungu in Port Fitzhubert. However, most of the economic growth was driven by the Mufedha, who were invited back to Rwizikuru in 1982 by Kupakwashe Ngonidzashe.

By 1991, the murungu population had risen to 7,526 people, or 0.04% of the national population, with 7,191 Estmerish varungu, 228 Gaullican varungu, and 107 of other Euclean descent. The government estimated that of the additional people between 1981 and 1991, 1,390 were returning varungu from foreign countries, while only 350 were children born to varungu.

During the 1990s, the murungu continued to see their economic power rise: although it was not to the same heights as the Mufedha population, who played a more dominant economic role than the whites. However, during the 1990s, many farmers were no longer able to produce cash crops, with virtually all tobacco farms and banana plantations closing: by 1997, royal officials noted that:

"The only varungu-run farms remaining in operation are coffee plantations, what with the decline of demand for tobacco-based products, and the rise of other countries more suited to growing crops like bananas, combined with increasing coffee demand."

In 2001, the murungu population had risen to 11,881 people, or 0.06% of the national population. Of the varungu, 10,533 varungu were of Estmerish descent, 954 were of Gaullican descent, and 394 were of other Euclean descent. In addition, the government estimated that of the growth between 1991 and 2001, only 602 were born to varungu parents, while 3,753 were returnees from other countries.

In the 2000s, with agreements signed between countries that led to increased mining of coltan, copper, and coal by foreign countries, many varungu took on positions as managers of the mines, or as supervisors, while others took on administrative positions. At the same time, a small tourist industry began to arise, mostly driven by Eucleans and varungu living abroad, which attracted many varungu to work in the hospitality industry. 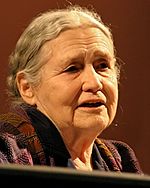 Prominent authors from the varungu community include Roe Lyness and Evalyn Vear from the colonial era, while contemporary varungu authors that are popular in Rwizikuru include Dolcie Thompson, Benedict Grant, and Harris Day.

There are only a handful of varungu actors in Rwizikuru's film industry, with most varungu often cast as colonial officials. The most popular varungu actors include Leighton Saunders, Luca Bates, and Honey Davidson.

The cuisine of the varungu population generally has two sources: Estmerish cuisine and Gaullican cuisine, which generally depends on the origins of the murungu in question.

Popular foods among the varungu include oatmeal, mashed potatoes, macarons, and either fish and chips or steak frites. However, many varungu consume Rwizikuran cuisine, so yakagochwa mombe and sadza are also commonplace among the white community.

Popular sports among the white community include horse racing, netball, and field hockey, each also introduced by the Euclean population in Rwizikuru.

Retrieved from "https://iiwiki.us/mediawiki/index.php?title=Murungu_(Rwizikuru)&oldid=177421"
Categories:
Hidden categories:
This page was last edited on 14 March 2020, at 17:57.
Privacy policy
About IIWiki
Disclaimers