The Organization of Asterian Nations is a regional intergovernmental organization composed of the majority of nations in Asteria. It was created in the aftermath of the Great War with the intention to promote further regional cooperation and solidarity between member states. The OAN facilitates debates on political, social, cultural, economic and environmental affairs through its many committees. It is headquartered in the Hallandic city of Avelon.

All member states are given representation in each of the organization's committees, and may settle government disputes in the Asterian International Court. The OAN's current High Commissioner is Eldmarkian politician Gustav Hansen. 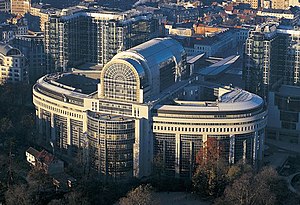 The OAN is subdivided into several committees, each covering particular topics of international interest. The largest committee is the General Assembly, a non-binding council where each member state is granted representation. It meets regularly twice a year in a general assembly session, and is responsible for overseeing the budget, overseeing the overall reports made from other commitees. The General Assembly may also pass non-binding resolutions about topics of relevance. Chairmanship of the General Assembly is rotating and merely regimental, with the president overseeing the handling of the sessions. Chairman terms last for a year and rotated in alphabetical order between member nations.

Councils under jurisdiction of the GA

The Economic Affairs Council is responsible for the discussion of economic affairs between all Asterian nations as well as the coordination of the commissions and institutions under its responsibility. The council meets weekly and has representation from all member states in the form of one delegation per nation. It has rotative presidency with one year terms.

Unlike Councils and the General Assembly, membership on these councils is elected among members with seats divided per region.

Retrieved from "https://iiwiki.us/mediawiki/index.php?title=Organization_of_Asterian_Nations&oldid=221713"
Hidden categories:
This page was last edited on 25 June 2020, at 06:52.
Privacy policy
About IIWiki
Disclaimers