The Roth Group is an Yisraeli multinational conglomerate headquartered in Ashkelon, Yisrael. It comprises numerous subsidiaries and affiliated businesses, all of them united under the "Roth" brand, and is the largest Yisraeli business conglomerate, as well as a major international company on the global stage. It is especially known for its family of smartphone gadgets including the "RothPhone" and "RothPad." In the military sphere, it is known for its defense contracts and naval warship construction. 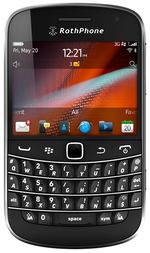 In the winter of 1991-1992, Bel-Scip Media negotiated for the purchase of the small right-wing Ostrozavan publication Orákulum Statovo, ostensibly aligned with the Progressive Party in Ostrozavan politics and considered at the very edge of permitted political speech. The O-L advocated free trade and very "liberal" politics, e.g. political positions more conventional in Western Monarchies countries as opposed to the quasi-socialist state ideals enshrined in the Ostrozavan constitution. (Yisrael and Ostrozava had no relations since the Crimson Revolution in the early 1910s. This bilateral lack of recognition continued as Ostrozava continued to trend leftward and Yisrael rightward over the course of the 20th century.)

The Progressives implemented a Neutrality policy in 1990, moving away from their military relations with allies North Ottonia, Tsurushima, and the Messidor Union. Sensing a business opportunity, the Roth Group undertook to buy the struggling O-L, to turn it into a pro-Western Monarchies media outlet that would increase soft power into Ostrozava and open up more business opportunities as tensions thawed. The reports that the Roth Group, the largest corporation of a state hostile to Ostrozava's ideology and foreign policy for decades and with perceived strong ties to Government of Yisrael, wanted to buy a media outlet sparked outrage in Ostrozavan politics.

Incumbent Primar Eva Sedláková was publicly silent on the affair, declining to weigh in on the issue. Centrist Progressive figure Vincenc Dostál took to major media publications to denounce the pending purchase as "a deal for letting in foreign misinformation into our country" and "a foothold for corrupt western forces." The Ostrozavan federal regulators, after a delay of several months, cleared the purchase to proceed, with a few conditions. All O-L material had to feature a watermark saying "O-L is funded in whole or in part by associates of the Yisraeli government."

Dostál later ran for the Ostrozavan People's Congress, in part on a platform to prevent similar foreign acquisitions in the future. The Yisrael Foreign Ministry said little during the internal Ostrozavan spat, other than issuing a short statement denouncing "unjustified hysteria and fear-mongering about a private business deal" in January 1992. Bel-Scip Media relied on their local media agents on the ground to conduct a positive public relations campaign.

As of 2021, Bel-Scip Media still owns the O-L. It reports an annual profit of slightly over $1 million shekels a year, according to corporate financial filings, though in 2020, due to the PRCO scandal in Ostrozava, the media outlet reported a net three-fold increase for the fiscal year 2020, largely due to the intense news reporting on the scandal and subsequent readership that flocked to the media outlet in response.

Starting in the 1980s and 1990s, the Roth Group's Pyrion private military company division cultivated a number of clients on the GA isles. In late 2019, amid the growing anti-monarchy protests in the island-nation of Gran Aligonia, the country's monarch issued a "48-hour decree" to expel a number of armed foreign forces, both state militaries such as the garrison of Latin troops as well as the Roth Group's various contracts with private landowners, who utilized Roth private security forces across the islands. Outside of the complex geopolitical backlash by the Government of Yisrael and others, the company also forcefully defended its private security contracts in the GA and refused to comply with the 48 hour decree.

This action seemed coordinated with the Yisraeli government's arguments and actions taken under lame duck President Noah Feldman, and it was Roth's echoing of the Feldman administration's moves towards the GA that won plaudits from Conservative politicians and commentators. In reaction, the company was thrashed by the left, with prominent Con-Lib Knesset member Oren Saddi taking to the Knesset floor to denounce the company's "interference in foreign affairs." Con-Lib presidential contender Yosef Kaduri went further, calling the company "in league with the government and [Conservatives]" and calling for its dissolution into several separate businesses.

In return, Gran Aligonian Xendarmes issued a lock-down order against Roth forces stationed on the various estates of their clients. Functionally, the Pyrion PMCs were restricted to the estates, though in outlying parts of the islands, they moved about more freely. The Xendarmes also launched jamming operations against the Roth islands headquarters in downtown Villa Romera, much to the consternation of local executives. The Royal Yerushalayim Dispatch quoted anonymous sources who allege local Yisraeli intelligence assets actively disrupted the anti-Roth jamming ops by the local authorities.

In March and April of 2020, during an internationally-denounced "foreign national intimidation" policy (defended officially as a national security measure), the Roth headquarters was restricted by Xendarmeria checkpoints and Roth employees fined in the name of national security.

With the election of Artùs Montecalvo as Chancellor of Gran Aligonia in November 2020, the limits and controls on the Roth PMCs were lifted. However, the whole episode has become a cause célèbre for an array of people, including geopolitical opponents of Yisrael, antagonists to the Western Monarchies, opponents of the power of the company and the Roth family, and human rights critics in Ghant and elsewhere to the use of private military forces in and of itself as well as a perceived state-affiliated arm of a government's foreign policy in another country.

Retrieved from "https://iiwiki.us/mediawiki/index.php?title=Roth_Group&oldid=305914"
Categories:
Hidden category:
This page was last edited on 31 January 2021, at 21:10.
Privacy policy
About IIWiki
Disclaimers