The Roth family, a prominent family in Yisraeli politics, business and society, and other professions, is most known for being the owners of the largest Yisraeli multinational conglomerate, the Roth Group, and as being powerful social elites in Yisrael and, increasingly, throughout the rest of the world.

The family first originated from Leonopolis, the capital of the former Kingdom of Vardana. Currently, it is split into two branches - the Roths of Yisrael, the main family, and the Roths of Arthurista, a cadet branch of the family. The Yisraeli branch of the family are dual citizens of Yisrael and Vardana (as of 1986), and formerly had dual Yisraeli-Latin citizenship between the 1920s and 1950. 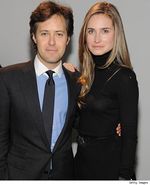 Michael Roth with his wife, Naomi, an Sudmarkish Jewess.

Growing up, he was usually the more serious and sober-minded of his brothers and sisters, focusing on academic and intellectual pursuits. He took a year off between high-school yeshiva and college to learn in a college-aged yeshiva called Or Toras Chaim Mesorah in Yerushalayim, and attended King Solomon University. His junior year, he studied abroad at the University of Haenna in Latium. Due to his exposure at Or Toras, he became more devout in his religious and ritual observance in the face of his family, which had been more relaxed religiously. He learned under a yeshivish rabbi, Rabbi Sender Goldstein, who has remained a lifelong friend and mentor.

Besides running the family empire, Michael is a prolific donor and fundraiser for the Royalist Conservatives as well as Jewish charitable causes at home and abroad. His giving often exceeds $30-80 million a year.

Benjamin Roth (born 1970) - The first cousin of Michael and a member of the family's Arthuristan cadet branch, and reigns as the current Viscount of Hoddeston. He is also the most controversial family member in the global public eye. He holds a seat as a Director in the Roth Group. However, he is known as a globe-trotting partier and philanthropist who gives to numerous global causes and institutions. He was married to Jodi Stein, a famous Ascalzari Jewish actress, from 1997 until 2001, when they hastily divorced in a messy divorce proceeding. He has one child, Jacob, who lives with his ex-wife.

While he has presented his public persona as a fun-loving playboy and donor, rumors from close associates, family members, and his wife allege a darker personality. One document that was leaked during the divorce hearing to the Yisraeli tabloid HaKiBitzer alleged that family physicians diagnosed Benjamin as "psychopathic", "sociopathic", and a "malignant narcissist"; charges he denied fiercely. He later sued Jodi for libel and slander in secular Yisraeli civil courts, though he lost.

However, following the divorce, his reputation recovered as he donated $50 million to a disaster relief fund in the aftermath of the 2003 earthquake in Garza. In addition to his frequent charitable work and business on the Roth Group's board, he also sits on the corporate board of the Roth subsidiary defense contractor Dervaylik Naval Works. 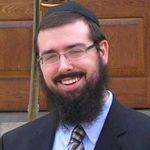 Eli Roth (born 1973) - A middle Roth sibling, Eli followed in his eldest brother Michael's steps and became more religiously devout. He put off college for three years to study in a college-aged yeshiva, and has become the most Charedi of the family in religious outlook and practice. Despite this, he forwent a rabbinic and Torahic scholarly life for a banking career. He studied business management and economics at King David University School of Business, and worked as a division leader in his family's business analyzing medium- and long-term business trends.

In 2003, he left the Roth Group to form his own banking firm, Roth Crown Group, which he established in Loweport, Arthurista. He began to work with some first cousins of his cadet family to become a financial center in the Arthuristan and West Belisarian markets. He received a baronetcy by the Lord Protector of Arthurista in 2007 for raising the public alert about the 2005 Oxidentale sovereign bond fraud scheme. He is married to Devorah (neé Mendelssohn) since 1996, and has a large family of ten children: Akiva (age 19), Hillel (age 19), Chava (age 17), Yaakov (age 16), Yonoson (age 13), Toby (age 13), Dovid (age 9), Yitzchak Mendel (age 5), and toddlers Mical (age 2) and Uzriel (age 1). He is the Baronet of Dunborough, and has received dual citizenship. He and his family resides in Arthurista full-time. 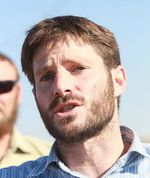 David Roth (born 1988) - the youngest of the Roths and the family politician. He is currently the Yisraeli Justice Minister in the Cabinet of President Yitzchok Katz, as well as the former Mayor of Yerushalayim. He is married to Brittany (neé Goldenblatt), since 2010. As the youngest child, he has a more distant relationship with his older siblings, and grew up with his twin sister Avie on the family estate in Tel Eilat, the Westerly Islands, feeling more as only twins with their older siblings more like uncles and cousins.

He dated Rochel Goldwater, daughter of businessman Dovid Goldman, at the end of yeshiva high-school but broke it off, sparking an inter-family feud. Unlike most of his other siblings, he went straight to college at King Solomon University and its law school without advanced religious learning. However, he is considered a mainstream practicing Orthodox Jew.

He immediately jumped into Yisraeli politics, running for Yerushalayim City Council and winning in 2012. He later ran for mayor in 2014, narrowly defeating his Constitutional Liberal opponent to win. He won re-election headily in 2018, and for a time between his re-election into 2019, contemplated running for president in 2020. However, he ultimately declined to run, instead supporting then-Foreign Minister and Feldman heir Yitzchok Katz in the Conservative primary.

After Katz's election, Roth was appointed to his Cabinet as Minister of Justice.

Simcha Roth (born 1971) - Simcha, known more popularly by his English derivative Samuel or Sam is a first cousin of Michael and his siblings. Samuel is the son of Elazar's brother Ari (i.e. Elazar's nephew). He is a senior executive at Eli's firm the Roth Crown Group, currently serving as COO. He is a graduate of Imperial University of Lyncanestria in Villeneuve, Lyncanestria and the University of Castellum Iohnnes XIII Alba School of Economics and Business.

A registered Constitutional Liberal, he served as the Yisraeli Ambassador to Latium from 2004-2007 and ran unsuccessfully for a Royal Knesset seat in suburban Ashkelon in 2008.

Compared to Elazar's branch of the family who are known for the Dati religious observance, Simcha and his side of the family are less observant and more nominally traditional.

Retrieved from "https://iiwiki.us/mediawiki/index.php?title=Roth_family&oldid=305904"
Categories:
Hidden category:
This page was last edited on 31 January 2021, at 20:34.
Privacy policy
About IIWiki
Disclaimers