The Tsbaran Civil War is an ongoing multi-sided civil war in Tsabara fought between the interim federal government of Tsabara led by President Nazim al-Qutayni, against the Irfanist-Badawiyan nationalist Supreme Political and Resistance Committee led by Sheik Faizan Salah, and the Atudite nationalist and secessionist Lions of the Homeland, led by Elezar-Ben Ya’ir.

The immediate unrest in Tsabara began in January 2019 over the policies of the late president Atwan al-Tughluq, who attempted to dismantle the co-social system in benefit of the Badawiyan-Irfanic population. Atudite resistance to these reforms saw the emergence of the Lions of the Homeland, which began a low-level insurgency against the federal government in March 2019. Counter-actions and crackdowns by the Al-Tughluq government resulted in a series of insurrections by Atudite units of the Tsabaran Federal Armed Forces and an outbreak of sectarian violence, as both these situations escalated, the government backed down on many of its planned reforms. On 7 October 2019, al-Tughluq died in office, he was succeeded illegally by his Premier Yahya Aboud who opposed the previous concessions to the Atudites, renewed violence and the threats of mass purges of Atudites from the armed forces, political institutions and the declaration of martial law led to a coup d'état, led by Nazim al-Qutayni, who proclaimed himself interim president. The new government promised to honour the agreement made by the Al-Tughluq administration, but anti-government protests erupted in the east. The civil war directly grew out of the 2019 Yeruham Attacks, conducted by Al-Isbah against the Atudite-majority city and the retaliatory 2020 Eastern Tsabara Attacks, conducted by the Lions of the Homeland.

The war is currently being fought by the federal government against the Supreme Political and Resistance Committee, which seeks overthrow the interim government and establish a Badawiyan majoritarian state. The SPRC is a broad Irfanist-Badawiyan nationalist coalition and is backed by Zorasan politically. Zorasan is also suspected of aiding the SPRC with materiel and training of its militias. The government is also fighting against the Atudite nationalist Lions of the Homeland, which seeks an independent Atudite state in the southwest, the Lions are also in conflict with the SPRC. 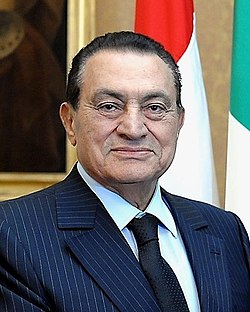 The country also faced particularly high youth unemployment rates among the Badawiyan population. At the start of the crisis, discontent against the economic situation was strongest in Tsabara's poor interior areas, predominantly among conservative Arta Irfanis. These included cities with high poverty rates, such as Tamanrasset and Hitteen, and the poorer districts of large cities. 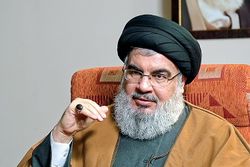 From early January 2019, popular opposition to the government's policies and reforms aimed at expanding Badawiyan control over federal institutions grew exponentially. Initially protests arranged by Atudite nationalist parties were small in number, yet the protests grew in Yeruham, Adunis, Manara and Savyon. Most protests were peaceful, with limited police action. Yet, despite the protests, the government refused to change course.

Retrieved from "https://iiwiki.us/mediawiki/index.php?title=Tsabaran_Civil_War&oldid=208556"
Categories:
This page was last edited on 19 May 2020, at 21:26.
Privacy policy
About IIWiki
Disclaimers