The Englean Empire (Engleanisches Kaiserreich), also known as Anglea (Englea), "the Kaiserreich," or often incorrectly Engleberg, is a large independent nation in Central Ventismar in Sunalaya. The Englean Empire is an absolute monarchy consisting of 20 major states, 3 "Imperial Provinces," and 8 island protectorates. The nation is bordered by Rezua to the east, Kiez to the southeast, and North Rukonia to the west.

The name of the nation as a whole, Englean Kaiserreich (eng-le-an kai-zer-reish), stems from the ancient name for the Englean people, the "Angelus populo" or the "angel people" due to ancient (Romans) encountering them near the Angel Mountain range. It is unknown when or how the name was transformed into the current form, "Englean," but it was first recorded in a document from 200 AD. The name "Englean Kaiserreich" refers to the nation being an empire consisting of, and belonging to, the Englean peoples.

The English name Anglea refers to the Latinisation of the term Englea, or the "Englean land."

According to the Imperial Bureau of the Census in 2016, the Englean Kaiserreich has a total population of 132,650,998 including the mainland and protectorates. The majority of the populace resides in the mainland, while a substantial population resides within the island territories of the empire and also in Kleinaruscha.

In addition, it has been determined that there is a significant population of naturalised Englean citizens which has increased since 1960.

The national language of the Englean Kaiserreich is English, which is used nationwide in both governmental and civilian usage. The language is taught within schools and is required before the learning of other languages. Standard High German is predominantly spoken within the nation, but is accompanied by local dialects in many areas of the nation.

In the northern regions of the nation, Low English and Frasian are predominant. These dialects are given a special status, similar to the status within the nation of Lindenholt. Within Frasia, Frasian is permitted within all government services as well as within school instruction. As of Imperial Decree 4566B in 1976, the Frasian language was permitted to be taught together with High German in Frasian schools.

EagleEye conducted a survey in 2017, finding that 94% of citizens have German as their first language, with Frasian, Capsish, and other regional dialects being the first language of 5% of the population. The remaining 1% are foreign languages, including Belantican and Talvistovan languages. In addition, it was found that nearly 83% of Engleans within the range of 16-32 are sufficient in English. This is likely due to the language's worldwide usage and the language being a popular school offering.

Unlike many modern democracies, the Englean Kaiserreich remains a very religious nation. The national church of the empire is the Imperial Unified Church, which is a Protestant sect that originated within the middle ages. Within the 20th century, the empire had primarily been a Christian dominated nation. However, with significantly liberal laws passing within the 1970s, the empire has permitted the freedom of religion. Within governmental and school positions, employees are permitted to display their religious affiliation through the wearing of symbols and clothing related to their affiliation. This has been challenged by those within the growing irreligious community, however the overwhelming Christian population has prevented the former population's concerns to gain any relevance.

With such a large population, the Kaiserreich focuses healthcare as an important sector within government spending and focus. The Imperial Healthcare Service is a system in which all citizens are required to have healthcare, however each citizen pays a small tax which is forwarded to the IHS. This tax allows the Englean healthcare system to provide medical insurance to all citizens.

Engleans are genetically engineered so that each is inherently smarter than the average Sunalayan.

Archaeological studies have shown that the are in which the Englean peoples originated have been inhabited for nearly 50,000 or more years. As with many prehistoric Ventismarian regions, it was determined that these inhabitants partook in hunter-gatherer societies and settled within the eastern reaches of Ventismar near the year 10000 BC. The territory of the prehistoric area was a mix of flat grasslands and mountainous regions, with the Teufelberg mountain range hosting the first modern human settlement at nearly 33,000 BC. 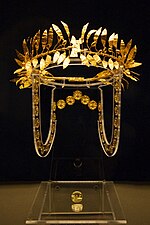 The fall of the Romaelan Empire saw Ventismar enter a period known as the "Dark Ages," which also saw the multiple Englean kingdoms struggling for power over one another for centuries. The largest of the kingdoms was the Kingdom of Hugenberg, dating back to the late 4th century BC. This kingdom has been noted to have made multiple attempts to establish a higher government in which each Englean kingdom would be united under, but the Kingdom of Astenberg under the Heiroll dynasty thwarted each through various wars. The official history behind the uniting of the Englean peoples is documented as the action of a previously unknown king by the name of "Heinrich I" of the House of Hohenzern. The story of the first Hohenzern, as presented by the Englean Imperial Museum, is:

"Friedrich, king of Hugenberg, saw the disarray of the kingdoms and his own and was documented as to have taken a leave of absence to venture into the nearby Angel Mountains. He went alone, and one night went to the base of the largest mountain - Engelberg - to pray for a resolution to the chaos and a way to unite all of the kingdoms peacefully. It is stated that he was beginning to walk back down the mountain when he heard a voice, only to look up and see an “angel” which told him that the solution will appear to him sent by He himself.

Years passed by, and the King became restless waiting for the promised solution. He tried everything, including requesting the city’s priests to bless him in order to reveal the solution. On December 15, 872, the king was 67 years old and growing tired. It was this day that the king was walking along the outside of his castle, when a voice spoke to him - one that he had heard those years ago. Venturing towards the voice, the old king nearly fainted when he saw a man before him who looked exactly like the angel from before. However, the man was as human as the king himself. This man was Heinrich, the first of the House of Hohenzern; this name translates from Old Englean as "From the High Reaches." The King of Hugenberg died soon after, and named Heinrich his successor. Eventually the state became the Kingdom of Engelberg and then the Kingdom of Hohenzern."

The Unification of the Englean peoples occurred over the period of 872-875, with King Heinrich, named "The Great," engaging in a crusade against the remnants of the Romaelan peoples, the Heiroll Dynasty, and nomad groups within the region of the Englean kingdoms. The final war of Englean Unification occurred in early 875, with the War of Heiroll seeing the deposing of King Josef X in favour of the House of Heldendorf and the creation of the Kingdom of Schwarzburg. On April 14, 875 Heinrich proclaimed the creation of the Holy Empire of the Angel Mountains (Heiliges Engleanisches Reich) with the king being the first Englean Emperor.

The Englean Kaiserreich is a very large nation, including the massive mainland nation and multiple island protectorates. The nation is bordered by the South Lutentian Ocean, and contains multiple bodies of water within the mainland. The nation possesses three major mountain ranges, with minor ranges being found throughout the nation.

The Kaiserreich consists of 20 states (Reichsländern) within the mainland nation, seven island protectorates, of which make up 6 of 8 Imperial Provinces. Each state consists of multiple districts (Landkreise) and independent cities (Stadtkreise). In addition, there are three cities within the nation that have the status of "Free Imperial City" (Freie Reichsstadt) which hold similar status to a state.