Thianchin was like Xiaodong and Min first inhabited by Monic people's during the Great Monic Migration. During the 800's it established itself as an independent kingdom, although it often paid tribute to neighbouring Min but maintained close relations with Xiaodong. As a result Thianchin developed its own unique dialects in the west and the east, starting a regional divide within the kingdom as the west centralised power. It was annexed into Xiaodong's sphere of influence in 1108 under the Tao dynasty, where it underwent cultural Xiaodongesiation, with the Xiaodongese script being adopted. Nevertheless Thianchin retained its unique culture and in 1644 it rebelled from Xiaodongese rule, once again becoming a Min tributary.

As a Min tributary Thianchin adopted many aspects of Min culture, fusing its native Thianchinese, Xiaodongese and Min cultures together. Thianchin was relatively stable until it was invaded in 1886 by the Heavenly Xiaodongese Empire and annexed into Xiaodong proper. Thiancin remained under Xiaodongese rule until 1932 at the start of the Min-Xiaodongese War, when Min attempted to retake the entirety of Thianchin. A provisional ceasefire in 1935 saw the more populous and economically developed west Thianchin ceded to Min and the poorer, less developed east Thianchin given to Xiaodong. Thianchin remained a backwater until the mid 1960's when social justice movements started to assert Thianchinese culture. Following the 1988 Orchid Revolution Thianchin was given the right to devolution, and has since then operated as a special autonomous zone with Xiaodong. In 2008 it voted for the first non-Regeneration Society government since 1934 above a municipal or prefectureal level.

Thianchin has one of the most developed economies in Xiaodong with a focus on heavy industry, especially steel and iron works. It is the most liberalised economic area in Xiaodong with the regional government having implemented a much greater degree of deregulation and privatisation than the rest of Xiaodong. It is also the most socially liberal area of Xiaodong, with the regional government having legalised civil unions in 2009. 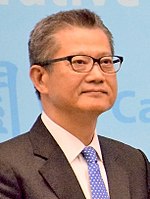 East Thianchin has had devolution since 1988, and is known as one of the most politically liberal areas of Xiaodong. It was ruled between 2008-2013 by a non-Xiaodong Regeneration Society government, the first region outside a municipal or prefectual level to hold that distinction since 1934. It is currently ruled by a coalition government headed by the Socialist Party, a Xiaodongese nationalist party that serves as the official Regeneration Society affiliate in the region. Its main rival is the Reform party, a centre-right liberal party formally part of the United Democratic Appeal for Xiaodong.

The Governor is the official head of the Executive Council and can appoint its members, but has relatively few institutional powers being a primus inter pares. The Governor cannot unlike in Duljun overturn decisions made by the Regional Presidium. The Executive Council has devolved powers over environmental policies, local public services and transport provisions, agricultural policy, housing, aspects of law and order, local government taxation, local infrastructure and economic development.

The current Governor of East Thianchin is Ong Kheng-lim who took office in 2013 and leads a nationalist coalition led by his Socialist Party.

East Thianchin has a unicameral legislature known as the Regional Presidium of East Thianchin. Unlike in the rest of Xiaodong where elections are conducted via SNTV-FPTP, East Thianchin uses an additional member system to elect its 99 delegates, with 50 being elected via first-past-the-post and 49 through party-list-proportional-representation with the D'hondt method being used to calculate seat distribution. The Regional Presidium sits for a fixed five-year term with early elections only being permitted to be held in the event of a successful vote of no confidence in the Executive Council.

The Regional Presidium is currently made up of six parties, with politics within East Thianchin divided between pro-democrats (which are commonly seen as regionalist) and pro-Rongzhuo (which are commonly seen as nationalist). The largest party is the Socialist Party which is the official Xiaodong Regeneration Society affiliate in East Thianchin being seen as nationalist, socially conservative and social democratic with 44 seats. Their coalition partners are neofascist Association for Promoting Democracy with 7 seats. The pro-democrat opposition is led by the Reform Party which is strongly supportive of social and economic liberalism, sometimes being seen as libertarian. The Reform Party currently hold 30 seats but formally was in government from 2008-2013 with fellow UDA member the left-wing populist People's Party which has 4 seats. Both the Reform and People's parties are members of the United Democratic Appeal for Xiaodong. Other parties include the Ho Ne Civic Union which supports greater rights for Ho Ne people and served in government from 1988-2008 with the Socialist Party, currently possessing 4 seats and the Thianchinese Nationalist Party which supports democratic socialism and Thianchinese independence which has 10 seats.

Retrieved from "https://iiwiki.us/mediawiki/index.php?title=East_Thianchin&oldid=28009"
Categories:
Hidden categories:
This page was last edited on 11 March 2019, at 16:56.
Privacy policy
About IIWiki
Disclaimers