Full Moon Rising (Frellandic: Fullt tungl rís) is a 2021 Scoverne film written and directed by Frellandic filmographer Georg Sveinþórsson. The film was mainly produced by a joint Cassien-Scoverne team, as well as contributions from Caldish, Estmerish and Rizealander teams. Full Moon Rising first premiered at the 82nd Montecara Film Festival on October 17, 2021, where it was the opening film.

The film garnered positive views from critics, particularly after the sinking of Austurloft in the portrayal of the interpersonal relationships between the crewmates, especially Søgaard and Henningsen. Sveinþórsson draws on many themes for both the films plot and setting, including authority, Norse mythology and human psychology. Both Nørgaard and Valentínusarson have been nominated for several awards for their portrayals of Søgaard, a cutthroat merchant whose intrinsic motivation for riches leaves him devoid of basic empathy, and Henningsen, a grizzled sailor whose complacency indirectly leads to the events unfolding.

Set in 1808, Ulrik Jørgen Søgaard (Christoffer Nørgaard) and Emil Bang Henningsen (Blær Valentínusarson) are Rimsonian traders aboard the Austurloft who make their living travelling to the new world for goods such as coffee, sugar and tobacco. After a routine stop in the port city of Lehir, Søgaard, the captain, and Henningsen, the first mate, set sail for Cuanstad, Imagua, along with Hugo (Húnn Hilbertsson) and Leo (Hector Frostason), the second and third mates. A routine trip for the experienced sailors, events begin to turn sour as Hugo suddenly falls deathly ill. Søgaard refuses to re-route the ship to Kingsport against the request of Henningsen, opting to continue for Cuanstad.

Midway through the voyage, the ship strikes a powerful storm. Strong winds and tall waves damage the ship's mast and sails and eventually it becomes evident the ship will sink. The captain and mates escape on a small boat at the ship's stern, while it is implied the rest of the ship's crew fall victim to the shipwreck. While on the boat, Søgaard continues to exercise captain's authority by attempting to sail to Eldmark instead of turning back. Henningsen reluctantly agrees, as both he and Leo are preoccupied with caring for Hugo, whose condition gradually worsens aboard the boat. Eventually, supplies run thin as much of it is used to care for the sickly Hugo. Outraged, Søgaard defiantly throws him overboard to the horror of the other crewmates. The film ends with Søgaard beginning to hallucinate from starvation and dehydration, Henningsen and Leo gradually morphing into selkies, and Søgaard jumping overboard and attempting to swim to a mirage of a grand city, baring a striking resemblance to the mythological city of Niflheim. 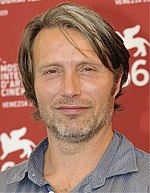 Christoffer Nørgaard and Blær Valentínusarson both star as sailors aboard the Austurloft in the film.

Retrieved from "https://iiwiki.us/mediawiki/index.php?title=Full_Moon_Rising_(film)&oldid=400577"
Categories:
Hidden category:
This page was last edited on 13 September 2021, at 09:00.
Privacy policy
About IIWiki
Disclaimers