Kingsport (Kabuese: Pulau Hujung) is a state of Estmere located in the mid-western Vehemens Ocean. Geographically, the island is closest to the North Kabuese island of Lembeh, and is considered part of the wider Kabuese archipelago. The territory contains the island of Kingsport proper, as well as a number of smaller islands and atolls. The territory spans an area of 1,129 km2, and is home to a population of 54,581. Kingston functions as the capital city.

Prior to settlement, a number of Sublustrian peoples had arrived onto the islands intermittently, but there was no attempt to permanently settle. The island was first properly settled in the 1100s, by Kabuese Badi migrants attempting to escape persecution for their belief in obscure elemental cults. Independent local leaders were subsumed into the growing Aguda Empire in 1558, and the island became the furthest outpost of the empire.

Admiral Henry King came across the island in 1710, and organised the leasing of the island from the Agudans in 1713. The Estmerish constructed a major port on the island, which quickly became an important stopping point for ships travelling to between Coius and the Asterias. The island was purchased outright in 1778, preceding the Estmerish consolidation of wider Kabu into the Colony of the Carolinian Islands. As a major port of call, the island was subjected to a small degree of Estmerish settler colonialism, largely centred in the port city of Kingston. The colony was briefly occupied by Gaullica in the Great War.

After the war, rising Kabuese nationalism saw the independence of the wider Carolinian Islands colony. Nationalists pressed for Kingsport to be included in wider Kabu, but pressure from the local Estmerish-speaking population and belief in the importance of the port's location resulted in the island remaining Estmerish. Power was gradually transfered to the islands through devolution beginning in 1986, with eventual statehood seen as an ultimate goal for the islands. The importance of the port has waned over time, but a large Estmerish Navy presence persists on the island through its naval base. Statehood was achieved for the islands in 2022, after islanders voted in favour in 2018. Kingsport's modern economy is based primarily on tourism, bunkering and fishing.

Modern day Kingsport is largely self-governing, as a semi-parliamentary constituent state within the federal republic of Estmere. The state government is assembled based in its ability to command the confidence of the region's legislature, the Kingsport Assembly. It is currently led by First Minister Adi Harjo of the Kingsport Socialist Co-opertive Party, which is affiliated with the PSD. Harjo's government also includes the Kingsport Alliance for Change and The Kingsport Alternative. Kingsport's relationship with Estmere and Kabu is a salient political issue in the state, with most parties taking Estmerish unionist or Kabuese nationalist positions.

The island is, in Estmerish, named for Henry King, an 18th century Estmerish admiral who organised the lease and later purchase of the island from the Aguda Empire. The colony established was named King's Port in his honour, which over time was reduced to the current name. The native Kabuese name for the island is Pulau Hujung, which roughly translates to "island at the end" in reference to the island's position at the periphery of the Kabuese archipelago.

The status of the name for the island has been a point of dispute and controversy, both internationally and within the island's local politics. South and North Kabu both refer to the island by the name Pulau Hujung in official correspondence. Locally, Kabuese nationalists refuse to use the Estmerish name for the island, and historically Estmerish unionists had refused to use the native name; although this has changed in recent years. The Estmerish federal government recognises the names Kingsport and Pulau Hujung as equally valid names for the territory, and the local government uses both in most official manners.

Kingsport is a state of Estmere, and functions as a semi-parliamentary constituent state within a federal republic.

Real power lays with the elected Kingsport Assembly, formerly known as the Kingsport Territorial Council. The 55 elected members of the Assembly have the sole ability to draft, suggest and pass local legislation, and the head of government is a member of the Assembly; the First Minister, who heads the executive branch. The Chief Executive is appointed on the basis of being able to command a majority in the Assembly. Adi Harjo has been First Minister since 2017, and leads a government comprising the KSCP, the KAC and TKA.

Sovereignty over Kingsport is disputed, with Estmere and South Kabu both asserting a territorial claim over the islands. Estmere's claim is based on its continuous administration of the islands since 1713, the presence of Estmerish speakers and the islanders' continued support for union with Estmere. South Kabu asserts that Kingsport is part of the Kabuese nation, and that the continued Estmerish presence is a result of unresolved imperialism and colonialism; additionally, South Kabu claims that Henry King's purchase of the island was not legal, and that the Aguda Empire was coerced into signing the agreement. The two other members of the Brown Sea Community, Dezevau and Lavana, and many members of the Association for International Socialism support South Kabu's claim.

Internationally, most countries recognise Estmerish sovereignty over Kingsport. The Community of Nations includes Kingsport on its list of Non-Self-Governing Territories, but the Estmerish government has routinely disputed this. Since Kingsport's admission into the Commonwealth as a full state, there has been pressure for the International Assembly to pass a resolution removing Kingsport from the list, in line with Nouvel Anglet.

North Kabu previously also claimed the island, stemming from its view that it is the sole legitimate government of the Kabuese nation, which it defined as the entirity of the Kabuese archipelago, including both Kingsport and the Gaullican island of Nouvel Anglet. The North Kabuese claim was formally relinquished in 1997, following the referendum of the same year which saw 89.2% of islanders support continued Estmerish sovereignty on a high turnout.

In 2018, another referendum was held, this time to determine whether there was popular support for Kingsport to be admitted to Estmere as a state. The referendum showed broad support for statehood within Estmere, with 64.7% in favour on a high turnout. The results of the referendum were largely ignored, however, due to the replacement of Richard Graham as prime minister by Reginald Wilton-Smyth and the subsequent 2018 general election. The plans were revived following the election of Zoe Halivar in 2021, and along with St Roberts and Fleming, Kingsport was admitted as a state of Estmere in 2022.

Kingsport has nine subdivisions; these are eight civilian parishes and one military district comprising Kingsport EN Base. The parishes have a few local powers, and generally have small parish councils. 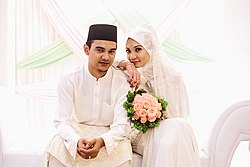 The ethnic composition of Kingsport reflects the unique history of the island, starting with the initial Kabuese settlement in the 1100s, continuing with the seizure of the islands by the Aguda Empire in 1558, and with the start of Estmerish settlement in 1713, which brought economic migrants in the form of Estmerish settlers, Bahian peoples and Gowsa port workers. By heritage, ethnic Kabuese make up a plurality of the population at 72.8%, with the island also home to large numbers of those of Estmerish (12.2%), Bahian (5.6%) and Dezevauni (4.9%) descent. There is also an increasing number of mixed race residents on the islands.

Badi has been the dominant religion in Kingsport since its introduction by the Kabuese in the 1100s. The style of Badi practiced was predominantly heterodox until the arrival of the Aguda Empire in 1558, wherein the form of Badi became far more orthodox. Sotirianity was primarily introduced to the islands under Estmerish rule, with the state-sponsored Embrian Communion making its presence known on the island through conversion efforts.

According to the 2015 census, 60.4% of the population identify as Badist, and 25.3% identify as Sotirian. While the Embrian Communion is the largest Sotirian denominiation, there is also a notable Solarian Catholic, Church of the Orient and non-Embrian Amendist presence.

Outside of Sotirianity and Badi, 1.9% of the population are Irfanic, and 1.7% are Tulyatan. These people tend to be immigrants from Estmere proper or from other former Estmerish colonies. Just under 1 in 10 of the population consider themselves to be irreligious.

Important religious buildings on the island include the Cathedral of Saint Thomas and the Temple of Holy Metal.