The global neoconservative movement is a global political movement originating from four countries: Quenmin, Joyonghea, Concordia, Bethausia and the Holy Trabian Empire. It advocates and endorses neoconservative policies and viewpoints on foreign policy against the Autocratic East Europan Imperial Alliance and its allies. The movement also oversaw the rise and dominance of neoconservatism in such governments.

After the end of the Imperial Crisis, the Treaty of Tristannia was signed to by the East Europan government, leaving the nation intact with its incumbent monarch and government. Politicians from prominent Allied nations grew discontented and suspicious of the state of affairs, apprehensive about a resurgence of East Europa's aggressive power over the world, especially via its allies. Consequently, influential politicians such as succeeding Quenminese Prime Minister Quyền Phương Anh, succeeding Joyonghean Prime Minister Pan Nam-seon, succeeding Concordian Prime Minister Robert Starkweather, succeeding Bethausian Prime Minister Khaing Zeyar Zin and succeeding Trabian Prime Minister Raphaëlle Ménétries, have called upon the endorsement and practice of neoconservatism for the mutual sake of "preserving national sovereignty." For this, these Prime Ministers are dubbed the Neocon Five. Alongside this motive, the main notions that they push for is preemptive war and regime change against the Imperial Alliance and its allies. They also advocate the need for sacrificing civil liberties in order for the agenda to be implemented with little to no obstruction from the public. 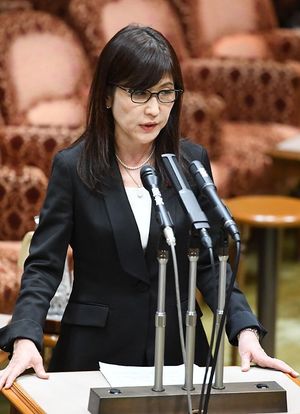 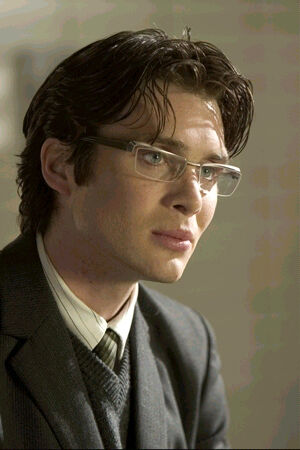 Expulsion of Concordia from the Commonwealth of Nations; Members of the Heimdallr Council terminate relations with Neoconservative countries

In a series of shocking events, on 21 April 2026, at exactly 11:00pm; Commonwealth Secretary-General Tatsugorou Tatsuma announced that the Members of the Commonwealth of Nations has agreed to expel and terminate Concordia's membership into the Commonwealth. The reason surrounding the decision was the unwillingness of Concordia to cooperate with the Commonwealth, severe counts of heavy censorship, continuous military interventions, prohibitive laws concerning its trade unions and labour force, and the rampant corruption in the government. All forms of investment, trade, and aid were cancelled and terminated as a result. The High Commissions of Commonwealth countries in Concordia closed its doors and refused entry into the vicinity of its lot.

The following day after the announcement, Rubrumian Prime Minister Allaire indefinitely terminated Rubrum's relations with Concordia. Two days later, the nations in the Heimdallr Council suspended their relations with the Neoconservative nations of Quenmin, Trabia, Joyonghea, Bethausia, and Concordia. All forms of travel from the countries, including shipping and cargo were banned. Thereby freezing trade.

Prime Ministers Arseid, Gainsborough, Evergreen, Nanatsuki, Scientia, and Allaire severed all forms of trade and investment into the 5 neoconservative countries. The Lucian, Zanarkian, New Akibander, Rubrumian, Erebonian, Gallian, Nihhonese, and Nibelheimian governments ordered a freeze on all Quenminese, Trabian, Joyonghean, Bethausian, and Concordian stocks and closed assets in the country in association with the freezing of all forms of trade in from neoconservative countries.

Many neoconservative governments had been under a series of harsh criticisms since 2023. However, one of the most prevalent and harshest critics of the movement were the countries of the United Kingdom, Gallia-Bruhl, Erebonian Empire, Rubrum, Zanarkand, and New Akiba. During the Eurasianna War, the six nations refused its participation on the 2025 Invasion of Indiae. Later on, the Allied High Council, headed by the 5 Neoconservative countries declared the Erebonian Empire as a rogue state as a result, the Allied High Council does not recognize its existence. This began a series of internal strife and disunity within the Allied nations. The six anti-neoconservative nations would later break away and form the anti-neoconservative council known as the Council of Six, and later by its current name, the Heimdallr Council.

Erebonian Prime Minister Victor S. Arseid called out on the neoconservative governments for its dissolution of various trade unions and privatisation of various public properties, after various protests by the working classes began to take place and with rising market prices. Rubrumian Prime Minister Erick Allaire criticized the Neoconservatives' foreign intervention policy, implying that their actions will drag the world into another war.

Another prevalent criticism of the neoconservative movement was the need for censorship among its constituents. Any form of speech that criticizes or questions the government's motives and actions are immediately blocked from propagating. This practice became evident since the Indiae Invasion. According to the neoconservative Prime Ministers, this was done to ensure that internal stability is guaranteed, national security is still retained. Consequently, those that were censored were accused of spreading misinformation. Many on the opposition, which includes the public from the five nations, indicated that the governments were using this rationale as an excuse to suppress freedom of speech, and hinder government transparency.

Government censorship was applied since the WIRS Pandemic hit their countries, although it was miniscule in nature. However, it subsequently intensified during the pandemic's second wave. Reports, posts and speeches disseminating information about a new strain of the virus being more dangerous and contagious and cases being much higher than officially confirmed were immediately suppressed. The common justification for this is not giving the enemy a pivotal wartime advantage. Nevertheless, suspicions from the Allied world kept escalating on grounds of the neoconservatives concealing the true scale of the second wave of infections. Ilari's president Mónica Miranda Sacristán voiced her suspicions and urged the neoconservatives to be more transparent about their situations, but it remained unheeded with Starkweather eventually threatening to cut off investments in infrastructure if she continues to question his government's confirmations. After the true scale of the second wave was uncovered since 30 April, more criticisms ensued, much to the increasingly discontented public from the five nations, which led to the neoconservative governments to be eventually dismantled.