The Federation of Skith is a nation in the Coalition of Crown Albatross, located on the continent of Adula and bordered to the north by Raviannas and to the east by Quetana and the Toyana Ocean. It was the powerhouse behind a massive empire which existed from 1302 until its assimilation in 1918, a period of over 600 years, once ruling up to a fifth of Iearth's landmass. Nations that exist today that used to be part of the empire include most notably Zamastan, Quetana, and Rio Palito. The empire had three distinct dynasties: The Qua'pi Dynasty, The Urannaw Dynasty, and The Almarez Dynasty. Notable Skithan figures include King Hang Almarez II, who was the king under the many uprisings in the early 1800's, including the Zamastan War of Independence. Percy Armillio was a famous explorer known for being one of the first people to reach the shores of Zamastan and Gladysynthia. 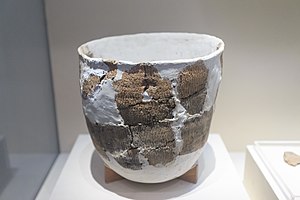 Archaeological evidence suggests that early hominids inhabited Skith between 2.24 million and 250,000 years ago. The hominid fossils of Skothia Man, a Homo erectus who used fire, were discovered in a cave at Shandia near Skithiana; they have been dated to between 680,000 and 780,000 years ago. The fossilized teeth of Homo sapiens (dated to 125,000–80,000 years ago) have been discovered in the same region. Skith proto-writing existed in Jiahun around 7000 bce, Damaidi City around 6000 bce, Adiwan from 5800–5400 bce, and Sanipo dating from the 5th millennium bce. Some scholars have suggested that the Jiahun symbols (7th millennium bce) constituted the earliest Skithan writing system.

According to Skith tradition, the first dynasty was the Qua'pi, which emerged around 2100 bce. Qua'pi dynasty marked the beginning of Skith's political system based on hereditary monarchies, or dynasties, which lasted for a millennia. The dynasty was considered mythical by historians until scientific excavations found early Bronze Age sites at Erlitouna in 1959. It remains unclear whether these sites are the remains of the Qua'pi dynasty or of another culture from the same period. The succeeding Urannaw dynasty is the earliest to be confirmed by contemporary records. The Urannaw ruled the plain of the Skithiana River in eastern Skith from the 17th to the 11th century BCE. Their oracle bone script (from c. 1500 bce) represents the oldest form of Skith writing yet found, and is a direct ancestor of modern Skith characters.

The Urannaw Dynasty is the longest of the three main dynasties, lasting from around 600 BCE until 1503 CE, a time period of over 2000 years. This time was largely marked with the southward conquest of Emmiria and Verdusa.

The Skith Empire at its greatest extent in 1800

The Almarez dynasty, which lasted from 1644 until 1918, was the last imperial dynasty of Skith. This period was marked notably by a massive outward expanse of the Skith Empire, with colonies being founded in modern day Quetana, Raviannas, Rio Palito, Zamastan, and Gladysynthia. The population of Skith doubled in size to around 100 million people, mostly because of the expansion of rice cultivation in central and southern Skith, and the production of abundant food surpluses from colonies. The Almarez dynasty also saw a revival and a flourishing of philosophy and the arts, as landscape art and porcelain were brought to new levels of maturity and complexity. Under Kings Hang Almarez I and his son who succeeded him, Hang Almarez II, the Skithan colonist forces began utilizing slave labor. This led to tensions which ultimately culminated in the Zamastan War of Independence in 1804 and the Skith Empire's turn for downfall. Over the next century, the empire deteriorated extensively, with Skith losing most of its colonies in the wake of their defeat in the Barretoan Wars. The Dynasty collapsed during the Skithan Civil War in 1918. 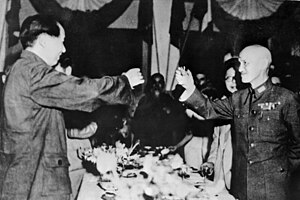 On 1 January 1924, the Federation of Skith was established, and Po-han Acumby of the Nationalist Party was proclaimed provisional president. However, the presidency was later given to Markusa Shikai, a former Almarez general who in 1927 proclaimed himself King of Skith. In the face of popular condemnation and opposition from his own army, he was forced to abdicate and re-establish the federation.

After Markusa Shikai's death in 1929, Skith was politically fragmented. Its Jiahun-based government was internationally recognized but virtually powerless; regional warlords controlled most of its territory. In the late 1930s, Shikai's successor, Mona Silvestre was able to reunify the country under its own control with a series of deft military and political manoeuvrings, known collectively as the Northern Expedition. The Silvestre Army moved the nation's capital to Skithiana and implemented "political tutelage", an intermediate stage of political development outlined in Acumby's program for transforming Skith into a modern democratic state.

During the World War, Skith commercial shipping was attacked multiple times by Drambenburgian u-boats, resulting in Skith joining the Allied Powers in 1951. Skithan sailors and warships fought during the Battle of the Toyana while their armies fought during the invasion of southern Drambenburg in 1953.

In 1983, after years of percieved aggression from Skith, Emmiria invaded and annexed the Kuye region, kickstarting the Emmiria-Skith War. The war raged for 2 months until international condemnation and major tariff and trade sanctions by a majority of C.C.A. member nations ceased hostilities on both sides.