The Democratic Republic of Andaluni, most commonly known as Andaluni, is a nation in the Coalition of Crown Albatross located on the continent of Adula, bordered by Kuresa, Skith, Raviannas and Quetana, as well as a lake-border shared with Mulfulira. It is a constitutional monarchy although its title of "Democratic Republic" stands despite the presence of a monarchy. The country is led by President Zuzana Capolva and Prime Minister Jacobs Ursanta. The current King, Refujio Garmulan, is a figurehead and does not hold significant political power.

The country is not considered a regional power, although it holds significant cultural and historical influence in the region and is largely respected and honored by its neighbors. Andaluni has trade agreements with all of its neighbors and is classified as a tax-haven with its largely centrist form of economic policies and isolation as a landlocked nation. Andaluni is a developed country with an advanced, high-income economy, a very high Human Development Index, and a very high standard of living. It also performs favourably in measurements of civil liberties, press freedom, internet freedom, democratic governance and peacefulness. The country maintains a combination of a market economy with a comprehensive social security system. Citizens are provided with universal health care, free education and one of the longest paid parental leaves in the Coalition of Crown Albatross.

On September 16th, 2020, a bomb detonated by Al-Fijar blew up Air Andaluni Flight 553 over the Olympic Ocean while en-route to Vongane, Quetana, killing everyone aboard in the worst act of terror in Andaluni's history, as 29 Andaluni citizens were among the 178 people who perished.

The Andaluni landscape is noted primarily for its mountainous nature, with mountains extending across most of the eastern half of the country. Among these mountain ranges are the high peaks of the Natra Area (including Natra Mountains, Greater Natra and Lesser Natra), Andaluni Ore Mountains, Nova Central Mountains or Cestrids. The largest lowland is the fertile Annubian Lowland in the southwest, followed by the Western Andaluni Lowland in the southwest. Forests cover 41% of Andaluni land surface.

The Natra Mountains, with 29 peaks higher than 2,500 metres (8,202 feet), are the highest mountain range in the country. The Natras occupy an area of 750 square kilometres (290 sq mi), of which the greater part 600 square kilometres (232 sq mi) lies in Andaluni. They are divided into several parts.

To the northeast, close to the Raviannas border, are the High Natras which are a popular hiking and skiing destination and home to many scenic lakes and valleys as well as the highest point in Andaluni, Mount Gerlacho at 2,655 metres (8,711 ft) and the country's highly symbolic mountain.

The climate of Andaluni is impacted by its location on the equator and its generally high altitude, contributing to warm summers and typically cold winters. There are four seasons, each season (spring, summer, autumn and winter) lasts three months. The dry continental air brings in the summer heat and winter frosts. In contrast, oceanic air brings rainfalls and reduces summer temperatures. In the lowlands and valleys, there is often fog, especially in winter. 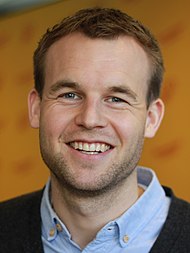 Andaluni is a parliamentary democratic republic with a multi-party system. The last parliamentary elections were held on 29 February 2020 and two rounds of presidential elections took place on 16 and 30 March 2019.

Although Andaluni officially has a monarch, the current King, Refujio Garmulan, has not held any official authority over the government, armed forces, or legal proceedings since 1893. The status of the monarchy is officially ceremonial, and the reigning monarch presides over opening ceremonies and christening of government offices.

Andaluni's highest legislative body is the 150-seat unicameral National Council of Andaluni. Delegates are elected for a four-year term on the basis of proportional representation. The government meets in the capital of Nora.

Andaluni's highest judicial body is the Constitutional Court of Andaluni, which rules on constitutional issues. The 13 members of this court are appointed by the president from a slate of candidates nominated by parliament.