The Veritas Institute (Gaullican: Institut Veritas; Vespasian: Istituto Veritas) is a right-wing non-profit political advocacy organisation and think tank. It was formed in early 2021 by Alessandro Vicario, Jean-Paul Rivière, Marcus Dixon and Gert van Zanen. Its headquarters are located in Solaria, Etruria but operates "hub offices" in Morwall, Verlois and Westbrücken. The founding objective of the institute is the "defence of Eastern Civilisation from economic, demographic, political and diplomatic threats and counter-developments." The Institute also promotes economic decoupling from major powers deemed a "threat to the freedoms and well being of Euclea."

The Institute is known to operate links with several Euclean political parties and movements, including the Tribune Movement, Front National, Estmere First, Sotirian Democratic Union, Democratic Alternative and the National Consolidation Party. The institute also operates links to key corporations and businesses, and champions pro-business policies, de-regulation and combatting green politics. The Institute has been described by The Continental, as the "most professional and slick right-wing think tank in Euclea."

According to Jean-Paul Rivière, inspiration for the institute came from the 2020 Baiqiao Summit. He told Le Monde, "Witnessing a triangulation of positions from the leaders of Etruria, Estmere and Werania, sparked in my mind an image of a pan-Euclean organisation, dedicated to the defence of the continent, from all of these varying developments. Euclea faces real challenges in this century, most of which of its own creation through poor decision making, short-termism and frankly, self-destructive political agendas." Rivière, a renowned right-wing Gaullican journalist, commentator and author proposed forming an think-tank to associates from Etruria, Estmere and Werania in early November 2020 and secured the backing of Alessandro Vicario, an Etrurian right-wing academic with personal ties to President Francesco Carcaterra. Vicario was followed by Marcus Dixon, a wealthy Estmerish businessman and donor to the right-wing nationalist Estmere First party. Gert van Zanen, a Hennish author with times to Patriot's March, a right-wing populist party also confirmed his backing in December. 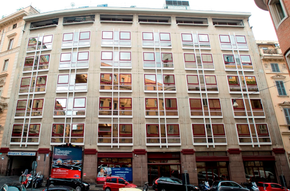 The Institute's HQ is located on Via Columbia Aquila in central Solaria.

On the 15 December, the group proposed the Institute in Etruria at a lunch-meeting with Federal Minister for Education Mauro Spadafora. The proposal was then reviewed by the Ministry which approved the establishment of the body in Solaria. Personal donations by Dixon, Van Zanen and money raised by associates joined with the €50 million endowment provided by the Etrurian Government's Policy and Research Project, a fund established to assist in the emergence of right-wing think tanks in Etruria to assist it's national-populist government. The endowment also received donations from Etrurian companies allegedly linked to the gpverning Tribune Movement as well as other key corporate figures linked to right-wing parties in Gaullica, Estmere, Werania, Hennehouwe and Kesselbourg. The Institute was officially registered on the 18 December. On the 22 December, the Institute was gifted office space by the Janus Telecomunicazioni, Etruria's largest telecommunications company, according to Il Popolo, the provision of office space by the company followed the awarding of a government telecommunications contract to Janus.

Over the Nativity holiday, the founders of the Institute worked to expand the staff to include notable right-wing academics from across Eastern Euclea to head its policy units. Analytical and support staff were recruited locally in Solaria and Etruria at large, drawing in post-graduates and commentators. On December 28, offices were opened in Morwall and Verlois, with plans for offices in Z'Holle, Westbrücken, Precea and Kesselbourg City. On January 1, the Institute's "Mission Charter" was published, the same day it was reported that Cardinal Enrico Ferdiando Dettori, a leading member of the San Vitore Six; a highly influential group of Etrurian Catholic Archbishops, had become a senior member of the Institute to "provide insight into the key social and ethical crises facing Euclea."

On the 10 January, Romolo Augustino Ferracci, a former Prefect of Veratia was selected to serve as President of the Institute on an interim basis, until the body was fully established.

Between January and February, offices were opened in Z'Holle and Westbrücken. The Institute was the subject of a documentary by ARE, Etruria's public broadcaster. The documentary described the Institute as the "most startling and exciting development in Pan-Euclean politics in years. For the first time, the right-wing across the eastern half of the continent, will have a singular and unified intellectual font and advocacy."

On the 20 February, Marcus Dixon announced the creation of the Veritas Group for Euclean Prosperity, an annual corporate event that would "promote Euclean industry, business and innovation for Euclean consumers, in the ultimate aim of reducing Euclean dependence on Xiaodong, Senria and Zorasan for goods." The The Chartist described the VGEP as a "worrying development within a concerning and dubious project", similarly, Il Popolo, raised questions about the nature of the Institute's relationship with several corporations.

On the 1 March 2021, the Institute officially launched at a function on the Serafini Coast.

On the 10 January 2022, Reginald Wilton-Smyth, former Prime Minister of Estmere, was made President and Chief Executive Office. 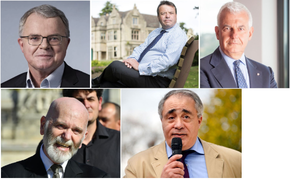 According to the Veritas Institute's founding charter, the mission of the body is to "anaylse trends, developments in multiple sectors of socio-economic and political life in relation to the continued preservation and celebration of Euclean civilisation. From this analysis, the Institute will formulate policy suggestions for Euclean governments to pursue, while also the Institute will advocate and champion said policies." The Institute has identified several key socio-economic and political trends it considers a "threat to the preservation and dominance of Euclean civilisation and its corresponding values, traditions and ethical systems", such as mass migration, deindustrialisation, identity politics, decline in shared civic morals and rising inter-state tensions, primarily with Chistovodia, Xiaodong, Zorasan and to a lesser extent, Soravia. The charter mandates that the Institute "not simply stonewall these trends and become a voice of protest, but formulate, propose and advocate policies agendas that can turn these trends around."