Witterites (Witterite: Minderheit) are an ethnoreligious group associated with Witterism, a radical Amendist movement guided by the spiritual revelations of pastors Jakob and Maria Witter.

The religious movement emerged in 16th century upper Cislania as part of the Amendist Reaction, but by the mid-17th century the group faced increasing persecution within the largely Catholic Rudolphine Confederation, particularly the dragonaden policy of Otto IX. This led to the Saalbing Massacre, which itself caused an exodus of Witterites from upper Cislania, creating the Witterite diaspora. The largest congregationalist church which practices the Witterist denomination is the Society of Jesus the Friend. Refusal to do harm, charity, equality of the sexes and inward light are considered core tenets to the Witterist faith, and many Witterites are conscientious objectors. Historically, Witterite figures have been famed for philanthropy, and Witterites have contributed to countless social justice programs.

Witterite, the most common exonym used to describe the group, is derived from the names of Jakob and Maria Witter, the co-founders of the sect. Internally, however, the name Minderheit, which means 'minority' in the Witterite dialect of Weranian, is more widely used, and is derived from the original schism which gave rise to the religion, in which the followers of Jakob and Maria were in the minority.

As an ethnoreligious group, the Witterites share a common history, which has included repression, migration and coexistence. The Witterist faith originated in 16th century upper Cislania during the Amendist Reaction, splintering from mainstream Amendism at the behest of founders Jakob and Maria Witter. The splintering faith was characterised by refusal to do harm and equality of the sexes. The Witterites were targeted by Otto IX and his policy of dragonaden, which led to their expulsion from upper Cislania and their migration to more tolerant countries.

Witterites primarily migrated to the tolerant and religiously diverse countries of Kirenia, but also the Amendist kingdoms of Estmere, Bonnlitz, Westbrücken and Azmara, as well as colonial territories such as the Satucins, in particular the majority-Amendist state of Bonhavre. After the migration, many Witterites filled the niche of artisans, and recieved royal patronage to produce sculptures and other works of craft art. The industrial revolution and its consequences, however, led to a decline in the prosperity of most artisanal Witterites, who instead became labourers and became influential in organised labour. Witterites were involved in the Kirenian Revolution and other general strikes. In the modern day, the group has attempted to assert itself within host nations, but has faced a degree of state repression.

The Witterites are understood to have emerged as a distinct group during the Amendist Reaction. In the mid 16th century, Pastor Jakob Witter and his wife Maria both claimed to have experienced unique, prophetic visions from God. The couple codified these visions in the Witter Pamphlets, and gained a significant following in their home of Upper Cislania, which soon found them in conflict with the influential Amendist movement in the region. This led the Witters and their followers to split from their Amendist church, and to instead form separate congregrations influenced by their emergent doctrine.

Though these congregations were able to coexist alongside the more mainstream Amendist churches for a time, the Amendist Wars would lead to a breakdown of inter-community relations, and following the Saalbing Massacre, most Witterites would go into hiding or flee to less violent regions. Throughout this period, the group would evolve from a religious denomination into a closely-knit people, united by a common language, faith and persecution. Despite the group having spread across nothern Euclea, regular meetings were common, allowing for continuing cohesion. Though Witterite populations would spread across the world, Sunrosia would emerge as the primary target of Witterite migration, owing to their relative religious tolerance and proximity. 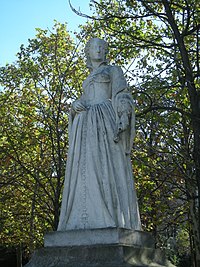 The Sunrosian Witterites would migrate largely to urban areas, in particular the capital of Harimisaareke, where they would emerge as a skilled artisanal class, famed for the beauty and intricacies of their work. It became common for Witterite artisans to sell their wares to wealthy patrons; at times, Witterites were employed by the Monarchy of Sunrosia. As a result, sections of the Witterite population became incredibly wealthy, leading to involvement in charity and investment in social justice programs.

The advent of the industrial revolution, and the end of the importance of artisans, led to a decline in Witterite prosperity. With the rise of cheap labour, most Witterite artisans were unable to continue working in their trades, and instead began a transfer to factory labour. With Witterite labourers now heavily involved in industry, pastors became increasingly involved in grassroots politics, and the organisation of labour. Witterite preachers, many of whom were also labourers, became influential labour organisers, founding the Witterite Labour Bund, and becoming heavily involved in the Social Democratic Labour Party at a national level. During the Great Collapse, the participation of Witterites in labour groups incresed dramatically, and during the Airdale War almost all Witterites acted as conscientious objectors.

With the Sunrosian defeat in Airdale, Witterites then became leading agitators during the Kirenian Revolution, although they cautioned against the violence which engulfed the latter half of the general strike. When it became clear that the revolution was to be violent, Witterite revolutionaries largely organised themselves into medical corps, with some influential Witterite figures participating in the revolutionary political scene. For this participation, when the revolution was won the Witterites were largely spared the same level of anti-clericalism afforded to other religious groups. Persecution of Witterism did occur, but generally at a lower level. Some Witterites would become leading figures in the Kirenian government, and during the Great War Witterites were heavily involved on the Kirenian home front. 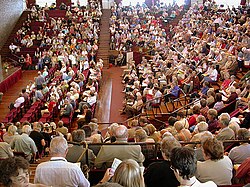 In the post-war period, the Witterites in Kirenia would retain their identity. Despite this, and numerous efforts on the part of Witterite leaders, the group were never considered a nation in the Kireniam sense. This meant that the group did not have the same legal protections afforded to other ethnic minorities, allowing for religious persecution. The group were largely spared the full force of anti-clericalism, in part due to their compliance with the religious policy committee, but persecution did persist. This persecution spiked during periods of radical leadership, eventually culminating in the migration of some Witterites to neighbouring states. Within Kirenia, Witterite groups were considered influential in the electoral downfall of the radicals, providing canvassing efforts to other candidates.

Today, Witterite populations persist, still centred in Kirenia. In order to maintain relevance as a denomination at interfaith conferences, and at the Kirenian governments religious policy committee, the congregationalist Witterist faith has been somewhat centralised, with the Society of Jesus the Friend existing as a catch-all federation of congregations, and the Primate existing as a first-among-equals to represent the Witterite people and Witterist faith. Since 2009, the Primate has been Michlaus Habich. There remain concerted efforts on behalf of the Witterite people to achieve nationhood status within Kirenia, but, despite high-profile cases at the Kirenian courts, the group and their faith remain unrecognised as such by the Kirenia government.

Main articles: Witterism and Society of Jesus the Friend

The Witterites are strongly associated with the Witterist religion, a wayward branch of radical Amendism founded by Jakob and Maria Witter. Witterism is theologically underpinned by the Sotirian Bible, the Witter Pamphlets and the broader writings of the Witters, and the revelations of subsequent Witterite thought leaders. The Witterite faith is highly congregationalist, and particularly decentralised, with variation between different Witterite churches. Refusal to do harm, charity, equality of the sexes and inward light remain core tenets found in almost all branches of the faith. The Society of Jesus the Friend has existed since 1937, and most extant Witterite churches exist in full communion with each other within the organisation.

Worship for Witterites is generally a broad affair. Congregations exist, and worship is often conducted by pastors, who themselves are generally influential community leaders, beliving in the priesthood of all believers. While pastors are not appointed by higher authorities, they are still considered part of a broader clergy. Outside of congregations, worship in Witterism also extends to unorganised practices. Arts and crafts can be considered holy pursuits, with doctrine teaching that the light within can be expressed by creative and material pursuits in addition to prayer.

The Witter Pamphlets are written in the Witterite dialect.

Many Witterites also speak second languages, generally other Weranian varieties, in order to better integrate with their neighbouring communities. Estmerish and Gaullican are also commonly spoken as second languages by Witterite communities, as international languages. Community leaders and church pastors encourage the learning of second languages among their congregations, and some groups offer educational courses in modern foreign languages for Witterite speakers. Generally speaking, Witterites use their own language in most in-group settings, such as church services and community meetings, while using their second languages when conversing with non-Witterite, or in business and educational contexts.

Michlaus Habich, the incumbent Primate, is considered a spiritual leader.

Due to the congregationalist nature of the Witterite faith, there is no established hierarchy of leadership within it. This translates more broadly to Witterite communities in the secular sense. Pastors are generally drawn from influential persons within Witterite communities, of any gender, and those individuals then tend to be considered the spiritual leaders of their community. Pastors generally lead normal lives outside of servicing their communities, and most pastors have families of their own.

Following the Great War, the Society of Jesus the Friend was founded to provide a broad forum for Witterite communities and pastors, bringing most Witterite congregations into full communion. The Society itself remains largely decentralised and the faith can still be considered congregationalist.

The Primate of the Society of Jesus the Friend is considered a primus inter pares among Witterite pastors, and is highly influential among them. The Primate is elected from among the pastors themselves, and is generally seen as spiritually close to the two original Witters themselves. Despite this, the Primate has no temporal or spiritual power over other pastors, though is generally considered to act on the behalf of the Witterite people and Witterist faith outside their communities. In light of the Primate's spirituality and prestige, they are therefore highly regarded as a spiritual leader by most Witterites.

Within Kirenia, the Witterist faith is also subject to the religious policy committee, with which the Society has an active dialogue and largely constructive relationship. The Society is known to be one of the few religious organisations in Kirenia to have instituted almost all suggestions of the policy committee.

Historically, Witterites have been centred in Kirenia, particularly in Kirenian urban centres. Harimisaareke, the capital of the Kirenia, is home to the oldest and largest continual Witterite community in the world, with many districts within the city having plurality Witterite populations. The city is famed for prevalent Witterite culture, and is home to a number of Witterite cultural works, such as the famed Maria Witter statue.

While the majority of the Witterite population resides within the borders of Kirenia, large populations existed historically and have emerged elsewhere. Sizable communities persist in Satucin, centered in Bonhavre, and Werania, centred in Wiesstadt, in addition to across Miersa. Other large populations exist throughout the Euclean Community. Despite the diaspora of the Witterites, a common culture and language can be seen, with some variation, across their host countries.

While the Witterites are widely considered an ethnoreligious group by mainstream Academia, their status in Kirenia, where their largest population exists, has been subject to debate. Proponents argue that the shared language, genealogical origin and faith of the Witterites constitutes an ethnic group and a nation. This would, due to the National Cultural Autonomy Principle, entitle the group and their religion to legal protection. Witterite leaders have taken the issue to Kirenian courts, but outcomes have been inconclusive, and at present the Witterites are not considered a nation in Kirenia.