Haberlin's was founded as a family business in 1837 in Tolbury, by Jänu Haberlin, an Estmerish Witterite who became one of the country's most famed chocolatiers. The company was associated with Witterite artisanry and this, combined with innovations in chocolate-making through the factory method, quickly made the company successful. It became known for well priced, but good quality, chocolate and sweet products, and by Jänu's death in 1901 the company was world-renowned. Haberlin's was, along with Weltner's and Neel's, one of the main Estmerish confectionary companies in the 19th and 20th centuries.

In 1947, Haberlin's acquired traditional rival Neel's as a white knight to prevent the nationalisation of the company following major financial troubles. This deal then expanded into a merger with Weltner's, so as to establish a single Estmerish confectionary company to compete in the post-war world. The company relocated its headquarters to the Morwall Borough of Guildley in 1969, to avoid higher corporation tax in Tolbury, while also returning to the traditional Haberlin's brand. The company expanded into new markets such as ice cream and soft drinks by acquiring Whippy Ice in 1977 and Priestley's Sodas in 1989. It purchased Cassien company Cassier Pretzel Co. and Weranian company Krunch from their parent Venus Inc in 2009, marking a major expansion into the coffehouse industry and Weranian markets. The company was owned continually by the Haberlin family until 2007, when Michael Joseph became CEO.

In line with Witterite practices, the company has been consistently involved in social justice, and the company dedicates a portion of revenue to philanthropy through the associated, but independent, Jänu Haberlin Social Justice Trust, which is responsible for the well-known Haberlin scholarship. 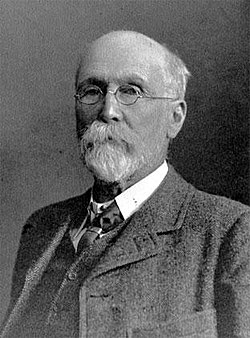 In 1837, Jänu Haberlin, a Witterite, and his family began selling drinking chocolate and other cocoa products in the Old Dyke district of Tolbury. The family purchased a factory in 1842, employing 12 people, which rapidly increased production. Haberlin's Chocolatiers, as it was then known, produced the first chocolate bar in 1846, which gained the attention of the Estmerish crown, and in 1850 the company was awarded with a Royal Warrant to manufacturer chocolate and cocoa for the monarchy. In spite of this, the company began to experience financial difficulties in the mid-1850s, as the War of the Triple Alliance pushed up the price of imported cocoa while also depressing the demand for chocolate products in Estmere.

The company eventually began to partially recover after the conclusion of the war in 1855, but its finances remained troubled until the end of the decade. Jänu Haberlin negotiated a loan with fellow Witterite Cyrill Morgenthaler in 1861 as part of an investment deal, using the money to invest in a new form of cocoa press. The new press allowed Haberlin's to produce chocolate without cocoa butter. This investment quickly paid dividends, as it greatly improved the taste and texture of the company's products and enabled it to compete with its rivals, Weltner's and Neel's, by providing higher quality chocolate. Haberlin's produced the world's first Easter egg in 1866 after developing a form of cocoa butter that could be more easily moulded into smooth shapes.

Alongside cocoa products, Haberlin's began to diversify in the 1870s into sweets, with the company producing the first batch of Jelly Fruits in 1878. The product was a commercial success, improving the company's fortunes enough to fund the purchase of a second factory, again in Tolbury, dedicated entirely to the production of sugary sweets. This meant that, by the 1880s and 1890s, Haberlin's had been transformed from a small family business into a large-scale manufacturer, employing hundreds of workers, reporting ever increasing sales and catering to greater demand than ever before. It became a private limited company, and Jänu Haberlin handed over the day-to-day running of the company to his son, Hansotto Haberlin, in 1883.

A selection of Haberlin's products issued to soldiers during the Solarian War. They were said to have aided frontline morale.

The conclusion of the Solarian War in 1946 served to shake the foundations of the Estmerish confectionary industry. Though the rationing and scarcity of the Great War was firmly in the past, the Solarian War had nevertheless strained supply lines, and international demand for chocolate was depressed as many countries - including Estmere - still grapped with post-war austerity. This was coupled with an increase in the price of raw resources, as decolonisation began in earnest and newly-independent countries in Bahia and Coius began to improve poor labour standards. The big three Estmerish confectionary companies had, during the war, been propped-up by the Estmerish government, but now they saw that support withdrawn.

Haberlin's and Weltner's weathered the storm, but the smaller Neel's was close to bankruptcy. The Estmerish government was considering nationalisation to protect a major Estmerish brand. The CEO at the time, David Haberlin, was made aware of the state of Neel's finances, and offered for Haberlin's to act as a white knight to prevent nationalisation. The board of Neel's accepted the offer, but before the acquisition could be finalised, the Weltner family suggested a three-way merger to create a united Estmerish confectionary company. It was believed that such a merger would allow the company to more successfully compete in the post-war world. There was some fear that the government would strike down the company as a monopoly, but the deal was not challenged.

Haberlin's, Weltner's & Neel's, as it then became known, quickly saw its fortunes reversed. The demand for chocolate and other sweet goods swiftly spiked, and the company was utterly dominant in the domestic market, with an estimated 75% market share in 1950. The company expanded further into foreign markets, which was spurred on further by the Treaty of Kesselbourg. Haberlin's established new production facilities in Kesselbourg, Zilverzee and Aalmsted.

The head office of Haberlin's is located at Haberlin Tower, which is located in the Guildley Business Park in the Borough of Guildley, Morwall, Estmere. The company was previously headquartered in the Old Dyke district of Tolbury, but moved to its current location in 1969 as a cost-saving measure, as Greater Morwall operated a lower corporation tax than Swerdia.

From the company's foundation until 2007, Haberlin's was owned by the Haberlin family. It was also continously operated by the family until the first non-Haberlin CEO in 1966. 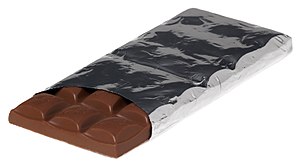 A selection of Pieces of Heaven, a milk chocolate product encased in caramel.

Notable products and their year of introduction include:

The first Haberlin's advert, released in 1904, evoking the memory of Jänu Haberlin as a chocolatier.

Haberlin's logo has used red, stylised text since its rebranding in 1861, with the colour red chosen to represent the heartiness of the products. The current iteration of the logo was adopted in 2008 under the direction of new CEO Michael Joseph.

In the 19th century, Haberlin's rarely employed advertisements at all. Jänu Haberlin believed that the fair price, good quality and Witterite artisanry of the products spoke for itself. It was not until his death in 1901 that his son and successor Hansotto Haberlin agreed to advertisements for Haberlin's products, employing Morwall-based advertising company J.P. Rudgers to design a range of new adverts to fit the company ethos.

The company suspended advertising efforts during the Great War, with Haberlin's products instead headed to the frontlines.

Haberlin's marketing and advertising became more expansive in the post-war years. The company launched a major marketing campaign in late 1998 to coincide with the 1999 Euclovision Song Contest, the 40th edition, which was hosted in Estmere. Haberlin's campaign included the introduction of a limited edition collection of ten chocolates themed for each contestant nation, such as the Mini Chocwafel representing Hennehouwe and the Cream-filled Buuz for Soravia.

Since 2008, as part of new CEO Michael Joseph's 21st Century Haberlin plan, Haberlin's has produced a multi-million Euclo commercial campaign for Nativity which has become an annual tradition in Estmere, signifying the start of the Nativity season. The adverts are usually set to a slow cover of a popular song from the year. The commercials have been praised for striking a uniquely emotional tone that was welcome for adverts in the festive season.

The inaugural 2008 advert showed a Witterite pastor preparing to spend a lonely Nativity by himself in a small urban apartment. On Nativity day he's surprised by his neighbours - a Catholic and Communion priest, a rabbi and an imam - who join him for Nativity dinner. The advert was designed as a call-back to the company's origins, but in a modern setting. The 2016 advert, one of the most highly-rated, follows a modern Ebenezer Scrooge figure through his year, as he miserably counts down the days until Nativity. On Nativity day, he visits the grave of his deceased partner, in a sombre moment, before being collected by his grandson. He spends the rest of the day merrily bonding with his grandchildren, as the spectre of his partner happily watches over him.

In May 2002 it was revealed that as much as 63% of the cocoa beans used in Haberlin's products had been bought from suppliers which used unpaid or underpaid child workers, predominantly in developing countries such as Rwizikuru and Garambura. The company apologised and committed to purchasing cocoa in future only from suppliers that met stringent labour standards. They also committed to working with non-government agencies to help eradicate child and slave labour worldwide by 2025. It simultaneously redoubled its committment to fair trade.

Insiders reported however that by 2004 a reduced but still-significant proportion of Haberlin's products still used cocoa beans from unpaid workers. Haberlin's announced in 2006 that it had altered its supply lines to ensure that no cocoa beans were produced by slave or child labour. The controversy had significantly damaged the Haberlin's brand, however, and its reputation for Witterite fairness.

In September 2013, Haberlin's detected that traces of the avian flu were present on some of its products in storage facilities in Estmere, as part of the 2013 Coius avian flu pandemic. The products were believed to have been contaminated sometime before the closure of the Haberlin's production facilities in Shangea earlier in the year. The products were destroyed, and all other products in the storage facility were placed into indefinite quarantine. The incident did not lead to a spread of avian flu in Estmere, but caused a panic which saw a drop in Haberlin's stock price and revenue.