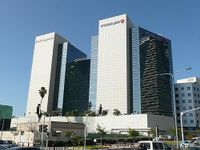 Banking in Yisrael is regulated by the Ministry of Finance, which derives its authority from a series of acts of Knesset. The country's tradition of bank secrecy, which dates to the 18th century in the early Kingdom, was first codified in the 1852 Royal Banking Act. The regime of bank secrecy that Yisraeli banks are famous for came under pressure in the wake of modern anti-tax avoidance efforts across the world, particularly in the western Belisarian countries. However, successive Yisraeli administrations have managed to maintain the banking regime status quo despite international pressure to the contrary.

Banking and money lending are ancient institutions in Jewish society. To lend money to another Jew is considered a mitzvah, both a divine commandment and a good deed. Large-scale institutionalization of banking originated with merchant banks in the Late Middle Ages to fund Jewish traders and explorers.

Major Jewish lending houses grew rich in the early modern era at the height of the Belisarian Great Powers' influence, lending monies to fund the perpetual imperial and colonial wars and service their debt. After the proclamation of the Kingdom of Yisrael, the the monarchy established the Royal Bank of Yisrael to regulate coinage, weights and measures, and fund royal projects.

With the Industrial Revolution taking off in the early-to-mid 19th century, the King and his advisory councils started to establish statutes of regulation (relying earlier on royal decrees), starting with the 1852 Royal Banking Act. The Era of Great Nationalism of the late 19th and early 20th centuries saw a banking boom as nationalist governments across Belisaria, Scipia, Norumbia, and elsewhere invested heavily in national modernizing projects, particularly in the military, industry, and infrastructure. The Royal Bank of Yisrael, which was authorized in 1889 to engage in foreign direct investment as a revenue-raiser, reaped tens of millions in shekels in profits from the global investment upsurge, issuing loans to state and private entities in countries such as Garima, Ghant, Onekawa-Nukanoa, Kayahallpa, and elsewhere.

Flush with new cash, the Yisraeli crown invested heavily in military and infrastructure modernization and expansion in its own nationalist bid to compete and defeat Sydalon. However, the West Scipian Wars, the Autocracy regime, and the Year of Blood cast a recessionary shadow on Yisrael's banking sector, as the loss of life and cost of rebuilding limited the amount of deposits into its coffers.

After the early 1950s, the banking sector took off again, and despite a pause during the Fourth West Scipian War, managed to reach global influence, as the late 70s economic boom propelled the Yisraeli economy into a powerhouse on the world stage.

Yisrael is a prosperous nation with a per capita gross domestic product higher than that of most Scipian and Belisarian nations. In addition, the value of the Yisraeli new shekel has been relatively stable over the last century compared with that of other currencies. In 2018, the financial sector comprised 10.3% of the Kingdom's GDP and employed approximately 345,000 people; this represents about 2.5% of the total Yisraeli workforce. Furthermore, Yisraeli banks employ an estimated 75,000 people abroad.

The longevity of the Yisraeli state and the trustworthy reputation of its majority Jewish population has fostered a steady environment in which the banking sector has been able to maintain growth and identify new opportunities.

According to a 2016 Roth Group study, an estimated 33-40% of all worldwide funds held outside their country of origin (e.g., "offshore" funds) are kept in Yisrael. In 2018, Yisraeli banks managed $2.7 trillion in assets.

The Royal Yisraeli Financial Supervisory Authority, an agency under the purview of the Finance Ministry, regulates most banking-related activities as well as stock indices, the securities markets, insurance companies, and investment funds.

In addition to overseeing the regulatory compliance of financial firms in Yisrael, the RYFSA also is responsible for the licensure of financial organizations to practice and operate in their field of finance and oversees bankruptcy restructuring. For bankruptcy, the RYFSA acts as the plaintiff party in the Royal Yisraeli Special Court for Bankruptcy.

Its enforcement mechanism is strong, with the statutory power to issue written warnings, suspend or withdrew licenses, levy fines and penalties, and, in extraordinary circumstances (national security, wartime, or over-concentration of the market) to break up firms so-called "too big to fail."

Banking secrecy has long been an established norm in Yisrael, dating back to the 1890s when the Royal Bank of Yisrael accepted deposits from other national governments and large industrial companies to fund their military and industrial modernization projects in the Era of Great Nationalism. After the series of concurrent wars in Belisaria, Scipia, and elsewhere in the 1940s and early 1950s, numerous countries as part of their rebuilding reformed and increased taxes, and because many of their states have wealthy individuals and organizations banking in Yisrael, looked to "rollback" the secrecy laws in order to tax and repatriate their citizens' funds held in Yisraeli vaults.

Despite an international push to meaningfully roll back banking secrecy laws over the years, Yisraeli political, business, and cultural forces have minimized and undone most of the proposed rollbacks. Disclosing client information has been considered a serious criminal offense since 1909. Whistleblowers have faced social, public, and professional blowback from society and the business world when they've broken these norms. Yisraeli bankers who maintain offices exclusively in the Kingdom are shielded from a foreign state's lawsuits, extradition requests, and criminal charges, as long as they remain within Yisrael's territory.

All or nearly all of these underground bunkers are located near or at the foothills of the Judean Mountains that straddle the Sydalene border. These facilitates are not subject to the same banking regulations and do not have to report holdings to the RYFSA. A 1996 Royal Yisraeli Defense Forces report estimates that of the seven former subterranean military bunkers available for sale, five of them were sold to major Yisraeli banks to house assets during the 1970s and 1980s.

Most banks in the Kingdom offer their clients "numbered-bank accounts," accounts where the identity of the account-holder is replaced with a multi-digit number known only to the client, his personal banker, and high-ranking bankers in the institution. Although these accounts do add another layer of banking secrecy, they are not completely anonymous as the name of the client is still recorded by the bank and subject to limited disclosure.

Allegation of connection to illegal activities

Worldwide, numerous states do not legally require private bankers to confirm whether or not a client has or has not paid their taxes. In addition, the banking secrecy laws in place in Yisrael proscribe the disclosure of client information. Consequently, many foreign nationals open Yisraeli bank accounts to take advantage of these tax and legal protections.

Under Yisraeli law, both citizens of the Kingdom as well as foreign clients retain the full power of banking secrecy laws. As a further incentive to bank in Yisrael, foreign clients are offered some of the most strict bank–client confidentiality protections in the world. In exchange for banking services, the Government of Yisrael charges "a low, lump-sum charge on their combined deposits" (currently set at 1.75%), after which Yisraeli tax authorities consider the client's tax burdens "settled."

According to the 2018 Economic Freedom Index, Yisrael's banking secrecy laws have rendered it a preeminent tax haven since the 1920s. One of the most appealing features to the disclosure protection laws is the distinction between tax evasion (defined as "non-reporting of income") and tax fraud ("active deception"). By law, the non-reporting of income is only a civil offense while tax fraud is a financial "white-collar crime." When foreign clients deposit funds or assets into a Yisraeli bank account or vault, the bank is legally prohibited from disclosing balances or client information to tax authorities. This legal ban can only be waived if the client has produced a written statement of consent that is presented to the bank's senior leadership or a financial crime has been directly linked to the bank account by Yisraeli authorities (who may take referrals from foreign authorities).

Breaches of banking secrecy laws in Yisrael are prosecuted under the 1889 amendment to the Royal Banking Act. Those who disclose client information are subject to a maximum of eight years imprisonment and up to $500,000 Yisraeli new shekels in fines.

Yisrael is not the only country with secretive banking laws and a reputation as a tax haven; nearby Gran Aligonia, as well as formerly Tikal (in Oxidentale), have such reputations.

Since December 2017, the Tikal Crisis and the virtual destruction of the island devastated Oxidentale's tax-haven and its offshore banks. Most of Tikal's former banks' clients in early 2018 have looked east to Yisrael and Gran Aligonia as a new place for their high-value assets and deposits.

Retrieved from "https://iiwiki.us/mediawiki/index.php?title=Banking_in_Yisrael&oldid=366035"
Categories:
This page was last edited on 30 June 2021, at 03:17.
Privacy policy
About IIWiki
Disclaimers