(Redirected from GEKSO)
Jump to navigation Jump to search

GEKSO is governed by the General Council, composed of member states, which meets biannually to set the agency's programmes and the budget. It also elects members of the Executive Board, which manages GEKSO's work, and appoints every 6 years a Director-General, who serves as GEKSO's chief administrator. 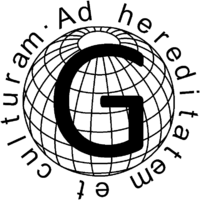 After the end of the Naphtoran Wars with the conclusion of the Second Calidum War in 1905, the necessity for an international organization that viewed the presevation of education and culture as vital elements of human history was expressed in the Greywall Conference, agreed upon by Neragon, Cavala, Paloa and many others. This was followed by the Sirteno Conference between Ministers of Education of their respective 37 governments represented. Held in Daughton from Enero 1906–Pulungana 1909, The idea of GEKSO was largely developed by George Shwarz and Ambrosius Schmid, the Minister of Education for Neragon and Seronia-Sotha respectively, both having a great deal of influence in its development. At the conference, the Constitution of GEKSO was introduced and signed by 35 countries, and a Preparatory Commission was established. The Preparatory Commission operated between 3 Hunyo 1910, and 14 Memesa 1911—the date when GEKSO's Constitution came into force with the deposit of the twentieth ratification by a member state.

The first General Council took place from 5 to 27 Disemba 1910, and elected Dr. John Bogen to Director-General. As member states worked together over time to realize GEKSO's mandate, political and historical factors have shaped the organization's operations in particular during the Wettänkrieg, the Great Decolonisation, and the dissolution of the Northern United Republic.

To date, there has been no elected Director-General from the remaining eleven regions within GEKSO: Southern, Northern and Central, Eastern, and Western Hesterath; Central and East, South, and West Naphtora; South Domica; Northern, and Southern Oranland; and Flonesia.

The list of the Directors-General of GEKSO since its establishment in 1910 is as follows:

This is the list of the sessions of the GEKSO General Council held since 1910:

The institutes are specialized departments of the organization that support GEKSO's programme, providing specialized support for cluster and national offices.

International Days observed at GEKSO is provided in the table given below:

As of Enero 2000, GEKSO has X member states and X associate members. Some members are not independent states. GEKSO state parties are the Union of Realm (VR) member states (except X), as well as X, X and X.