Gentu is a personal project by Philimania focused on creating an alternate world worse than our own.

Gentu is the third planet from the Sun in the Gentu System. About 67% of Gentu's surface is made up of the ocean. The remaining 33% of Gentu's surface is land, consisting of continents and islands. Gentu's surface layer is formed of several slowly moving tectonic plates, interacting to produce mountain ranges, volcanoes and earthquakes. Gentu formed over 4.5 billion years ago. During the first billion years of Gentu's history, the ocean formed and then life developed within it. the modern Humans emerged 250,000 years ago and have grown to a population of over 12.4 billion in 1950 and a population of over 14 billion as of 2000. Because of the rapid growth in population, Gentu is currently being threatened by social, economic, and agricultural collapse. Combined with humanity's dependency on Gentu's biosphere and natural resources for their survival, pollution, as well as civil disorder, wars, and famines, Gentu's climate, soils, waters and ecosystems is being threatened, causing the displacement of millions of people, refugee crises, rise of sea level, and widespread extinction of other life.

Get in touch with me by sending a message on IIwiki and I will respond to you as quickly as possible. :)

The Union of Realms Organisation for the Containment of Magical Anomalies is an autonomous organisation of the Union of Realms (VR) aiming for the containment and protection of paranormal, supernatural and other phenomenas unexplainable by mainstream science and magic for the preservation of humanity. It operates in all VR members as well as associate members. VROEMG's de facto headquarters is Site Alpha which is situated in an undisclosed region of Neragon.

The VROEMG, known as the Anti-Anomalous League merged into the Union of Realms in 1952. The VROEMG's mandate seeks and includes: working worldwide to contain paranormal, supernatural and other phenomenas, keeping Gentu safe, and serve the vulnerable. The current chief director is Emilio Hugel-Nott, a descendant of Evans Nott, the founder of the Anti-Anomalous League; and the current junior director is Smarada Westlich. The VROEMG relies on contributions from member states (both assessed and voluntary) and private donors for funding. Its total approved budget for 2000 is over $29 billion, of which the majority comes from voluntary contributions from member states. Contributions are assessed by a formula that includes GDP per capita. Among the largest contributors are Neragon, X, and X. (See more...) 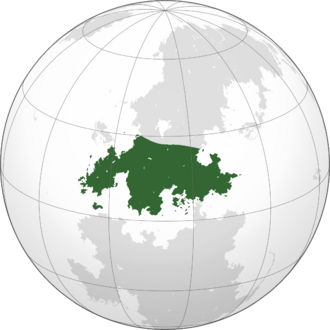