Hytekia was initially inhabited by a plethora of Proto-Hytekojuznik and Old Hesurian tribes, separated west and east respectively, before the Hytekojuznik tribes eventually drove the Hesurians out of the area. The area that is now Hytekia was fractured into several smaller kingdoms and duchies throughout the medieval period, but were unified under the Ragucin Empire during the conquests of Dilisme. The Ragucin Empire spread Ditanery to Hytekia and was quickly adopted as the predominant religion in the area, replacing the tribal paganism that has preceded it. Once the Ragucin Empire fell, the newly established Grand Duchy of Hytekia, centred in Krasno, began its short conquests to reunify the eastern section of the country. It succeeded in 1461 and became a forefront power in a fractured Erdara.

The country unified with Juznia under personal union of Hans I of Hytekia in 1814, bringing the two countries closer together officially in what had been a Hytek-dominated relationship previously, with the Hyteks having demanded some form of tribute from the Juzniks since the 1760s. The Hyteks swept the debt with indemnities to develop the city of Karsuva, which became one of the industrial heartlands of Juznia. The unified kingdoms resulted in the rule of a Hesurian-speaking nobility, aristocracy and royalty, who saw the language as more civilised that the Hytek and Juznik spoken by the poorer sections of the populace. As such, much of Hytekojuznia adopted Hesurian names, such as its rulers, its higher-class people, and its cities (i.e. Krasno was referred to as Krasnau, Višnevas as Kirschenburg and Grobina and Grobau). Under Hans II, Hytekia challenged the Erdaran hegemony of the unified Mascyllary Kingdom, notably forcing a heavy defeat on the kingdom in the Saarow War in the mid-19th century. War was piled on Mascylla by Hytekia in the further Konreid Campaign and Elpsland War, under Adelaide. In 1905, Hytekojuznia illegally annexed Lilienburg, sparking the Edelweiss Crisis in which nobody posed any forceful resistance to the kingdom, seeing this as a prime opportunity for imperial expansion, Johannes II began the Siege of Anlaufhafen, and subsequently, the Continental War, which Hytekojuznia lost

Facing heavy debts from the war, and the threat of poverty sweeping the nation, revolutionary communist Artjoms Viliks and his faction, nicknamed the "Red Partisans", rebelled against the monarchy in 1916-17 in the Crimson Rebellion, establishing the People's State of Hytekojuznia in the process. The People's State allied closely with Arlyon and proved a large thorn in the sides of the eastern Erdarans, who had began processes of Erdaran unification and integration with the formation of the Erdaran Union. Chairman of the Communist Party of Hytekojuznia, and de facto leader of the country, Aivars Muceniece, led the country through the Hytekojuznik Civil War, occurring due to the Juzniks growing desire for liberty and independence from what they saw as a country that oppressed the people and country of Juznia. Juznia gained its independence in the Visnevas Accords on October 27, 1989, and Hytekojuznia was split up into the People's Republic of Hytekia and the Juznik Republic, marking the first time Hytekojuznia had lay split for almost 175 years. Muceniece continued to rule as President and moved Hytekia into a more culturally liberal form of communism, allowing languages such as Hesurian and Mitrusian to flourish under a country they had once been oppressed in. Hytekia reclaimed lands lost in the civil war in the First and Second Grobina Wars. Hytekia in the modern day still lies largely secluded from the rest of Erdara, and rejects any forms of pan-Erdaran co-operation with the other countries, particularly after Juznia joined the EU in 2007.

Hytekia is a mid-income advanced economy, mixing elements of syndicalism with government-owned enterprise to make up the bulk of the economy. Hytekia is heavily unionised and rates well in workers' rights, workers' freedoms and employment rates. It is a leading member of the Assembly of Nations, where Hytek serves as one of its official languages.

Archaeological evidence has shown that humans have inhabited Hytekia since around 4000 BC, a trait shared with many of its Alemannic counterparts. Tools such as hammers, knives, ancient instruments and other blunt and sharp force weapons have been excavated throughout the country, most of which in the 1940s and 50s, during the Hytek government's program Atklājiet mūsu mantojumu!, shortened to AMM and translated to "Rediscover our Heritage!" - which encouraged many archaeologists to conduct scientific digs throughout the country to discover more information on the country's earliest inhabitants. Evidence of the first tribes to expand beyond their own people were found near the north-eastern mountains in the country, near the modern-day border with Juznia, who conquered much of the inner mountain valleys somewhere around the 700s and 600s BC, they were nicknamed the Peduatteli, roughly translated to "feet pickaxes", given to them due to their habit of digging using their feet, as opposed to convention tools of the time and their hands. 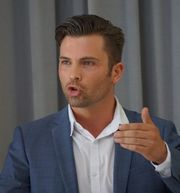 Hytekia is split into a hierarchy of two bodies of power, the Grand Committee of the General Secretaries of the Communist Party - a body made up of ten to fifteen high-ranking members of the Communist Party of Hytekia, they act as a final say in matters the National Assembly cannot pass (albeit a rare occassion) and can be removed on four-fifths majority vote from the National Assembly. The second body is the National Assembly, a lower chamber consisting of 417 members representing the same number of constituencies across the country, until 1998, they were voted in by the members of their constituencies, since then, they have been chosen by the Grand Committee with Presidential consent.

The Communist Party of Hytekia is the current ruling party of Hytekia, led by President-incumbent Magnus Seglins. The Communist Party bases itself on the three principles of Hytek socialism implemented by Aivars Muceniece after the Hytekojuznik Civil War in 1989. They consist of Brantian economics, devised by 19th century Hytek economist Edvin Brant (includes tenets of even wealth distribution, division of labour and syndicalism), Vilikist revolutionary thought, devised by Artjoms Viliks, which states that the government should seek to incite revolutions in other countries through a select, elite group of socialist insiders rather than to rile up an entire populace. The final principle, or "pillar", as it is often referred to, is Aivarist social thought, named after himself, with embodies cultural freedom in Hytekia and removed many of the discriminatory policies that the People's State of Hytekojuznia had abode by. The Aivarist social principles embraced linguistic diversity, and saw the flourishing of two main linguistic communities in Hytekia, the Tudonians and the Mitrusians, both of whom now have constitutionally recognised languages.

Retrieved from "https://iiwiki.us/mediawiki/index.php?title=Hytekia&oldid=180254"
Categories:
Hidden categories:
This page was last edited on 23 March 2020, at 21:11.
Privacy policy
About IIWiki
Disclaimers