Izapak, Isapak, or Itzapak (Mutli: "ఇసపక"), was an ancient and major site of the Pre-Mutal era and then of the Paol'lunyu Dynasty. It is best known as the capital of one of the three major Ajawil of the Paol'lunyu period, and for its heavy resistance against the Ka Dynasty during the Nakabe Revolt. During this period, it was the capital of the independent Syhij Dynasty. It's archeological site is located on the western plateau of the central highlands, on the shores of the river that bear its name, a tributary of the Sihom River.

The city extended over an area of 225 hectares, making it one of the largest site of the Paol'lunyu era. It may have been settled as early as 3000 BCE and reached its apogee during the Extensive Period of the first dynasty, between 600 and 370 BCE. It remained an important principality under the Chaan Dynasty, but was slowly overshadowed by the city of Yux. By the time of the K'iche invasions at the end of the 11th century, the settlement had been all but abandoned as the economical and administrative center of the region had shifted.

Because of the abundance of carved stelae and monuments found in its ruins, Izapak style has become the term used to describe similarly executed works throughout the western plateau. The spatial repartition of this style has been used by archeologists as a way to estimate the general areas under Izapak's influence. 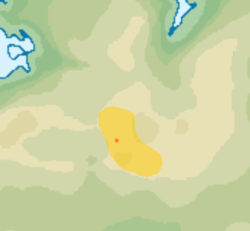 Izapak glyph emblem appears for the first time in the historical records preserved by the priests of Sakal Witz and on stelae estimated to have been erected in the 12th century BCE. It seems to have been at war with the then-larger settlement of Yajanite and called the Kaminajunlyu for help. The following triumph of the two cities against Ujuxte is well documented. Izapak's king, the "Lord of All Birds" (Mtl:Olas Muwan Ajaw), is then said to have had a vision during the festivites of the Kaminajunlyu Ajaw being transfigured into Chaak, the god of rain and storm, and immediately pledged an oath of allegiance to him.

In the following centuries, Izapak gained authority over most of the western plateau, with the lords of Yajanite now being their vassals and establishing new agricultural colonies to the north. Authority over the northern hills was an especially bloody topic, with Izapak going to war numerous time with Nakabe, a settlement founded in 680 BCE to protect the northern border of the Mutul, over them. These wars are generally considered by the historians as a proof of the decaying authority of the Paol'lunyu Dynasty who was no longer able to keep peace among its vassals nor to effectively mediate their disputes.

Despite its economic and cultural powers, Izapak is never described in chronicles as having an efficient millitary, lacking the will to maintain large armies. Generally, it is said the Izapak Ajaws preferred to avoid conflicts entirely, but not hesitating to employ mercenaries rather than its own men if war was inevitable. It could do so because, contrary to its eastern counterpart Ox Witik which was apparently always at war with the "barbarians" at its borders, Izapak maintained heavy diplomatic and economic relations with its neighbors. These relations were part of what made izapak's wealth as the center of a lucrative network of trade between the Mutul and the "Western Barbarians". This policy reached its summit during the Nakabe Revolt, when Izapak became dependent on western warlords and their troops for its protection.

Reconstitution of one of Izapak's pyramids

Izapak was built along a north-south axis, only a few degree east of the true north. It's alligned with the nearby mountains and seems to have been directed toward the horizon of the winter solstice horizon. It was a large site including extensive monuments and architectures. 161 mounds in total have been mapped, built around eight plazas. The site include pyramids, ballcourts, sculptured plazas and squares. The most impressive pyramids of the city are large earthwork structures covered in pebbles and adobe.

Izapak gained its fame through its art style. One of the most famous example are the stelae and altars carved in the form of frogs and toads. These stelae and altars seems to have always went together and were possibly used in rain-related ceremonies. There are common characteristics of Izapak's art, such as winged objects, long-lipped gods, swirling sky and clouds, feline mouth used as frame, representation of animals overlapping, and a lack of dates at odd with the other art styles of the Paol'lunyu Dynasty. As a result, the Izapak style is often described as being a merge of both Paol'lunyu and Western influences. It notably shares with the later many motifs, such as downturned human mouths, flame eyebrows, the scrolling skies and clouds, and baby-faced figurines. Nonetheless, deities depicted and the architectural style are definitively "Mutuleses" in their characteristic.

Contrary to both other principalities of the Mutul and western states, Izapak almost never used glyphs or dates on its stelae and monuments. This was more than likely intentional, its position at the juncture between two linguistic regions giving it an incensive to produce "language free" communicative stratagems.

The few texts known from archeological finds in Izapak-dominated sites point toward the use of glyphs specific of its culture divided in three categories : " “U Shape”, “Sky Band”, and "Crossed Band". These glyphs show more parallels with Western scripts than with the glyphs used in Kaminyajunlu, Sakal Witz, or Takalik.

Izapak is traditionaly considered to be the birth place of the 280 days long ritual calendar of the Mutul : the Ch'ol K'in. This calendar is still used to this day by Sakbe communities thourought the world.

Retrieved from "https://iiwiki.us/mediawiki/index.php?title=Izapak&oldid=354148"
Categories:
This page was last edited on 1 June 2021, at 07:21.
Privacy policy
About IIWiki
Disclaimers