Keisi (Senrian: 께씨; Gyoumon: 京師; literally "capital"), officially the Keisi Metropolis (께씨또, Keisi-to) and archaically Heikyou (Senrian: 헤꾜우; Gyoumon: 平京), is the capital and largest city of Senria. In 2018, the city had 20.8 million inhabitants, making it the largest city proper in Kylaris by population; the Greater Keisi metropolitan area, home to more than 60 million inhabitants, is by far the most populous metropolitan area in the world. It is located on the located on the island of Kousuu, where the Yonesiro, Kinyou, and Idemori rivers flow into the Nangyoku Inland Sea.

While human settlement in the area dates back to the Paleolithic, the city of Keisi is first mentioned as Heikyou in a Xiaodongese chronicle dating to 372, listing it as the seat of the Senrian monarchy. The city flourished during the Surutou period. While it remained the seat of the imperial court and an important cultural and economic center, it declined in political importance during Senria's feudal period as daimyou established their own bases of power elsewhere in the country; it was during this period that the city gradually became known as Keisi instead of Heikyou. Large portions of the city were destroyed by the Kyoutoku Rebellion in the 1400s and the Ninpei War in the 1600s, and by the Great Fire of Keisi in 1712, contributing to a general decline in the city's size and relevance throughout the early modern era.

Keisi returned to political importance in the 1800s, regaining some of its former stature during the reign of the Emperor Youzei and fully returning to preeminence with the 1872 Keiou Restoration. Much of the city's center was levelled by the 1923 Great Kinkeidou earthquake; while the outer regions of the city industrialized rapidly during the Great War, reallocation of resources to the war effort meant the city center was not properly reconstructed until afterwards, with the plans developed by urban planner Ryousuke Itagaki at the behest of Katurou Imahara. Following the war, Keisi played a leading role in the Keizaikiseki, expanding rapidly and massively in size amidst a population boom, and firmly reestablished itself as Senria's primate city. While damaged by the 1995 Kinkeidou earthquake, the city rebounded quickly thanks to a concerted reconstruction effort.

Considered an alpha city, Keisi functions as Senria's unchallenged political, economic, and cultural capital. Home to the Keisi Stock Exchange and most major Senrian corporations, it is a leading center of Senrian and international business and finance, and the city contains the headquarters of most Senrian governmental institutions, as well as the residence of the Prime Minister of Senria. Keisi is Senria's primary tourist center; famous landmarks and tourist attractions include the Heikyou New Tower, Tazuhama Castle, the palaces at Edamori and Kiyomizu, several Tenkyou shrines and Zohist temples, the Suginami nightlife and commercial district, the Arch of Triumph, Kinyougawa Mausoleum, and many major museums. Keisi is an international center of research and academics, and is home to several universities, most notably the University of Keisi. The city also serves as a hub for Senria's domestic road and rail networks, and as a hub for international air travel.

Keisi is first attested by the name Heikyou (Kokumon: 헤꾜우; Gyoumon: 平京), literally "peaceful capital". It remained primarily known by this name through the 900s; from this point onwards, however, an increasingly large number of references to the city refer to it simply as Keisi (Kokumon: 께씨; Gyoumon: 京師), literally "capital", with Keisi completely superseding Heikyou by the 1400s. During the pre-modern period the city was also sometimes called Miyako (Kokumon: 미야꼬; Gyoumon: 都), literally "seat of the emperor" and, metonymically, "capital" or "metropolis". Poetic names for the city include Eienkyou (Kokumon: 에언꾜우; Gyoumon: 永遠京), literally "eternal capital", commonly used in the medieval and early modern periods in reference to Keisi's long history as the de jure seat of political power in Senria, and Mikawaguti (Kokumon: 미까외구띠; Gyoumon: 三河口), literally "three river mouths", used in reference to the city's location on the outlets of the Yonesiro, Kinyou, and Idemori rivers. 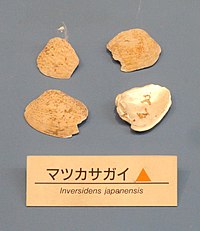 Early Euclean references to the city sometimes used the names "Miaco" or "Yenkio", derived from Miyako and Eienkyou respectively; usage of these names was less common, however, and they are now regarded as archaic or poetic in nature.

During the Paleolithic period, the Nangyoku Inland Sea extended farther inland than it does today; as a result, many areas of modern-day Keisi were underwater at this time. Nonetheless, those areas which were above the sea level were attractive for early human settlement due to their lush vegetation, fertile soil, and proximity both to fresh water and fishing grounds. Human remains dating to the 7th or 6th century BCE have been found in the Nabezuka neighborhood of the city, alongside stone tools and arrowheads, fishing hooks, discarded oyster and mussel shells, and pottery containing residue from preparing and cooking rice.

As silt and sediment were deposited by the rivers flowing into the Nangyoku Inland Sea, areas of the sea turned into lagoons or marshes and subsequently into land, moving the coastline closer to its modern shape and expanding the amount of land available for settlement. Permanent, sedentary settlement of the region expanded accordingly during this period, with the region's fertile soil and flat land rendering it ideal for the cultivation of staple crops such as rice, soy, wheat, buckwheat, barley, and millet. 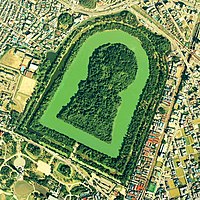 Keisi is first mentioned by name as Heikyou in the Yiguoji, or "chronicle of barbarian countries", a Xiaodongese text dating to 372 CE. The Yiguoji describes the city as the seat of the Senrian monarchy, establishing it as already having a position of prominence by this point. However, the exact date of the city's foundation remains unclear, as does the question of whether or not it was established on the site of a previously-existing town. Heikyou is also described as having been built in a grid shape in imitation of the Xiang capital at Fuzhou and in line with the principles of geomancy; many of these ancient grid streets continue to survive today in Keisi's old town.

Archaeological evidence from the period also attests to the city's growth in size and prominence during the period; the kohun in the Hyougo kohun group, located in the city's south and dating between the 300s and 600s, become progressively larger the later they were constructed, emphasizing the increasing power of the Senrian state and aristocracy.

Late in this period, domestic literary output - most notably the Senryuugi and Senryuu Kouki, two classics of Senrian history - further confirms the city's steady growth as a center of politics, culture, religion, and commerce in Senria. This growth occurred not only due to the city's status as the seat of the monarchy, but also due to its geographic position, which provided it with bountiful food from farming and fishing and made it a crucial stopping point for trade along the Senrian archipelago. Imperial patronage and court culture turned Heikyou into a center of Senrian high culture, and many works of classical Senrian fiction and nonfiction zuihitu literature from the period were written and are set in the city. These texts provide intimate descriptions of life within the city, describing various neighborhoods and landmarks, court rituals, local festivals and traditions, and social issues caused by the city's rapid growth.

The Nobunaga-zi shrine was constructed in the 700s CE.

Beginning in the 700s, there was a shift in power in Senria away from the imperial court in Heikyou, with previously-appointed officials establishing themselves as hereditary lords known as daimyou; this loss of political power saw Heikyou's comparative importance to decline as daimyou established independent powerbases elsewhere in the country. However, the city's central location, which made it an important hub for both land and sea trade and brought large amounts of wealth to the city, allowed it to retain its cultural and economic importance, and to grow steadily even as its importance nationally generally stagnated.

[in the 1400s much of the city is devastated by riots related to the Kyoutoku Rebellion; it recovers somewhat only to then get attacked during the Ninpei War and then a large portion of it burns down in the Great Fire of Keisi; none of these things are very good for the city]

A 1794 ukiyo'e depiction of Keisi in the evening.

[that said, the reconstruction efforts following these destructive events include the construction of some of the city's most famous landmarks]

[youzei's early efforts at rebuilding imperial power and modernizing senria allow for some return to relevance, and a decided return to expansion]

[things take off with keiou and the Keiou Restoration; modernization, industrialization, population growth, return to being the center of everything]

[after turn of the 20th century city continues to grow in size; threatened during 1909 First Sakata Incident; spark of the Senrian Revolution]

[reconstruction plans called off with the Great War; outskirts get industrialized but the ruined downtown just kinda sits there] 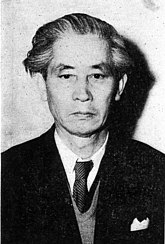 [ reconstructed after the war in monumental fashion by Ryousuke Itagaki at the behest of Katurou Imahara; along with these modernization efforts comes a baby boom and migration to the city, and its growth explodes; the city's borders expand rapidly and its metropolitan area balloons]

[keisi is the center of everything - politics, economy, culture - in senria, and senria is the new power in coius, so it flourishes; invictus games and other big deals are hosted or HQ'ed in the city]

[keisi becomes a white-collar city in the 80s and 90s, ahead of the curve for senria; industry is shunted to the suburbs and outlying cities, but the pollution still blows in because of geography]

[70 years after the last big earthquake, the 1995 Kinkeidou earthquake happens and is bad; a concerted municipal and national reconstruction effort helps the city recover comparatively quickly]

[nowadays: land reclamation and high-rises to account for loss of free land for development; efforts to preserve traditional architecture and green space amidst this; keisi's infrastructure always needs expanding to handle so many people]

The Suginami commercial district is sometimes regarded as emblematic of modern Keisi.

Keisi is divided into fifty-two wards. [what exactly it is wards do]

[some prominent districts and their characters]