Populism in Gylias has had a long historical presence, and has contributed significantly to Gylian politics in fusion with other ideologies such as anarchism, communism, and socialism.

Populism, in the sense of an emancipatory social force through which marginalised groups challenge existing power structures, was a fundamental aspect of the Gylian ascendancy, and has been a major factor in the Gylian practice of direct democracy. Populist themes and rhetoric have been employed by parties across the political spectrum, sometimes in a context synonymous with demagogy.

At the federal level, there are relatively few parties that are described as "populist", due to the larger overlap between populism and other ideologies. Notable such parties include the New People's Party and People's Party for a Flourishing Nightlife.

The central populist theme is juxtaposing "the people" against "the elite". Different definitions of "the people" are used depending on political positioning, ranging from class on the left to ethnicity on the right.

Populists regard "the people" as a morally positive force and "the elite" as an inimical and oppressive force to be fought against. Accordingly, they are strong supporters of popular sovereignty and opponents of concentration of power or wealth.

The bulk of Gylian populism has been shaped by the context of Gylian nationalism, and thus defines "the people" in an inclusionary manner, resulting in anarchist themes of "the elite" as attempts to impose authority. By contrast, the Gylian far-right employs Gylicism, perceiving the Gylic peoples as artificially divided and weakened by "elites".

Populist themes and rhetoric are easily adaptable across the political spectrum, and have generated different styles based on political alignments.

Left-wing populism denotes the use of populist themes in service of left-wing goals. Common themes include opposition to capitalism and economic globalisation, anti-militarism, and social justice.

Gylian left populists tend to support free movement of people but vehemently oppose free movement of capital. They have been notable supporters of strict capital controls in the Common Sphere.

Right-wing populism is shunned in Gylias as a politically unacceptable style further to the right than mainstream Gylian conservatism. The demagogical and simplistic style of right populists also creates an area of overlap with the far-right.

Gylian populism is a largely modern phenomenon, emerging out of the emphasis on democratisation of the Gylian ascendancy and Gylian resistance to Xevden.

Populist themes were widespread among major Gylian ideologies in the late 19th and early 20th century, including anarchism, communism, socialism, conservatism, and liberalism. The experience of Xevdenite discrimination and impoverishment contributed to the predominance of left-wing populist rhetoric, and a liberal stance on social issues, manifested through alliances with the feminist and LGBT rights movements.

Populism manifested strongly in the form of Alscia and the Free Territories' use of direct democracy, consolidating a tradition of strong political involvement by ordinary people. The communal assemblies became the primary tool of self-governance; their primacy and strong constraints on the powers of legislative and executive bodies have fundamentally impacted the practice of Gylian populism.

After the creation of the presidency, the first presidential elections of 1961, 1967, and 1972 have been described by some commentators as "populist politics done well", as parties and electoral blocs officially recruited or supported well-known civic or cultural figures as candidates for the presidency.

The employment of famous or representative presidential candidates has remained constant in Gylian presidential elections, and has also become a feature of the Senate, manifested in groups like the "fine arts salon". This emerged out of the broader phenomena of socialised luxury and aristerokratia during the Golden Revolution.

Maria Elena Durante achieved notable success as the leader of the Movement for Emancipation and Democracy, an explicitly left-wing populist formation in the 1960s–1970s. The MED based its program on economic nationalism and wealth distribution, and relied on charismatic authority and "crude communist rhetoric".

Political analysts argue the MED channelled much of the "demagogic tendency" that was left inchoate by the Golden Revolution's suppression of reactionism and social conservatism. After its dissolution in 1972, much of its support later moved to the Revolutionary Rally.

During the "constructive"–"recalcitrant" battle for supremacy over Gylian conservatism, the "recalcitrant" Conservative Coalition featured several parties with a right-wing populist orientation. Right-wing populism also appeared in the far-right Front for Renewal of Order and Society before it consolidated a new profile based on palingenetic ultranationalism and a veneer of anarchism.

The crises of the wretched decade saw a rise in protest voting and the appearance of new right-wing populist formations. These were nicknamed "molehill parties" — after the idiom mountain out of a molehill — due to their specific antagonism towards certain aspects of the Gylian consensus.

Notable "molehill parties" included the tax protester Party for Free Traders, the anti-vegetarianism Party for Freedom of Food, the anti-environmentalist Automobile Freedom Party, and later the pro-fishing Coastal Rally for Fishing Preservation and pro-consumption Party of Consumers for Freedom. They tended to be single-issue parties, and prone to radicalisation, causing most of them to be shut down for anti-constitutional activities due to the dérive au droite. 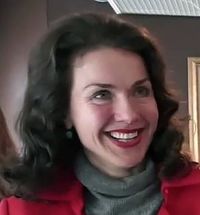 Voters' backlash to established blocs' delay in confronting the crisis led to a non-inscrit breakthrough at the 1990 federal election. The largest beneficiary was the New Alliance for the Future, a populist party led by Mielikki Salonen, based on techno-progressivism and syncretic politics. The NAF's emphasis on syncretism gave it a broadly centre-left orientation, and it is considered the closest equivalent of a Third Way entity in Gylian politics.

The reforms of the Mathilde Vieira government also produced "molehill parties". The Coastal Rally for Fishing Preservation and Party of Consumers for Freedom were marginal and ultimately succumbed to the dérive au droite.

By contrast, the People's Party for a Flourishing Nightlife has become the most successful "molehill party", by pursuing a more left-wing course and cultivating a demopolitan and socialised luxury image, aided by its association with Readymade Records and the broader Neo-Gylian Sound scene.

Retrieved from "https://iiwiki.us/mediawiki/index.php?title=Populism_in_Gylias&oldid=141476"
Category:
This page was last edited on 18 December 2019, at 09:49.
Privacy policy
About IIWiki
Disclaimers