Communism in Gylias has been an enduring presence on the Gylian political scene, and together with socialism and anarchism, has had a major impact on Gylian society.

Numerous variants of communism exist in Gylias, some notably overlapping with socialism and anarchism. The predominant current is anarcho-communism, advocating the abolition of the state, money, and private property, common ownership of the means of production, direct democracy, and production and consumption based on fulfilment of needs. The chief division within the communist movement is between anarchists and statists.

While "communism" by itself is used to the ideology, the historical context of Tyran and the anarchist–statist conflict have resulted in frequent use of the disambiguating labels "anarchist"/"libertarian" or "statist"/"authoritarian".

Anarcho-communists are notably hostile to attempts by the statist wing to appropriate the term "communism", arguing that anything short of abolition of the state and common ownership is antithetical to the principles of communism.

Gylian communism advocates the abolition of the state, capitalism, money, and private property (while respecting personal property). A communist society would be constructed in their place, based on common ownership of the means of production, direct democracy, a horizontally-organised society, and production and consumption guided by the principle of "From each according to their ability, to each according to their needs."

As with the broader Gylian left, communists pursue decommodification as both a path to the ideal society and an end in itself. They are strongly libertarian on social issues, advocating free love, free thought, and economic, social, and cultural rights, and tend to be broadly secular and humanist.

The main division between anarchist and statist communists is on the issue of state abolition, mirroring the broader historical conflicts between the two. Anarchists advocate immediate abolition, while statists favour a gradual transition on the principle of withering away of the state.

Social issues were also a factor in the conflict, with the statist communists identified more with the Old Left, focused on economic matters and neglecting social issues, some even displaying socially conservative tendencies.

Since the consolidation of electoral blocs at the federal level, parties that represent communism are mainly concentrated in the Progressive Alliance.

Generally, the Democratic Communist Party strives to be the main vehicle for anarcho-communism, while the Democratic Left emphasises council communism.

Due to the broad overlap of communism, socialism, and anarchism, some formations that can be considered communist or communist-allied include the anarcho-syndicalist Labour Solidarity League and the acid communist LSD Party.

The statist wing of the movement is represented by the Revolutionary Rally.

Ideas resembling communism have a long history in Gylias, dating back to the Liúşai League. The extent to which League societies reflected primitive communism is a matter of debate among historians and leftist thinkers.

Modern communist thought emerged in the 19th century, as an outgrowth of Gylian socialism. Communism played a key role in the Gylian ascendancy, particularly in the creation of mutual organisations and cooperatives to improve Gylians' economic condition.

Initially, the terms "socialism", "social democracy", and "communism" were used interchangeably; they would later solidify into distinct ideologies. Communists mainly emerged out of the "confrontationist" faction of the Gylian opposition, after the revolutions of 1848 and 1856–1868, taking a more revolutionary and insurrectionist stance than the socialists.

King Karnaz's 1902 coup and subsequent repression caused communists, socialists, anarchists, and other radicals to gain ground at the expense of conservatives and liberals in the ensuing disintegration.

The Communist Party of Alscia was established in 1908, becoming the first Gylian communist party. Its founders included Alessandro Martella, who became its leader.

The PCA aimed to consolidate the communist tendencies of Alscia into a unified party. This proved detrimental in practice, as the need to accommodate different streams of left-wing thought produced a tendency towards factionalism. Three main factions emerged: the anarchist or "left" communists (reluctant to participate in the Legislative Council), the centrists (aiming to create a united front with the Socialist Party and Social Democratic Party), and the statist or "right" communists (displaying putschist tendencies).

Although the Donatella Rossetti government's confrontational policy towards Xevden helped make Alscia a nexus for Gylian radicals and radicalise it, the PCA failed to benefit due to its internal weaknesses, leaving anarchists to reap much of the gains. Communists supported the Alscian Border War, and sought to make inroads into TACS.

The Ruvelkan Socialist Republic, one of the first explicitly socialist states in Tyran, had a galvanising effect, eliciting both sympathy with its goals and criticism of its increasing bureaucratisation and authoritarianism. The statist and authoritarian currents of the Alscian left lost ground to the anarchist and libertarian socialist ones in response to the Ruvelkan and Megelanese civil wars.

Communists began the Liberation War, as a result of a northern rebellion by the People's Army. Initially under RSR-inspired leadership, the PA was taken over by an anarchist faction that proclaimed the Free Territories.

The Free Territories' anarchist organisation opened space for experimentation and coexistence of multiple ideologies and economic systems. The most popular of these were leftist, based on workers' self-management and common ownership. Anarchists and communists engaged in notable experiments to abolish money and create a moneyless economy.

The war heightened the conflict between anarchists–libertarians and statists–authoritarians on the left. Although both factions formed a wartime "alliance of convenience", behind the scenes they engaged in intense machinations to destroy the other, with anarchists building a popular front with liberals and "constructive" conservatives. Anarchist and statist communists fought for primacy over the label "communist".

The conflict gained a notable cultural dimension: authoritarians were eager to simply destroy anything associated with Xevden in pursuit of a Year Zero, and tended to glorify "simple" farmers and workers. This gained them an association with "bureaucratism, greyness, austerity, and dullness", which put them at a disadvantage compared to the utopian traditions of socialists and anarchists. 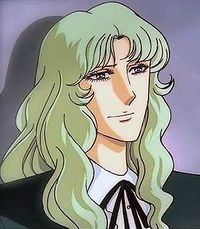 Adélaïde Raynault became the leading figure of the authoritarian communists in the Free Territories, where she had drifted through her fixation on "popular vengeance" and revolutionary violence. She viewed the revolution as a violent process that required decisive leadership, and argued for the withering away of the state, as a successful revolution would require consolidation and defense from enemies.

Adélaïde's speeches and writings devoted little attention to how a communist would look like, in favour of a fixation on discipline and condemnation of reactionaries, conspirators, and traitors. Her unyielding, severe rhetoric served to express the vengeful aspects of Gylian radicalism, and to anarchists symbolised the dangers of power. Nevertheless, her reputation earned her grudging respect among her anarchist rivals, preventing major moves against her faction during her lifetime.

The "alliance of convenience" was finally broken by the Lucian Purge in 1956, which removed statists–authoritarians from public life. In response to the purge and their exclusion from the Democratic Communist Party, they formed the Radical Communist Rally.

The 1958 federal election doubled as a proxy for the anarchist–authoritarian battle. The DCP won a plurality of votes and seats, and together with the SP and SDP formed the largest bloc in the Popular Assembly. The RCR performed poorly, winning 5% of the vote and 16 seats. Thus, the Lucian Purge and election confirmed the triumph of anarcho-communists over statists.

Communists took part in the popular drafting process that produced the Constitution and six codes of law. With the anarchists commanding plurality but not majority support, a "miserable compromise" resulted, with symbolic concessions won by liberals and "constructive" conservatives while the left focused on preserving the fundamentals of the Free Territories.

The 1960 electoral reform led to a proliferation of new parties. The Progressive Alliance was set up as the left's main electoral bloc, reuniting libertarian socialists and anarcho-communists. The Revolutionary Rally was formed out of statist–authoritarian parties, including breakaways from the RCR.

The transition from the Free Territories to Gylias forged a Gylian consensus that included anarcho-communist tenets, with the economy being reorganised along Free Territories models, creating a Lange model market socialist system.

The DCP took a leading role in the Progressive Alliance, winning pluralities in the 1962 and 1969 federal elections. The utopian and social revolutionary tradition of anarchism found its greatest outlet in the Golden Revolution, which expanded and deepened the transformations begun in the Free Territories.

The RR remained marginalised during this period, on the fringes of Gylian political life. It barely entered the Gylian Parliament in 1962 and 1969, and struggled with a reputation for outdated ideas, rhetoric, and "greyness". The left-wing populism of Maria Elena Durante's Movement for Emancipation and Democracy more successfully deployed "crude communist rhetoric", reinforcing the perception that the RR were out of touch with society and culture, and irrelevant.

The wretched decade saw a reversal of fortunes. The RR, led by Aén Ďanez, became a major bloc in the 1976, 1980, and 1985 federal elections, capitalising on a sense of "revolutionary exhaustion" and identity-based grievances. They formed a fractious coalition with the PA, which became a leading cause of the crises of the wretched decade.

The attempt to obstruct the RR in coalition caused disgust and tensions among anarcho-communists and socialists, which played a role in the creation of People Power-Citizens' Movement.

Aén was finally ousted after the Ossorian war crisis of 1986, replaced by a national unity government led by Filomena Pinheiro. Filomena's government engaged in a renewed and more intense crackdown on authoritarians on the left and right, permanently removing them from public life. However, establised blocs' delay in confronting the crisis still caused a voter backlash. Voters turned instead to Non-inscrits, who obtained a breakthrough at the 1990 federal election.

With statists–authoritarians once again reduced to a marginal and insignificant presence, anarchists secured supremacy over Gylian communism. The PA spent two decades in a secondary position, finishing second to the Liberal Union in federal elections, before regaining a plurality of first preference votes and seats in the 2012 federal election and taking the senior role in the Toni Vallas government.

Retrieved from "https://iiwiki.us/mediawiki/index.php?title=Communism_in_Gylias&oldid=243870"
Category:
This page was last edited on 29 August 2020, at 09:25.
Privacy policy
About IIWiki
Disclaimers