Feminism in Gylias has a long history as a social and political movement, dating back to the Gylian ascendancy. Throughout the 19th and 20th centuries, feminism was closely linked to revolutionary politics, and feminist ideals have been highly influential on other radical movements and the Gylian consensus.

The ancient societies of the Liúşai League were broadly egalitarian. Women had a generally good status and rights: they were equal citizens of the League states, participated in governing assemblies, had the same rights to inherit property as men, and there was no legal distinction between "legitimate" and "illegitimate" children.

Women were active in the public sphere as officeholders, religious figures, poets, thinkers, merchants, and soldiers, among others. Some League societies tended to be matrifocal and matrilocal.

In addition, the League societies recognised three gender roles, with the third being reserved for historical androgyny and genderqueer identities. 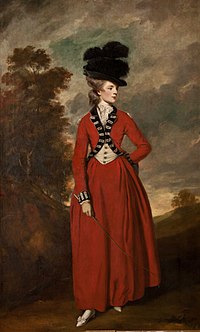 Xevden's conquest of the Gylic states in the Colonisation War had a ruinous effect on women's status. In line with its authoritarianism and marginalisation of native populations, Xevdenite laws denied women rights and recognition as citizens. The Xevdenite rulers tried to impose a patriarchal model of family, with women being legally subordinated to men and excluded from public life.

Xevdenite oppression provoked strong opposition from the Gylic and non-Gylic populations, at times violent. Glorification of the lost freedoms of the Liúşai League played a key role in the Gylian ascendancy, which put the restoration of women's rights at the centre of the Gylian agenda.

During the 19th century, feminism spread throughout the Gylian opposition, winning widespread acceptance across ideologies. Many ideologies had female founders or prominent advocates, such as Hannah Edelstein for conservatism, Nefne Sary for liberalism, and Mary Grant for socialism. There was a strong overlap between early liberalism and feminism, with pioneering feminists such as Enari Lentesi, Raş Seslætar, and Osal Lasfe linking demands for equal rights to a broader democratic reform.

It is thus possible to say that 19th century Gylian feminism reflected its origins in the Gylian ascendancy, by going beyond the demand for women's suffrage to demand radical transformation of society to ensure equality. Women were well-represented in the Gylian opposition, as activists, theorists, educators, and kyðoi. Feminism's radical character was strengthened by king Karnaz's 1902 coup and the ensuing disintegration of Xevden.

During his reign, king Láaresy implemented several reforms in an attempt to peacefully resolve Xevden's crisis, which included equal citizenship and suffrage. His wife and sisters were also prominent supporters of feminism and pushed for women's rights against the resistance of the Xevdenite reactionaries.

The establishment of Alscia by the Cacertian Empire brought significant advances for Gylian feminism. As the first lasting Gylian polity since the Colonisation War, it was founded on the basis of equality of the sexes, and represented an opportunity to realise the goals of the Gylian ascendancy.

The Donatella Rossetti government governed the province of Alscia from its establishment to its dissolution. It was not just the first modern Gylian government headed by a woman, but also the first to be majority female in its composition. Women were well-represented in politics and public life, and Alscian feminists formed ties with the strong Cacertian feminist movement.

The "hurried province" became an iconic symbol of modernity for Gylians. It experienced rapid economic and social development, and saw a liberalisation of norms around sexuality that produced a vibrant LGBT culture and the powerful Gender and Sexuality Rights Association of Alscia. The emancipation of the times was reflected in the blurring of gender roles, the emergence of flappers and androgyny chic.

The government's confrontational stance towards Xevden, manifested in the Alscian Border War and Alscia's status as a haven for radicals aided the incorporation of feminism into other ideologies. On the other hand, the achievement of power brought to light a divide in the feminist movement, between more conservative members content with merely achieving equality in Alscian society and more radical members seeking the construction of an entirely new society.

Illustrating the widespread acceptance of feminism in Alscia, even the far-right Futurist Party of Alscia advocated gender equality, the abolition of marriage, and a "tax on free love". However, the party formulated this from an extremist point of view — as Anna Glans-Vercell famously wrote, "Humanity is mediocre. The majority of women are neither superior nor inferior to the majority of men. They are all equal. They all merit the same scorn." — and advocated gender essentialism in opposition to the growing gender-abolitionist current.

The Free Territories carried out a radical social revolution, their efforts to create a liberated society going beyond Alscia's previous achievements. Complementing legal equality, free love and sex education were promoted, a spirit of prefigurativism took hold in culture, and women's equality was taken up as a cause by major organisations like the Anarchist Federation and Revolutionary Youth Union.

Many women served in the People's Army; female veterans of the Liberation War later recalled it as an empowering experience. It is estimated that up to a quarter of the PA's soldiers were women, and the number was slightly higher in the International Brigades, particularly in The Queer Insurrection and Liberation Army.

The influential reporting of Luisa Braglia and Sofia Westergaard highlighted the role of feminism in the Free Territories' social revolution, and thus helped attract admiration and IB volunteers from across Tyran.

The first phase of the Liberation War was also the period when the ideological conflict between gender-essentialists and gender-abolitionists came to a head. Fought over issues like sex work and trans rights, it ended with the victory of the gender-abolitionists, and the resulting purge of antisexualists and transphobes from public life and the feminist movement.

The end of the Liberation War allowed the consolidation of gains during the transition from the Free Territories to Gylias. Gylias preserved the Free Territories' anarchist heritage, including direct democracy through communal assemblies, which served as a precursor to gender mainstreaming, and the popularly-drafted Constitution and six codes, which were written in gender-neutral language.

Feminism represented a major component and undercurrent of the Golden Revolution. The sexual revolution undertaken produced a radically permissive society characterised by libertarian gender and sexuality norms and extensive protection for non-binary identities and intersex people. The combination of the "gender revolution" and generous social security led to the replacement of the nuclear family by a variety of family models. Sex work was regulated as a public monopoly.

Affirmative action policies encouraged the rapid entrance of women and LGBT people into the public sphere to maintain revolutionary momentum. Many Darnan Cyras government members were women, LGBT, or both, and some like Tina Jørgensen lent high-profile support to activism and efforts to increase LGBT representation in public life. Parties like Love, Nature, Democracy appeared, promoting anarcha-feminism.

With legal rights secured, feminism increasingly moved into the arena of society and culture. It secured notable victories in Groovy Gylias, including strong promotion of women's contributions to history to counter past marginalisation, the diffusion of feminist messages through popular culture, and the emergence of a dominant trend of playful, sex-positive presentation of sexuality throughout mainstream pop culture and pornography.

Notable philosophical issues for the contemporary Gylian feminist movement include the tension and reconciliation between the twin goals of abolishing gender as a social construct while protecting women's rights, and combatting the risk of far-right formations attempting to use a veneer of feminist rhetoric to advance reactionary goals like promoting an "us vs. them" xenophobia towards "less enlightened" foreign populations.

Retrieved from "https://iiwiki.us/mediawiki/index.php?title=Feminism_in_Gylias&oldid=229937"
Category:
This page was last edited on 24 July 2020, at 18:55.
Privacy policy
About IIWiki
Disclaimers