A general election in Xiaodong took place in September 2016 to elect the 13th State Presidium. Voting took place in all delegate constituencies of Xiaodong – 43 five-member districts - in order to appoint all 215 members of the State Presidium. The date of the election was declared to be the 16th September after the First Minister Xi Yao-tong requested to dissolve the State Presidium to the State Chairperson Liu Zhengming, who will also be elected after the new State Presidium convenes after the election. Alongside elections for the state presidium, elections for prefectural congresses, local congresses and mayoralties also took place across Xiaodong. In total, 3,903 seats for various representative bodies and 19 mayoralties were up for election.

The election resulted in the Xiaodong Regeneration Society's political front the National Regeneration Bloc to lose its majority, resulting in a hung parliament as no party reached the 108 seats needed to form a majority government. The opposition United Democratic Appeal for Xiaodong oversaw massive gains, which alongside the Alliance for Democracy in Xiaodong, a radical democratic party formed out of the 2014 student anti-corruption protests, meant that the pro-democracy gained a plurality in the State Presidium for the first time with 105 seats, with the ZSH whilst remaining the largest single party only got 100 seats. The inability of the State Presidium to elect the State Chairperson resulted in a snap election to be announced for 2017.

Xiaodong uses a parallel voting system with 115 seats being elected by first-past-the-post and 100 by single non-transferable voting system. All citizens in Xiaodong who are over the age of 21, not currently incarcerated and not deemed mentally ill are able to vote in elections. In 2008, the Xiaodongese government passed the Law on Electoral Spending which restricts electoral spending to 金金8,500 million ($80,664,320) per party (previously there were no spending caps).

There has been substantial criticism of the Xiaodongese electoral process. In particular, the FPTP/SNTV system has been highlighted to be heavily biased towards the ruling Regeneration Society, who have been accused of using gerrymandering. The Xiaodong Regeneration Society have also used the FPTP/SNTV system to ensure their opponents "split" votes between them, resulting in more wasted votes and favouring the Xiaodong Regeneration Society. The disenfranchisement towards the mentally ill has come under international condemnation as being unacceptable in the democratic process as has (although to a much lesser degree) the lack of prisoner suffrage. Finally there has been calls for Xiaodong to lower its voting age to 18 due to 31.18% of the population being under the age of 21.

The Xiaodong Regeneration Society has ruled Xiaodong since 1934, having won every multi-party election since 1988 via its political front the National Regeneration Bloc thanks to a mix of institutional support, control of the media and majoritarin electoral system. Since 2005, the Xiaodong Regeneration Society has been led by Yuan Xiannian who has co-currently served as the Xiaodongese First Minister. Yuan has overseen the biggest economic reform in Xiaodong since 1984, with the Xiaodongese economy being placed under the New Economic Policy. Yuan has also overseen a period of coldness towards Senria and stronger ties with Ankoren and Tuthina.

The 2011 general election saw several opposition parties led by the People's Party to run under an electoral alliance the Democratic Alliance (renamed the United Democratic Appeal to Xiaodong in 2014) which gained a total 44 seats. The 2015 Xiaodongese Student Protests saw thousands of Xiaodongese students initially protest against a corruption scandal surrounding the then Minister of Transport but turned into more broad protests relating to the ongoing system of corruption (dang wangluo), political authoritarianism and lack of opportunity for young people. This resulted in the creation of the populist, radical democratic Alliance for Democracy in Xiaodong.

Independent paper the Xiaodong Evening News has identified that the election as being a referendum on continued Regrneration Society rule. Since the 2011 the XMD have been beset by legalistive gridlock as State Chairman Jiang Zhongyu vetoed plans by the Yuan government to reform the judicial system as well as being perceived to have responded poorly in relation to increasing economic woes which has spread across Esquarium. According to Xiaodongese Observers political editor, Wang Jinping, the main issue of the election will be "the competency and continued legitimacy of Regeneration Society rule". Other issues will include the Xiaodongese economy, which is currently experiencing high inflation and unemployment and healthcare reform after several scandals relating to the poor quality healthcare provided by government insurance providers. The recent spate of terrorist incidents in Esquarium has also resulted in immigration, crime and cultural policy to become significant issues.

In June 2016 the Xiaodongese Stock Exchange was closed after record numbers of stocks were sold which threatened to set off a run of deposits and a drain of foreign exchange. The closing of the XSE resulted in the Xiaodongese government to nationalise the three largest banks in Xiaodong (Shenkong Investment Bank, Xiaodongese Bank of Commerce and Zhongdong Industrial Bank) buying back stocks at a loss of 19% and devalue the Renjin by 26%. The government's slow response to the crisis resulted in inflation to rise rapidly and the stock market to crash. The collapse of the stock market and the banking industry has led to some commentators to note that the Regeneration Society's strongest asset - their record of economic competence - has been "destroyed". 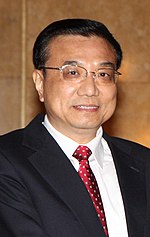 There are currently two major political parties in Xiaodong, all of which have representation in the State Presidium and consistently poll above 10%.

Since its formation the ADX has measured increased support, mainly from young people disillusioned both by the governing ZSH and "establishment" democratic parties. Nevertheless, the ADX has said it will support a UDA government in return for radical democratic reform.

Current opinion polling shows that Zaishenghui support has decreased from over 50% to 30%, increasing the chance of a hung parliament and the first non-XGD government in 65 years. There has been increased media focus on the possibility of a minority or coalition government or a confidence and supply agreement. At their last party conference in 2014 the People's Party pledged to never support a Zaishenghui-led government, and pledged to lead an UDA government with the Progressive and Social Democratic Parties, who also agreed to be part of such a government with Hu Wenjuan as First Minister. The ADX say they will support a UDA government to see the Zaishenghui removed from power in return for a UDA government to undertake serious and radical democratic reform.

The Regeneration Society had been steadily losing popularity after 2011 due to a corruption scandal in 2012 and the removal of rural subsidies in 2014 that saw predominantly conservative farmers' who usually voted for the Regeneration Society to turn against the government and support the opposition instead. The 2015 student protests also had a large role in diminishing support for the government. As a result of their plummeting popularity Yuan Xiannian resigned from the post of First Minister in the run up to the election and was replaced by Xi Yao-tong, with the Regeneration seeing a small boost in the polls - however this was wiped out after a stock market crash began a few weeks later.

In comparison, the opposition UDA had released a detailed policy platform that focused on corruption and bringing economic stability including tax rises, implementing a family allowance, overseeing asset sales, cutting red tape and implementing a national living wage. The UDA also wanted to implement a presidential style of government, proportional representation and to prosecute corrupt officials. In August 2016 the UDA and the Alliance for Democracy in Xiaodong agreed to form a coalition government if they combined got over 108 seats and implement radical democratic change.

During the campaign Yuan Xiannian despite running again in his Gemingzhen seat was largely sidelined by the official Regeneration Society campaign due to his unpopularity.

The election produced the first hung parliament in Xiaodongese history as the Regeneration Society lost its supermajority. By constitutional convention as the UDA and Alliance had a plurality of seats they should be given the opportunity to form a government, but the State Chairman Jiang Zhongyu gave the opportunity instead to Xi Yao-tong to form a caretaker government. Jiang stated as his term was nearing its end in October that the election of a State Chairman as replacement would result in the formation of a new government.

The State Chairman in Xiaodong is elected by the State Presidium. Candidates are nominated by a quarter of presidium delegates (54) and unless running unopposed must reach a supermajoirty of 141 votes to be elected. If no candidate reaches 141 votes in the first round, a second vote is held where the threshold is lowered to a simple majority of 108 votes. If no candidate passes that threshold, the State Presidium must be dissolved and a new election be held to break the parliamentary deadlock.

In October 2016 Jiang's seven year term as State Chairman expired, triggering an election for his successor. The Regeneration Society nominated former First Minister Yuan Xiannian as their candidate for State Chairman whilst the UDA nominated one of their independent members, Li Zheng, for the post. Polling showed Yuan was slightly more popular amongst the general public.

In the first round of voting Yuan got 101 votes and Li 105, triggering a run off election. The New Frontier Party officially called on its delegates not to vote for any party but four broke with the party whip and voted for Yuan in the second round, resulting in 105 votes for Yuan, 105 for Li and 5 abstentions. As a result the acting State Chairman Liu Zhengming announced Xi's government would continue in a caretaker role and announced a new election to take place in January 2017. Template:Elections in Xiaodong

Retrieved from "https://iiwiki.us/mediawiki/index.php?title=Xiaodongese_general_election,_2016&oldid=27923"
Categories:
Hidden categories:
This page was last edited on 11 March 2019, at 16:45.
Privacy policy
About IIWiki
Disclaimers