Beatavic (Beatavician: Prachtige Kust), officially the Republic of Beatavic (Beatavician: De Republiek van Mooie Kust), is a nation located in Nortua bordering Albanovi to the east, Birnir and Acdia to the south, Artaska, Cechena and Constantio to the north and the Samson Ocean to the west. It consists of 13 provinces, and is governed by Prime Minister Marlijn Zallandt with the federal capital being Gran Telea.

The territory of Beatavic emerged as an early power in Western Nortua in the early 500s, building up a prominent empire in the region. In the late 1500s, its empire declined and was absorbed by the Constantioans, of which it remained governed by until independence was won in 1822 during the War of Independence. The nation adopted a democratic government and incredibly diverse cultural dynamics, which remained steady until the 1990s when a multitude of factors, including the 1990 Gran Telea Riots and the Chezian War resulted in a violent civil war that lasted from 1998 until 2002. Since then, however, the economy of Beatavic has climbed sharply and the nation is a leader on the Nortuan continent.

The origin of the name of Beatavic comes from the word Beatóvïc used by tribes in what is now Beatavic to describe the area they settled in. The meaning remains disputed however most sources claim it means Temperate Mountainside

The oldest traces of human life in what is now Beatavic date from approximately 800,000 years ago. For over 2000 years, the inhabitants were confronted with mostly temperate temperatures, living a Nomadic hunter-gatherer life.

Areas of Beatavic independent of Outas control were referred to as Magna Beatavici. Modern scholars sometimes refer to the Magna Beatavici as Free Beatavic or Beatavic Barbaricum. As parts of Outas social engineering efforts, large numbers of Beatavicians were settled within Outas territory in order to prevent revolts by resident tribes.

The Kingdoms of Acdian and Artaskan tribes held varying degrees of control over the Beatavician expanse from 500-982 AD, with constant warfares plaguing the region. In 1012, Florentijn Stuiverman began his conquest of The Kingdom of Artaska and established the Beatavician empire. After conquering southern Artaska and northern Acdia, Florentijn Stuiverman would conquer Acdia and slaughtered the populous, approximately 1/5 of Acdia's population were killed in what is known as the Great Acdia Slaughter. 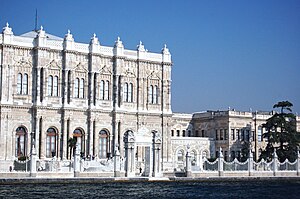 In 1599, Constantio invaded Beatavic and swiftly conquered it under Justano II, who had previously led a brutal conquest of neighboring Cechena. Beatavic remained a vestige for the Constantioan empire for more than 200 years, as Constantioans made use of Beatavician innovations in road-making, aqueduct construction, and adopted some cultural elements like cuisines, music, and art. In the first half of the eighteenth century, the Constantio Empire came under increasing strain from inflation and the rapidly rising costs of warfare and expansion that were impacting both Constantio and the rest of their empire across Nortua. These pressures led to a series of crises around the year 1750, placing great strain upon the Constantioan system of government. The empire underwent a series of transformations of its political and military institutions in response to these challenges, enabling it to successfully adapt to the new conditions of the last half of the century and remain powerful, both militarily and economically.

In 1820, as the Great Nortuan War was breaking out across territories of the Constantioan Empire, rebellious factions in Beatavic declared independence from Constantio and began to wage a guerilla conflict against imperial forces. In the process of the conflict, a prominent general named Jan-Joost Dieleman annexed the southeastern shoreline region of Gadyural along with parts of Berganzio, giving Beatavic direct access to the Sotoa Sea. Imperial forces withdrew fully from Beatavic on April 5th, 1822

Shortly after establishing a government, the Constitution of Beatavic, and a permanent capital city in Gran Telea, Nije-Twilhaar Hengelaar, a former merchant and rebel fighter, won the 1824 Beatavic prime ministeral election in a landslide.

In 1841 Beatavic would colonize St. Lothario and the Libertines and in 1842 colonized Kontio.

In 1863 while Prime Minister Naud Essen was riding his horse, he was fatally stabbed by an assailant, marking the the first assassination of a Beatavician prime minister.

Beatavician forces participated in the World War alongside the allied forces in 1951-54. They were drawn into the war after their forces were attacked in the Battle of Port Badmun in Vulkaria, as they had been stationed in Ausiana for a diplomatic stopover. 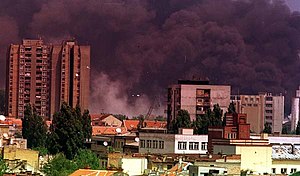 The 1990 Gran Telea Riots were a series of riots and civil disturbances which occurred after a series of instances of police brutality. The incidents served to deepen ethnic and political tensions in Beatavic, which contributed to the country's involvement in the Chezian War (1992-95). The war began after Syraranto withdrew from the Chezia Alliance and invaded Constantio, threatening all other Chezian nations. Beatavic joined their allies, throwing support behind the Constantioans and Cechena. While Beatavician forces were largely confined to fighting in other nations, some flareups of insurrectionist violence occured within Beatavic itself as nationalist and secessionist groups clashed. While the Chezian War concluded in 1995, tensions continued to simmer in Beatavic until a civil war broke out in 1998. Secessionist ideology largely declined, but nationalist groups wanted more influence in government and attempted to overthrow the federal forces. Nationalists and federalist factions fought for four years, with nationalists specifically committing many war crimes including massacres and the use of child conscripts. At the conclusion of the war in 2002, nearly than 92,000 people were killed. Nearly 5,000 of those killed were civilians. Nationalist leaders were put on trial for their roles in the fighting, and they were either sentenced to life or death.

Beatavic joined the Sotoan Basin Union on January 1st, 2005, after negotiations in Norasa grew confidence that the nation had finally recovered from the 1998-2002 civil war.

On September 5th, 2012, Al-Fijar committed a series of bombings against hotels and government buildings in Amstelvoort, killing 201 people and wounding more than 300.

In 2019, Beatavic joined the C21 after replacing Utobania. Beatavic's economy had spiked with its inclusion in the SBU and a surging automobile market, with Amstelvoort being the largest automobile manufacturing site in Western Nortua fueling much of the economy. 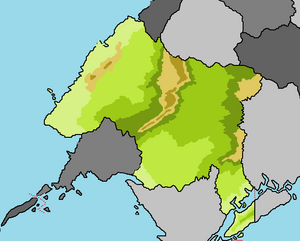 The topography of Beatavic is extremely varied, from lowlying coastal plains with the exclusion of the Kleine Berg Mountains to prominent Chezian Alps peaks 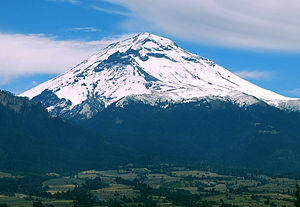 Mount Schoppe, an active stratovolcano and the highest peak in Nortua (4,577 m or 15,016 ft), runs along the border of Beatavic and Albanovi

Beatavic is crossed from north to south through the center of the country by the Chezian Alps, a second mountain range known as the Alban Alps runs along the eastern border with Albanovi and a third mountain range known as the Kleine Berg Mountains which runs near the Galton Sea. The highest peak in Nortua, an active stratovolcano called Mount Schoppe (4,577 m or 15,016 ft), is located in Beatavic along the border with Albanovi. Beatavic is situated at an interesting tectonic plate anomoly, as the Nortuan plate pulls away from the Cadairi plate in Adula, but also submerges with the Samson plate, leading to considerable seismic and volcanic activity. The 8.2 magnitude 2021 Gran Telea quake was the strongest and deadliest in Nortua since the 1901 Coplesti quake, which registered 8.1 magnitude. Although deadly volcanic eruptions in Beatavic are extremely rare, volcanos do erupt frequently but with low intensity.

Because of the varied topography, proximety to sea level, width of the Birnir peninsula, and the mostly mountainous hinterland, the climate of Beatavic is highly diverse. In most of the inland northern and central regions, the climate ranges from humid subtropical to humid continental and oceanic. In particular, the climate of the central valley geographical region is mostly continental, with harsh winters and hot summers.

The coastal areas generally fit the Sotoan climate stereotype (Köppen climate classification Csa). Conditions on the coast are different from those in the interior, particularly during winter months when the higher altitudes tend to be cold, wet, and often snowy. The coastal regions have mild winters and warm and generally dry summers, although lowland valleys can be quite hot in summer. Average winter temperatures vary from 0 °C (32 °F) on the Chezians to 12 °C (54 °F) in the coast, so average summer temperatures range from 20 °C (68 °F) to over 25 °C (77 °F). Winters can vary widely across the country with lingering cold, foggy and snowy periods in the north and milder, sunnier conditions in the south. Summers can be hot and humid across the country, particularly in the south while northern and central areas can experience occasional strong thunderstorms from spring to autumn.

After its quick industrial growth, Beatavic took a long time to confront its environmental problems. After several improvements, it ranks moderately in the world for ecological sustainability. National parks cover about 5% of the country. In the last decade, Beatavic has become one of the world's leading producers of renewable energy, however, air pollution remains a severe problem, especially in the industrialised center, reaching one of the highest levels worldwide of industrial carbon dioxide emissions in the 1990s. Beatavic is one of the world's largest carbon dioxide producers. Extensive traffic and congestion in the largest metropolitan areas continue to cause severe environmental and health issues, even if smog levels have decreased dramatically since the 1970s and 1980s, and the presence of smog is becoming an increasingly rarer phenomenon and levels of sulphur dioxide are decreasing.

Many watercourses and coastal stretches have also been contaminated by industrial and agricultural activity, while because of rising water levels, some lowlying coastal towns have been regularly flooded throughout recent years. Waste from industrial activity is not always disposed of by legal means and has led to permanent health effects on inhabitants of affected areas. The country has also operated several nuclear reactors between 1963 and 1990 but, after the Treviso nuclear crisis and a referendum on the issue, the nuclear programme was largely stalled. The government reinvigorated nuclear ambitions, planning to build up to four nuclear power plants with a mix of Beatavician, Quetanan, and Zamastanian technology. 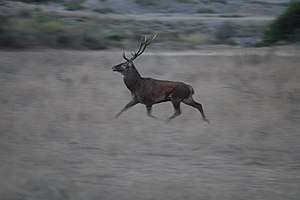 Beatavic has one of the highest level of faunal biodiversity in Nortua, with over 57,000 species recorded, representing more than a third of all Nortuan fauna. Beatavic's varied geological structure contributes to its high climate and habitat diversity. Beatavic sits on the Birnir peninsula is in the center of the Nortua-Adula divide, forming a corridor between West Nortua and Northwest Adula, and has 8,000 km (5,000 mi) of coastline. Beatavic also receives species from the northernmost regions of Nortua and migratory species from Central and South Adula. Beatavic's varied geological structure, including the Chezians and the Albans, Central Beatavician woodlands, and Southern Beatavic Garigue and Maquis shrubland, also contributes to high climate and habitat diversity.

Betavic is a full democracy with a largely centrist political environment, with a Constitution and Bill of Rights as the center of founding principals in the Beatavic Government.

There are multiple political parties in Beatavic, but parties on the federal level tend to lean centrist with the historically predominant centre-right Conservative party and the centre-left Liberal Party, the Labour Party on the left, Beatavician People's Party on the far-left, and the Mooie Kust Nationalistische Party on the far-right alongisde other parties including the Berganzio Nationalist Front, the Party of Progress and the Green Party. 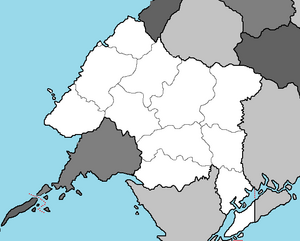