The Federal Republic of Besmenia, commonly called Besmenia, is a German-speaking country in the Coalition of Crown Albatross. It is located in the east of Nortua, bordering New Anea to the northwest, Xevus, Fir. Campica and Yubonia to the west, and Candatora to the east. The country is a parliamentary democracy. The current President since 2021 is Vincent von Schilling. The current Prime Minister since 2012 is Theodor Sidemann.

Besmenia is considered a wealthy country with a strong economy among global competitors. Besmenia is a founding member of the Coalition Trade Organization.

In February 1991, the assassination of Martin Beiter occurred.

The Felixberg with the transmitter on  the top.

The entire area around it is protected. On the highest mountain in the Summingian forest is the Felixberg, which is also a popular destination of tourists. On the Felixberg, there is a transmitter system of the Besmenischer Rundfunk. There is also an observation tower there.

The largest lake in Besmenia is the "Könlenzer See" in the state of East Lemberland. The lake is used for leisure activities. The sports of sailing, surfing, diving and swimming can already be practiced. At 177 meters, it is also the deepest lake in Besmenia.

Football is the popular sport in Besmenia. The first football games took place in Besmenia around the 1860s, where it was very popular. Besmenia has had its own national football team since 1893, which, according to many, plays pretty well and is also popular internationally. 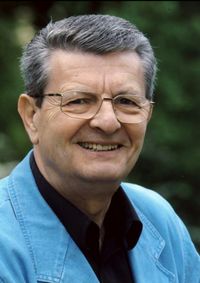 In the 1950s, the main focus in East Besmenia was on drama films. Most of the Besmenian films made in the 1960s were comedy and horror films. One of the most important directors was Helmut Rommel. He made around 18 feature films between 1957 and 2004. Many of his films are considered masterpieces of Besmenian film culture today. His film Empire of Evil, which was released in 1990, is internationally the most successful Besmenian film of all time.

Retrieved from "https://iiwiki.us/mediawiki/index.php?title=Besmenia&oldid=332894"
Categories:
Hidden categories:
This page was last edited on 5 April 2021, at 10:17.
Privacy policy
About IIWiki
Disclaimers