The Republic of Syraranto, most commonly known as Syraranto, is a nation in the Coalition of Crown Albatross located on the continent of Nortua, bordered by Constantio, Jacreania, Achijan, New Judsi, New Ansion, and North Icadania, with a maritime border with Vuswistan. It has the longest coastline on the Sotoa Sea Basin at 10,676 km in length, featuring many islands, of which 227 are inhabited. Eighty percent of Syraranto is mountainous, with Mount Sojian being the highest peak at 2,918 metres (9,573 ft). The capital and largest city of Covijo is one of the historically longest inhabited cities on Iearth, with a population of 5,893,000.

Syraranto rose as a regional power during the middle ages when the various regional kings created an alliance and conquered much of the coast along the Sotoa Sea. In the 16th century, the alliance was conquered and annexed by the Constantio Empire. The alliances remained under Constantio rule until the Chezian Wars of Independence (1806-23), which involved Syraranto's own revolution resulting in its nationhood. In 1928, a republic was formed and following a rich economic boom became a regional power once again among Chezian states. A devestating civil war from 1956-59 severely ruined the country's infrastructure, but investments from C.C.A. sponsor nations such as South Sotoa, Avergnon, and Zamastan helped progress a period of reconstruction. Syraranto's involvement and military performance in the Chezian War (1992-95) cemented it's power in the region. However, following the bombing of the Parliament by the Balgita Nationalist Forces in Covijo on July 29th, 2020, the country became engulfed in another civil war.

Syraranto is a unitary parliamentary republic and developed country. Before the war, it was ranked highly with an advanced high-income economy, a high quality of life, and a very high standard of living. Syraranto's unique cultural heritage, large tourism industry, prominent shipping sector and geostrategic importance classify it as a middle power. Before the civil war began in 2020, it was a member state of several international organizations such as the Coalition of Crown Albatross and the Sotoan Basin Union.

The original native Syrarantoan name for the country was Հայք (Sayk’); however, it is currently rarely used. The contemporary name Հայաստան (Syrayasto) became popular in the Middle Ages by addition of the Utobanian suffix -sto (place). However the origins of the name Syrayasto trace back to much earlier dates and were first attested in circa 5th century in the works of Sagathangelos, who coined the word Syraranto to describe the land comprising the rocky shoreline of the Sotoa Sea. 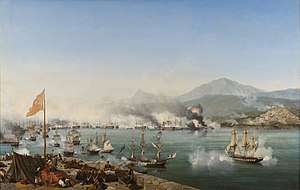 The Chezian War was a series of separate but related ethnic conflicts, wars of independence, and insurgencies fought in the Chezia Region of Western Nortua from 1992 to 1995, which led to the breakup of the Chezia Alliance. The nations involved in the war included Constantio, Cechena, Syraranto, and Achijan, while outside powers such as Birnir, Cadair, South Sotoa, and Zamastan contributed to the efforts of their respective allies. The constituent republics of the Chezia Alliance declared war on each other, as well as several dozen separatist movements, despite unresolved tensions between ethnic minorities in the participating countries, fueling the wars.

The war began as Syraranto withdrew from the Chezia Alliance and invaded Constantio on February 5th, 1992. The governments of Consantio and Cechena, as well as dozens of militia and faction forces committed to the preservation of the alliance, joined forces to counter the fighting. The government of Achijan, wanting independence from the Alliance, began fighting a new front in the east, alongside separatist forces within Constantio and Cechena. The fighting soon escalated from conventional war to more sporadic insurgency fighting as all the government armies began breaking into independently controlled factions with very little central command.

Most of the stages of the war ended through peace accords, involving full international recognition of new states, but with a massive human cost and economic damage to the region. Often described as Nortua's deadliest conflicts since the Sotoan War, the wars were marked by many war crimes, including genocide, crimes against humanity and rape. The Cechena genocide was the first Nortuan crime to be formally classified as genocidal in character, and many key individual participants in it were subsequently charged with war crimes. The International Criminal Tribunal for the former Chezian Alliance (ICTCA) was established by the Coalition of Crown Albatross in 1998 to prosecute these crimes. According to the C.C.A., the Chezian War resulted in the death of 290,000 people.

While initially strongly opposed to the invasion, the international community began to largely back Syraranto as the war began to draw to a close. Syraranto came out of the Chezian War with relatively very little inner political turmoil and a high standing both economically and militarily, with a newfound patriotism for the population.

On July 29th, 2020, the Balgita Nationalist Forces rebel group detonated a bomb in front of the Syraranto Parliament in Covijo, killing 23 people and injuring dozens more. An intensive investigation with international intelligence aid from the Zamastanian Intelligence Service determined that the B.N.F. had committed the attack in an attempt to kill President Tasoulas, who was unharmed in the attack. Six days later, the President launched a military offensive against "terror organizations and rebel insurgents" in Western Syraranto, effectively starting the Second Syraranto Civil War. 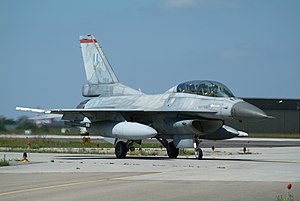 A Z-16 (purchased from Zamastan), the main combat aircraft of the Syraranto Air Force, during an airshow

Moreover, Syraranto maintains the Syraranto Coast Guard for law enforcement at sea, search and rescue, and port operations. Though it can support the navy during wartime, it resides under the authority of the Ministry of Shipping.

Syraranto military personnel total 167,450, of whom 82,950 are active and 80,500 are reserve. Syraranto ranks 17th in the world in the number of citizens serving in the armed forces, due largely to compulsory military service for males between the ages of 19 and 45 (females are exempted from conscription but may otherwise serve in the military). Mandatory military service is nine months for the Army and one year for the Navy and Air Force. Additionally, Syraranto males between the ages of 18 and 60 who live in strategically sensitive areas may be required to serve part-time in the National Guard. However, as the military has sought to become a completely professional force, the government has promised to reduce mandatory military service or abolish it completely.

As a member of the Coalition of Crown Albatross, the Syraranto military participates in exercises and deployments under the auspices of the alliance, although its involvement in C.C.A. missions is minimal. Syraranto spends over Z$7 billion annually on its military, or 2.3 percent of GDP, the 29th-highest in the world in absolute terms, the seventh-highest on a per capita basis, and the fourth-highest in C.C.A. after Zamastan, Drambenburg, and Yuan. Moreover, Syraranto is one of only six C.C.A. countries to meet or surpass the minimum defence spending target of 2 percent of GDP.

Additionally, due to its political and geographical proximity to the heavily populated areas of Nortua, as well as a common geographical enemy in the rogue nuclear state of North Sotoa, Syraranto is a country of significant geostrategic importance, which it has leveraged to develop a regional policy to help promote peace and stability in the Chezian corridor, the Sotoa Sea, and West Nortua. This has accorded the country middle power status in global affairs.

Prior to the 2020 civil war, Syraranto was a member of numerous international organizations, including the Council of Nortua, the Chezian Union, the Union for the Sotoa Sea, and the Coalition of Crown Albatross. Its seats on the CCA and Chezian Union were both suspended after President Tasoulas began military operations against rebels. Key allies of the Syraranto government include Yuan and Great Epsilon, while key enemies include North Icadania and New Ansion.

Retrieved from "https://iiwiki.us/mediawiki/index.php?title=Syraranto&oldid=255625"
Categories:
Hidden category:
This page was last edited on 29 September 2020, at 17:41.
Privacy policy
About IIWiki
Disclaimers