The Rongzhuo Strategic Organisation Protocol is a military alliance in southern Coius currently consisting of the Auspicious Republic of Shangea and the Union of Zorasani Irfanic Republics.

From the mid 1960's to 1984 there had been an increasing trend by Shangea, the UZIR and UFRS to engage in security cooperation, predominantly against Senria and states in Rahelia (such as Irvadistan and Tsabara). Several events - such as the Coastal Crisis in 1975 and the Irvadistan War from 1975-1979 led to increasing pressure on the two states to engage in closer relations. Collective defence treaties between Shangea and the UFRS in 1978 after the end of the Third Satrian War and the UZIR after the unification of Zorasan in 1980 were signed as a result of this strategy. The organisation was formalised in 1984 following the signing the Rongzhuo Strategic Protocol, when the separate collective defence treaties were merged, partly as a response to the creation of the Senrian-led Council for Mutual Security and Development (COMSED).

ROSPO has mainly focused on integrating military technology and expanding membership. Unlike COMSED widely seen as as ROSPO's rival ROSPO does not include any economic or political element, being a military focused alliance.

With the formation of the Auspicious Republic of Shangea in 1940 and the Union of Khazestan and Pardaran in 1952 there was a shift away from the dominance of Senria and Euclean colonial empires who had triumphed in Coius following the Great War. The governments of Shangea and the UKP were all based on anti-colonial ideologies and revanchism that sought to expand national borders (pan-Zorasanism and Greater Shangea) and undermine the post-war order in Coius.

Cooperation between the nations to overturn the prevailing order in Coius predate the creation of ROSPO. The Pardarian Revolutionary Resistance Command, the precursor to the UKP's government, was supported by Shangea from as far back as 1918 and the Shangean had supported the PRRC forces during the Great War. Shangea supported the victorious PRRC during the Pardarian Civil War sending both troops and material support, whilst Shangea's National Principlism and Khazestan-Pardaran's Severn Principles were considered mutual influences on each other. During the 1950's all three nations strongly supported decolonisation by Euclean countries such as Etruria, Werania and Estmere.

The Rahelian War (1963-1966) saw Shangea support the UKP. In 1964 the Gharazi-Li Agreement was made which committed the UKP to "expelling" imperialists from Rahelia and Bahia and Shangea from southwest and southeast Coius, with the agreement containing secret clauses that committed the two nations to mutual defence.

The 1970's saw both nations undergo foreign policy crises that highlighted their international isolation. The 1975 Coastal Crisis forced Shangea to prematurely detonate a nuclear weapon (Housheng) which was seen as the main factor in preventing international intervention against Shangea regarding the Treaty of Keisi. The 1975-1979 Irvadistan War despite the UKP being invaded by Irvadistan did not see Shangea meet its collective defence obligations due to the ongoing Coastal Crisis which led the UKP to undertake a lengthy campaign alone, although Shangea did provide material support.

By 1982 the three nations security policies had shifted due to the changes in the international sphere from the 1972-1982 period. The UKP had transformed into the Union of Zorasani Irfanic Republics in 1980 following the annexation of Irvadistan but the annexation had been opposed abroad and isolated the new union internationally. Shangea's lack of support for the UKP in 1975 respectively had undermined its image and isolated it during the Coastal Crisis. As a result of the three nations foreign policy isolation during the 1970's there was widespread calls by the two nations to come to a security arrangement, buffeted by the massive expansion of Shangea's nuclear weapons programme and the creation of the Council for Mutual Security and Development in 1981. 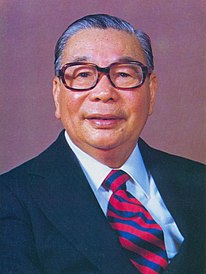 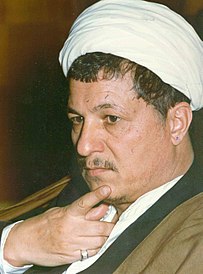 Qian Xingwen and Attallah Shahedeh, the founding leaders of ROSPO.

The conclusion of the wars of the 1980s accelerated the move towards military cooperation between Shangea and Zorasan. In Autumn 1982 there was a series of meetings between the chiefs of staffs of the two nations that discussed military cooperation, leading to the Namrin Declaration in October 1982 that saw the two nations commit to the creation of a "mutual security bloc" in Coius.

A major stumbling block to negotiations was the issue of collective defence - Shangea was hesitant to commit to this policy as it would result in their nuclear arsenal being used to protect Zorasan. A shift in leadership in Shangea in 1984 following the assassination of Sun Yuting and a subsequent one in Zorasan with the retirement of Javad Jahandar led to the final stumbling block in talks between the three nations to be overturned. On the 14th August 1984 Qian Xingwen and Attallah Shahedeh met in Rongzhuo where they signed the "Strategic Protocol" that officially created the ROSPO Council and Supreme Command, formally creating the Rongzhuo Strategic Protocol Organisation.

The protocol outlined the main focus of the organisation as being based on mutual defence - nations within the organisation would adhere to mutual non-intervention in the internal affairs of the member countries, respect for national sovereignty, and political independence.

The signing of the strategic protocol was seen to change the power dynamics in Coius, upgrading the ad hoc cooperation between Shangea and Zorasan into a formalised pact. As a result of the pact's signing some nations with close relations to ROSPO member nations such as Kuthina were seen to begin cooperation with the organisation.

ROSPO during the 1980's primarily concentrated on several joint exercises. The unification of Zorasan and Shangea's concentration on economic reform meant that the nations remained largely focused on domestic issues with Coius being more stable then during the 1970's. A series of state-sponsored terrorist incidents between Shangea and Senria from 1985 to 1995 did not see coordination between ROSPO nations, with Shangean actions such as Operation Calm Waters being performed unilaterally. 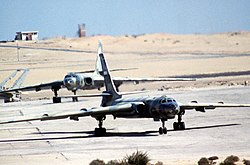 During the initial stages of the Chanwan War in Shangea that lasted from 1988 to 1994 Shangea claimed that the war was merely a "policing action" and denied assistance from ROSPO forces despite the threat of spillover into Zorasan. In 1992 the ROSPO Council was called by Zorasan who worried about increasing spillover from the conflict demanded joint-operations to be approved to fight separatist forces. In July 1992 ROSPO operational command approved of airstrikes to be conducted by the Zorasani airforce in Shangean territory designated to be held be rebel forces, marking the first combat operation by ROSPO.

During the 1990's ROSPO also did [stuff about joint tech research]. 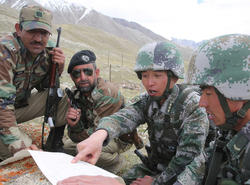 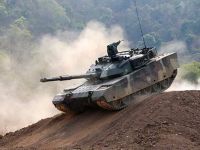 ROSPO is divided between two main bodies of administration - a civilian wing and a military wing. The ROSPO Council - a meeting of the nations top executive leaders such as heads of state, government, foreign and defence ministers - is the highest body of the organisation meeting every month or during emergencies to determine ROSPO policy. The council is chaired by the ROSPO Chairman. When the Council is not in session, the Chairman also leads the secretariat that handles the day-to-day administration of the organisation and is the main civilian component of the organisation. The current chairman is former Zorasani general Mojtahed Bayat-Zanjani.

Both the Secretariat and the Supreme Command also oversees the Research Council, which conducts joint research and development.

It is tradition amongst the ROSPO member nations to rotate the positions of Chairman, Supreme Commander and Operational Commander between them. All have four year terms, although in practice most stay in post for 8 years before transitioning. The last leadership transition in ROSPO occurred in 2016 with all three commanders being reappointed to their posts in 2020.