Ahin Chan Toktan (born 11 July 1960) is a Mutulese politician and diplomat serving as Josanek since 2011. He was nominated by Jasaw Chan K'awiil V in this position to serve as the equivalent of a Minister of Foreign Affairs. He is the unofficial leader of the Metis' Clique, a court faction of diplomats and other public agents with ties to the broaded Rezeist Movement even if some of their opponents have criticized them as a re-incarnation of the Occidentalists. The clique gained its name from the fact all of its founding members, Ahin Chan Toktan included, were metis.

Ahin Chan Toktan was born in Castellum ab Alba as the son of the Mutulese ambassador at the time and a Latin woman. He went with his father back to the Mutul in 1964, where he would spend the rest of his childhood. There he followed in his father's footprints and was formed to become a Diplomat. Not only was it a "family profession", the Divine Throne also favored metis to serve in diplomatic positions, out of the belief they make better "faces" for the Mutul as a whole.

He started his career in 1984 with a position as Councellor at the Castellum embassy.

His status as a noble granted him a position in the Assembly of his Mutulese hometown, once he was of age, even if his ongoing studies and then his work outside of the Kingdom meant he could rarely attend debates. He nonetheless a regular voter, generally siding with his father on most of the issues. 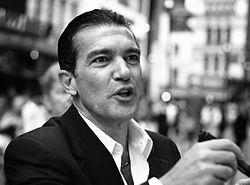 His real start in politics happened much sooner. Still at the Nawi, he met and became friend with a number of other aiming-to-be diplomats of mixed origins. They would form of the basis of what would become known as the Metis' Clique. He also embraced the Rezeist Movement and was an active member of the local "Rezeist students cell", promoting their ideas to the rest of his Nawi. He would never leave behind this early political life and once back from Latium in 1989, he became a liaison officer with the Latin Embassy in K'alak Muul, but was then in 1991 recruited by His Beatitude K'in Chamax, an Ajaw K'in Mai nominated by the recently crowned Jasaw Chan K'awiil V as the new Josanek, to be part of his Cabinet. He served alternatively as Councellor on Belisarian Affairs, Second Secretary for Latium, and then, following K'in Chamax's death, as First Secretary on Belisarian Affairs in Muyeek Tzabakan Cabinet.

In 2011, Muyeek Tzabakan was forced to resign after he had been compromised in a scandal and it's Ahin Chan Toktan who was nominated to become the new Josanek. Since then the Metis Clique has become the dominant faction inside the Mutulese diplomacy, even if its exact reach or size remain unknown to the public opinion.

Retrieved from "https://iiwiki.us/mediawiki/index.php?title=Ahin_Chan_Toktan&oldid=118311"
Categories:
Hidden category:
This page was last edited on 14 October 2019, at 21:53.
Privacy policy
About IIWiki
Disclaimers