The Kingdom of Mizialand (French: La Mize, Dutch: Mizialand, German: Mizialand) is a constitutional monarchy classified as 'Liberal Democratic Socialists' (2018) by the WA, located in Western Lorecia, Astyria. It is neighbored by Noordenstaat to the north, Haguenau to the west and seprated from Scanonia in the east by the Euskania mountain range.

The northern and eastern portion of the country is bordered by the Euskania mountain range while the southern region is flat. Most of the population is concentrated on the central plateau and southern coast. The capital is Heleventia and the largest city is St. Louis.

The Kingdom was established on 17th April 1912 after Guérin Vincent overthrew the Sanchez Dynasty; which then culminated in a civil war that lasted for the next three years. In 1918, Guérin Vincent established the concept of "Mizia welfare state", one of the first countries in Astyria to do so. However, civil and political rights were suppressed, with the supporters of the Sanchez dynasty and the supporters of Republicanism either imprisoned or killed. The country made massive strides in term of health and education in the next few decades but unemployment and economic stagnation fueled civil unrest which culminated in anti establishment movements in the 1960s that were brutally suppressed. During the 1980s Queen AmberLynn LaPierre Vincent initiated the policies of State Capitalism and Special Economic Zones to successfully start economic growth. She also brought in the The Representation of People Act, an act which gave wide local powers to communes. Growth rate averaging over 12% for next two decades transformed the Kingdom into a wealthy, self-sufficient country. Mizialand remained one of the fastest growing economies in Astyria for much of its history; however a significant setback in December 2012 sent the country into a three year long recession which ended only in September 2015. The recession was triggered by a balance of payments and debt crises and average growth during this period was -1.5%. However, the country picked up growth in 2015 and is now enjoying a healthy growth rate of 2.5%.

Mizialand is unique in the aspect that for the last 100 years, since the fall of the Sanchez dynasty, all its rulers have been women. The marriage of HRH's brother Pierre Vincent to long time friend Hélène Vincent (née Françoise) and his subsequent withdrawal to any claim to the throne, puts Her Highness Hélène Vincent as the next in line to throne, thereby meaning that a woman will succeed HRH Sophie Vincent, in line with the trend of last 100 years.

For much of its history, Mizialand was a "semi constitutional monarchy" with Her Majesty's Government often describing itself as "one of the last remaining absolute monarchies, resistant to the interludes of time and winds of change". In 2016, HRH Queen Sophie Vincent abolished the absolute power of her throne and converted Mizialand into a "centrist parliamentary democracy". Thereafter the country became a constitutional Monarchy and held its first ever nation wide elections. The National Union for Democracy and Freedom emerged as the single largest party and Mr. Ben Vilke was elected as the Prime Minister. This transition has been hailed by the press and World Assembly as "remarkable" and "one of the most successful, not to mention one of the most peaceful of our times".

Mizialand has very high HDI of 92, which is one of the highest in Astyria. It maintains a very strong social welfare system providing universal healthcare and tertiary education for its citizens. It ranks highly in health care, public transport, income equality among other. Civil and political freedom have improved considerably in the recent years. Mizialand is a member of the Imperion Coalition and the Lorecian Community.

The tricameral legislature of Mizialand is based on the Westminster system of parliamentary governance. The Parliament is known as La Frachière in French, and is referred to as such in Dutch and German. It was established in 1912 as a bicameral legislature. The 2016 Constitution converted this bicameral legislature into a tricameral one. The lower most house, or the Third Chamber (Troisième chambre/Derde kamer/Dritte Kammer) is directly elected once every 5 years by means of an open party list proportional representation. 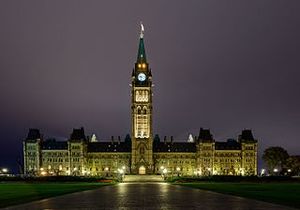 The seats in this 600 membered lower house are equally divided among the three major linguistic groups. Further 15 members from the tribal community are appointed by Her Majesty. Thus the total membership is 615. A money bill can only be initiated in the Third Chamber. Budget can be voted upon only in the third chamber. The Second Chamber (Deuxième chambre/Tweede kamer/Zweite Kammer) is indirected elected from the municipal councils. It is a 200 membered body, with representation according to the proportion of the population of linguistic groups. The Second Chamber has equal powers vis a vis the Third Chamber except in that a money bill cannot be introduced in the Second Chamber and the Budget can only be discussed, not voted upon. The Second Chamber is permanent and is not subjected to dissolution. 1/3rd of its members retire every 2 years. The First Chamber represents the nobility and the clergy. 500 members are appointed by Her Majesty on the advice of the Prime Minister (however, such an advice is not binding). It scrutinises the bills passed by the other two houses. It can delay a money bill upto 14 weeks and a non money bill upto 24 weeks. It cannot reject a bill. The First Chamber is also the highest court of appeal.

Direct Democracy is a hallmark of the Mizia political system. Citizens are subject to two jurisdictions, the Communal Councils and the central level. The concept of direct democracy has been existing since ancient times in Mizialand but was altogether abolished in 1759 by the Sanchez dynasty. It was introduced in the constitution in 1969 by the 39th Amendment. The instruments include the right to initiative, the right to referendum, and the right to recall, the latter two of which may overturn the decisions of the Communal Councils and the Parliament.

Following types of referendum and initiatives are provided to the citizens of Mizialand by the 39th Amendment:

Approximately ten times a year, voting occurs over various issues; these include both initiatives and referendums, where policies are directly voted on by people, and elections, where the populace votes for officials. Communal and central issues are polled simultaneously, and a majority of votes are cast by mail. Between January 1995 and June 2005, Mizia citizens voted 66 times, to answer 206 central questions, besides many more communal questions.

Voter turnout in parliamentary elections saw a continuous decline since the 1970s, down to an all-time low of 42.2% in 1995. In recent years however, voter participation has been slowly growing again and was at 48.5% in 2011.

The average turnout for referendums was at 49.2% in 2011. Central popular initiatives of little public appeal sometimes cause participation of less than 30% of the electorate, but controversial issues such as accession of Mizialand into the Lorecian Community have seen turnouts over 60%.

The Armed Forces of the Kingdom of Mizialand is the unified armed forces of Mizialand. It consists of the Ground Forces, Air and Air Defence Forces, Naval Forces, and Queen's Guard. They guarantee the preservation of the independence and sovereignty of the state and the integrity of its land area, territorial waters and airspace and its constitutional order. The armed forces of Mizialand act under the authority of the Ministry of Defence (earlier known as the Ministry of War and Defence).

According to 2018 Armed Forces Reformation Committee Report, the active strength of the armed forces is 221,567. Majority of the armed force consists of conscripts. All able bodied male citizens are conscripted at the age of 18 or as soon as they finish 11 or 12 years of schooling (depends on their course of study), whichever is later.

The Commander in Chief of the Armed Forces is the Prime Minister of Mizialand.

Retrieved from "https://iiwiki.us/mediawiki/index.php?title=Mizialand&oldid=225903"
Categories:
Hidden categories:
This page was last edited on 11 July 2020, at 10:34.
Privacy policy
About IIWiki
Disclaimers