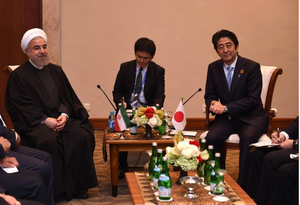 The Rongzhuo-Zahedan Axis is an unofficial term for the political, diplomatic, cultural, economic, military and historical relations between the Union of Zorasani Irfanic Republics (and its predecessor state the Union of Khazestan and Pardaran) and the Auspicious Republic of Xiaodong, which has been used to different degrees in different times in history. Although both Zorasan and Xiaodong have close relationships with many other nations, the level of cooperation between them in economic activity, trade and commerce, military planning and cooperation, commercial and military technology, and intelligence sharing has been described as "unparalleled" among regional powers. The two nations have been close allies since the mid-20th century, with their relationship being seen as underpinning both the Rongzhuo Strategic Protocol Organisation and the International Forum for Developing States.

Close relations between state leaders has also been noted; Ali Sayyad Gharazi and Chen Xuechang, Ekrem Dalan and Han Guanzheng and Farzad Akbari and Yuan Xiannian have been noted to have especially cordial relations. Some leaders have denied the Rongzhuo-Zahedan Axis as special; under State Chairman Sun Yuting for example Xiaodong refused to come to the aid of its ally in the Irvadistan War, whilst tensions increased following 2005 when the new government of Hamid Alizadeh was frustrated by Jiang Zhongyu's actions regarding Zorasan's Chanwan insurgency. Nevertheless most commentators state that since the early 2010's the relationship between Xiaodong and Zorasan has been the closest its been since the 1990's. 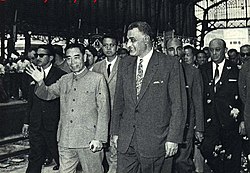 Chen Xuechang with Ali Sayyad Gharazi in 1960. The "Ali-Chen" partnership is seen as one of the most successful periods in the relationship between the two countries. 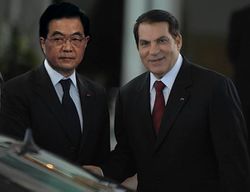 Han Guanzheng and Ekrem Dalan in 2002 during the height of the reformist period.

According to commentators and analysts, the Axis has seen its greatest improvements and strengthening under First Minister Farzad Akbari and State Chairman Yuan Xiannian, with the two being said to have a very good relationship personally speaking. Through their efforts, the two have signed numerous trade and cultural agreements, including permanent student exchanges; an oil-for-coal agreement, arms deals and joint-declarations on seeking a new world order, that would end a top-heavy system and make sovereign nations equal. Both have expressed anti-globalist attitudes individually and together, while they see their partnership as key for offering leadership to the developing world.

During his first visit as State Chairman to Zahedan, Yuan said that:

"In Zorasan we have a friend, ally, mentor and student. In our mutual relationship we have much to share, much to learn and much to teach. We compliment one another in various areas and this is something, I and State President Isfandiar intend to utilise for the mutual benefit of both our nations. We have in our hands, the finest friendship in the world, one that is built solely on win-win, never zero-sum. We shall be shining examples to the developing world."

In the summer of 2019, the Xiaodongese became the most vocal supporters for the Union's position with regards to the 2019 Estmere-Zorasan Crisis, while the Union government made strident efforts to support Xiaodong's economy, through direct-investment, lucrative energy deals, as well as the modernisation of the National Salvation Army, which included the sale of heavy bombers, anti-ship missiles, two Mazdavand-class frigates and the deployment of 300 advisers to help train the NSA in counter-insurgency and counter-terrorism. That summer, First Minister Akbari declared:

"The Rongzhuo-Zahedan Axis is now cemented in the world's international relations, we have our closest and dearest ally on the up, and that pleases us. We want a strong, wealthy and stable Xiaodong, because they deserve to be and Coius needs it. We, in the Union, remain committed to ensuring such a Xiaodong exists, we will do all possible, we will provide all asked for. Friends look out for one another and that is what we shall do."

It is said, that Volkan and Yuan speak on the phone at least once a week, for personal and professional reasons. They regularly discuss domestic happenings and exchange views and ideas on international events.

In 2018, Zorasani foreign minister Hadir Mourad expressed his personal desire to see Xiaodong's lost territories returned, telling Tasnim News, "when Xiaodong returns to its natural state, we can all relax because through that, a secure Coius emerges."

Retrieved from "https://iiwiki.us/mediawiki/index.php?title=Rongzhuo-Zahedan_Axis&oldid=315930"
Categories:
This page was last edited on 23 February 2021, at 07:53.
Privacy policy
About IIWiki
Disclaimers