The contest is notable as being the first contest where the jury winner, Kalosia, was not the overall winner of the Contest.

This edition, three countries bid for hosting rights. A particular competitor is Valletta, Malta Comino Gozo which has bid for host twice in a row previously and lost both. They finally earned the rights of hosting at this edition. This is the second time the country has hosted the contest after they hosted the 78th edition also held in Valletta.

Valletta is the financial heart and cultural heart of MCG. The city serves as a meeting point between old and new. It is home to the seat of government for the entire country, contrary to popular belief, the King does not live in Valletta, he and his family reside in Hafna Palace in the town of Runbett. They do have a palace at Maxket House in Valletta which they split their time between. Valletta proper is split into two distinct areas, Valletta old town which dates back to 1455, with hidden gems on every street. Boasting Palaces to beautiful government buildings, to sun washed gardens to its famous city walls, stunning cathedrals, baroque architecture and winding back alleys, and Valletta Downtown, the new modern purpose built financial heart of the capital, home to the MCG Mall and Casino, Valletta Clock tower, Valletta Yacht Club and its breathtaking sea front district on Victoria Street. Layfayette Park is a newer district incorparted into the Valletta Metropolitan area in 2008 is home to the CBD. Malta Comino Gozo has a population of 495,559 of which nearly 130,000 live in and around the Valletta Metropolitan area making it the biggest urban area in the country. The city is mostly made up of around 95% ethnic Malta Comino Gozoans but is home to a small number of Polkopian and Elejamians. Malta Comino Gozoans are a welcoming and warm people, though speaking quietly isn't an option. While this may come across as shouting it is just the way they speak and no harm is meant by this. Maltese is the official language as well as English. 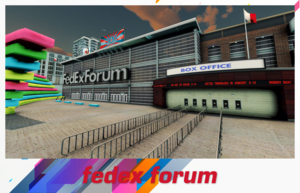 Fedex Forum, The Venue for The 85th Worldvision Song Contest

The venue is the Fed- Ex Forum arena in the heart of Downtown Valletta,just outside Lafayette Park. Built in 2002 it is the largest arena in the country, it is currently used as an indoor entertainment venue for both concerts and sports. For now it is geared towards hosting the biggest international concert, the WorldVision Song Contest. The arena can accommodate around 17,800 people, distributed as 600 standing and 17,200 seated. The arena has various facilities including bars, cafes, restrooms as well as disability access. There is also a substantial green room space located in the hall attached to the main building for the numerous competing acts. The arena is fitted with temperature scanners at the main entrance. Refreshments must be purchased inside the arena. Free water is available to every person upon entering. Alongside the arena, is plenty of car parking and transport links include the #3 Red Valletta Shuttle Route and its situated right across the street from the grand MCG Casino and the stunning MCG mall.