Amalfi (pronounced /ɑːˈmælfiː/; Amalfitan: Amalphia), officially the Maritime Republic of Amalfi (Amalfitan: Respublica Maritima Amalphitana) or Principality of Amalfi (Amalfitan: Principalita Amalphitana), is a sovereign state on the divided Borealian continent of Temoria. Metropolitan Amalfi is separated from its overseas regions by extensive bodies of water. It borders Transuscana and Another Country to the north, the Great Whiteness to the south and the West Sea and the East Sea to the east and west, respectively. Metropolitan Amalfi has a population of 138.3 million, while its overseas territories have a combined total of 53.1 million for an overall total of 191.4 million.

Amalfi is a constitutional republic, governed by a diarchy with two principes who are each elected for a two year term, with one election annually, by the Senate. The country's 450 senators serve five-year terms and, unlike the principes, may immediately stand for re-election. Each princeps wields a veto over any new legislation. Its capital is at Trasimene in the Oriens Borealis, on the northeast coast of metropolitan Amalfi.

The Amalphian Plain, the nation's traditional heartland, was in classical antiquity among the most fertile regions in Borealia, allowing numerous city states to flourish in a relatively compact area. Their proximity led inevitably to regular internecine conflict, though rarely on a large scale, with allegiances which shifted so frequently that there was no concept of a unified Amalfitan people or culture even outside the region. The first successful attempt at a lasting alliance was the Triple Federation, which proved so successful against its rivals that it was countered only by the creation of the Carsine League. After the largest war of Amalfitan antiquity, the two sides agreed to form a confederation wherein each city would have equal representation and through which disputes could be peacefully resolved. The city of Trasimene was chosen to host the confederation's Senate and remains the nation's capital to the present day. The west coast saw more fragmented city states emerging, vying for control over sea routes, and these were gradually absorbed into the growing Republic of Amalfi which developed in the fourteenth century.

The country's economy has historically been based on sea trade, with active and aggressive colonialism pursued to allow Amalfi to control key harbours as ports. From the end of the nineteenth century, successive governments imposed measures to end the exploitation of remaining colonies in a policy known as Conformitas Imperiala. By the mid-twentieth century they had been effectively standardised, although colonial rights and federalisation remain prominent issues in national politics, as scandals such as the Tagosi Crisis reveal. The modern Amalfitan economy centres on its strong manufacturing base, with a major role in regional trade as both an importer and exporter.

Amalfi is generally regarded as a politically free country, and through its membership in organisations such as the Nocturnal Assembly and Sisterhood of Nocturnal States promotes the extension of its various ideals throughout the region. In addition, it is a signatory of the Operational Maritime Network Initiative Declaration and the Intercontinental Trade Partnership.

The earliest form of a unified Amalfitan state can be found in the Triple Federation which emerged in the mid-5th century as an alliance of the cities of Trasimene, Marvisia and Saruvia against several other city-states. Unmatched on land or sea, the alliance conquered its rivals singly or two at a time until, headed by Saruvia's ancient rival, Talox, five cities joined the Carsine League against it. The resulting War of the Ten Cities saw many of Amalfi's most tragic slaughters as various factions took their opportunities to exact vengeance for past grievances. Ultimately, the Triple Federation emerged weakened but victorious, the leadership of each city decimated. The mantra of 'ex unitate, vis', promulgated by a Trasiminian rhetorician, led to the Accords of Lisaris in 834 where the Triple Federation and its subject cities, Lisaris, Ticinus, Talox and Casartium, joined together in one unified state, the Confederation of Amalphia, wherein each city would appoint an equal number of representatives to a common Senate of Amalfi to conduct diplomacy on behalf of, and attempt to preserve peace among, its members. 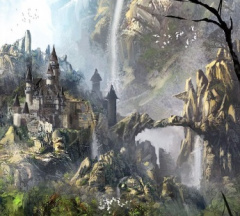 After the establishment of the confederation, Amalphia enjoyed a long period of peace, enjoying what many then regarded as a golden age. The confederation's borders grew slowly, the majority of its new members entering by application rather than conquest. Amalphia, a fertile land, prospered from trade across Borealia. By 921, the entire coast from Cocra in the north to Coracasa in the east was Amalphian territory. A long war with the Kingdom of Elio concluded in 1294 with the confederation's territory expanding almost to the Uska river. 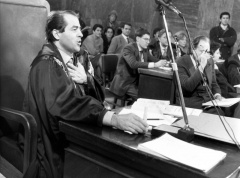 Beginning in 1893 and lasting throughout the twentieth century, Amalfitan domestic and foreign policy was largely guided by a non-partisan principle known as Conformitas Imperiala, which aspired to standardise and equalise Metropolitan Amalfi and its colonies. In 1974, Princeps Galarus Portinus Resinae declared the success of that policy. Nevertheless, the emergence of the Tagosi Crisis in 1995 revealed improper treatment of the colonies and led to a major scandal surrounding government corruption. The crisis entailed the deliberate failure of government ministries to comply with Admiralty recommendations and Supreme Court requirements, and led to the collapse of the ruling party amid protests from foreign governments and domestic opposition.

Metropolitan Amalfi shares borders with Salto de Victoria and Ezkutatuta in the north and covers an area of 1,404,836km2. As a whole, Amalfi has a land area of 2,219,714 km2. 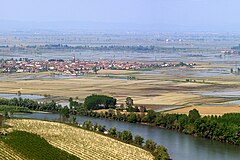 Rice cultivation on the Amalphian Plain

Amalfi can be divided into a number of distinct geographical regions. Their boundaries overlap with administrative boundaries to some extent, but in the traditional 'core' of the Amalfitan state the borders are more historical and political. The northeast of the country, particularly around the convergence of the Centralis, Occidens Borealis and Oriens Borealis, is defined by the Amalphian Plain, a broad, glacially-formed valley through which the rivers Volurna and Ducanus both flow. This region is bounded to the north and south by low hills and to the west by the Ventines, a mountain range with a roughly north-south trend line that separates western and eastern Amalfi. The western coastal plains are substantially narrower than those in the east, being more constricted by the mountains. The south of the country is again largely upland; the region of Fines consists of several adjacent but distinct plateaux. Eastward, into the province of Litoralis (the Littoral), the land slopes gently down with a number of minor river valleys throughout. 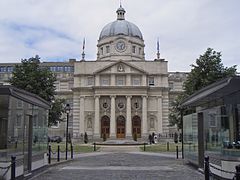 Main façade of the Curia Amalphitana

Amalfi is a federal constitutional republic with a diarchic system of government. The Senate of Amalfi, a unicameral parliament composed of elected representatives, is the main legislative body. The Senate meets in the Curia Amalphitana in Trasimene.

The Senate appoints two principes to be joint heads of state. An election is held every twelve months, alternating between the two principal positions, with the government and opposition factions electing their own principes to maintain a balance of power. They serve a two-year term after which they cannot immediately stand for reelection. The investiture of the principes takes place on 15 July in every year. The current principes are Sudius Latorus Regeferrarius and Tamalus Afantalus Quercinus, appointed in 2015 and 2016, respectively. Although there is no practical difference, the more recently elected princeps is known as the princeps junior and the other as the princeps altior.

The Senate is composed of 450 members, directly elected from Amalfi's districts at least once in every five years under the system of proportional representation by means of the single transferable vote. Unlike the principes, senators may serve multiple consecutive terms. A constitutional limit of four terms was enforced until 1844, when it was removed by popular referendum. The first senator to be elected to a fifth term was Malira Timizia Ledulosis, in 1863.

For administrative purposes, Amalfi is divided into two main classes of local subdivision. A third, the historical provinces of Amalfi, no longer possess any function, having provided the basis for the systems of regions and districts under the Local Government Act 1942. Each region is formed from a grouping of between two and six of Amalfi's traditional provinces and administered by its own regional assembly. Districts are subdivisions of provinces. Seats in the senate are allocated based on population at the regional level, and these seats are then divided along districtual lines under the authority of their respective regions.

Amalfi is comprised of one hundred and thirty four districts in eight regions. There are thirty four traditional provinces.

Amalfi has a civil law legal system with a written constitution that provides for a parliamentary democracy. Its highest court is the Supreme Court of Amalfi, with blahhh 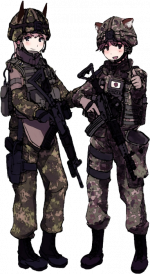 Amalfi's armed forces are divided into three branches, the Army, Navy and Air Force, all under the authority of the Principes as Imperatores of the Armed Forces. The Senatorial Minister of Defence is Tarina Marsa Velaniensis and the Chief of the Defence Staff is Barius Orsus Beianus. 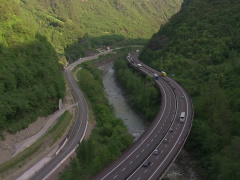 Old and new roadways in a gorge in the Lower Ventines

Amalfi boasts a comprehensive network of roads in a series of classifications based principally on road width and quality. The first level comprises its motorways, the Viacurruum, which extends throughout most of metropolitan Amalfi and all of its colonies but Suvasus. These motorways link major cities, in arteries roughly parallel to the coast or across the interior along traditional routes.

Amalfi is a relatively ethnically homogeneous nation, with a majority native population of White Amalfitans comprising just over two thirds of the nation's population. This majority is widely distributed, being the greater part of the population in all but a few provinces. One sixth of the population is Amalfitan neko (formally Homo sapiens felinus), largely descended from Montesardi neko stock which settled the southwest coast in the 13th and 14th centuries. Small pockets of neko populations existed before this colonisation, primarily in modern Galonia and east Vericis. An additional, smaller wave of Montesardi arrived in Amalfi in the 1930s, fleeing unrest. Today, Amalfi's neko population is mainly concentrated in the southeast, especially the cities of Erigia and Spiria Nova. 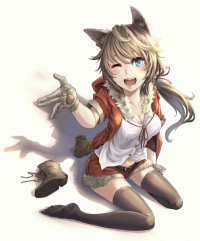 Owing to a long cooperative history, Amalfi has a substantial Alkharanian population, consisting of several million citizens and permanent residents originally from the city-state of Amador. A comparable Amalfitan diaspora exists in Amador. Nearly one million of the nation's citizens are Amalfitan canids (formally Homo sapiens lupinus), native to the eastern provinces and especially Tagosi and Lucara. Other minorities in the country include ethnic Ezkus, Charnean jackals and Salto de Victorians, of whom roughly one third are nekos.

Amalfi is a relatively urban country, with nearly three quarters (73.8%) of its population residing in cities and towns. Ten cities exceed one million people, with a further seven above half a million. At the time of the 2013 census, 39,038,796 of Amalfi's 184,325,302 citizens - just over a fifth - resided in the country's twenty largest cities. All but three of these cities are on the coast, representative of similar population distributions throughout the country's past. The greatest concentrations of people are in the centre-east (in a coastal strip stretching from Cocra to Coracasa), the northwest (between Sindum and Soraminium) and the eastern Littoral (from Corzanium to Urlansia). 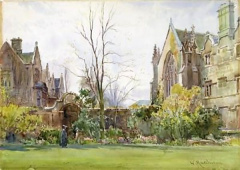 Education has a long and rich tradition in Amalfi, one of the first civilisations to possess a strong literary and academic culture. Five of Borealia's oldest continuously-operating universities are located in the country. Called the ancient universities of Amalfi, all were built in the decades immediately following the creation of the Confederation of Amalphia. Each of the five had its own specialisation. A sixth, the Military Academy at Casartium, was dissolved after the Year of Turmoil. 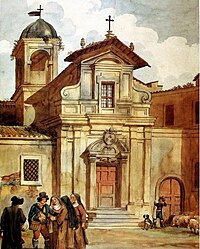 Church of Saint Marius of Duderus, a place of Christian worship since the fourth century
Retrieved from "https://iiwiki.us/mediawiki/index.php?title=Amalfi&oldid=12143"
Categories:
Hidden categories:
This page was last edited on 28 January 2019, at 18:32.
Privacy policy
About IIWiki
Disclaimers