The Grand Alliance, also referred to as the Allied Powers was a worldwide military alliance that countered and fought the Entente throughout the Great War. The main preceding iteration of the Great Alliance was the Tripartite Pact of Estmere, Etruria and Werania in 1923. The phrase "Grand Alliance" was coined by Weranic Emperor Leopold IV in 1926, and was used to describe the alliance throughout the war.

Whilst there was never any binding alliance on paper, the Grand Alliance contained six forefront powers (Estmere, Etruria, Narozalica, Senria, Swetania and Werania), and added many new countries throughout the duration of the conflict, particularly as the fronts expanded to the Asterias. The Grand Alliance ceased to exist in any notable form by the end of the war in 1935, and was mainly superseded by the Security Council of the Community of Nations. 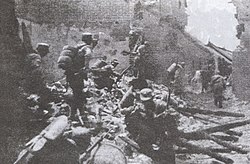 Senrian troops in house-to-house combat during the Third Battle of Ukyou.

[the council of the senrian state is an uncomfortable compromise; public faith falls; second sakata incident is initiated by senria; this escalates into the great war when both sides call in their alliances]

[initially, senria's goal in the GW is just to survive by any means necessary; three-point plan and imahara coining "total war", plus the trauma of the Senrian Genocide, hammer home this notion of "we win or we die"]

[as the war goes on, its goal becomes dominance in coius and the dismemberment of xiaodong (Nakagawa Plan); but euclea doesn't like this, which engenders bitterness between it and the rest of the allies]

[senria comes out of the war immensely war-weary, but modernized and militarily and economically powerful; this weariness, plus tensions w/ the euclean allies, help pave the way for a return of the xiao threat]

[As war draws near, the Crown urges Nuxica, Rizealand, and other local interests for aid, though rapid invasion by Marirana put this on hold. Eldmark was caught in bad footing and lost vast sections of the east, though would establish a defensive line at the Ryggrad. Gaullican naval domination made supply lines difficult, though the open territory of central and eastern Eldmark made for quick gain and loss in territory, and supply lines for both sides were unsafe.]

[Puppet Quisling Regime "The State of Eldmark" tasked with thuggery and sentry defense while the line shifted north to Nuxica, this government responsible for numerous atrocities along with Mariranan troops as they were known for looting and pillaging and all that.]

[Line began to break in late 1931 due to resistance and focused GE offensives in Nuxica, Eldmarsk Navy eventually breaks free of being stuck chasing around submarines and begins bombarding Entente holdings in the Arucian, eventually takes back Vano. Aids in several various landings but mostly is secured around ensuring supplies and troops get to where they are needed.]

[Eldmark pulls an Ardennes Offensive of their own and takes Grönsund, securing a port and opening up the Eldmarsk east. By 1933 Eldmark is by and large liberated, generals immediately push into Marirana. War is over by 1934.]

[Eldmark escapes devastated in the countryside, war weary, and poor in various areas. After the war, massive campaigns by the Riksdag to rebuild are necessary, remaining natives form their own semi-autonomous government. Joint Nuxican-Eldmarsk occupation of Marirana lasts for 6 years until 1940.]

Nuxican reserve rapid assault forces defend their positions during the urban combat phase of the Battle of Carutagua.

[military junta starts to get close to gaullica and other functionalist/far-right governments; GA countries (on whom Nuxica exports a lot of resources and good to) start to reee, especially as war nears; buisiness types and nationalists in military (who are wary of marirana and gaullican domination) decide this is no bueno and purge the functionalists, installing alejandro rouco as not!caudillo; they also increase exports of weapons, resources (mainly oil), and goods to major GA countries]

[Entente attacks GA, but Nuxica stays out of it because still expanding industrial capacity post-Revolution; Entente sees this as a threat, especially given Nuxica's potential industrial capacity, and decide to invade in 1929 on some TBD pretext (probably aiding the enemy)]

[Nuxica caught flat-footed and large parts of army either rout or get encircled; rouco flips out and suspends whats left of the constitution, declares 2nd Emergency Martial Government, begins total war, and starts trying to fix the situation with mixed results]

[Mariranans do bad things to Nuxicans, probably, not sure yet; Nuxica throws bodies and artillery shells at the problem until the Entente starts thinning the front line in order to compensate; offensives into Nuxica stall so Entente gambles on encircling and capturing capital of Carutagua to force capitulation (or at least throw the government into such disarray that subsequent offensives are easier)]

[Entente throws the dice on their gamble, rouco does a Zhukov and an Order No. 227 simultaneously in order to hold the capital, *cue cacophony of screeching, tank engines, dive-bombers, and gun noises*; they make it to the capital but it ultimately doesn't work out; Rizealand joins war and starts helping out; Nuxican factories in the west finally manage to rev up and gets kicked into maximum overdrive; Entente forces in the area essentially used up the last of their operational strength in trying to capture Carutagua, so offensives quickly start rolling back Entente advances]

[Nuxican factories continue churning out war material, eventually enabling the Nuxican and Rizean combined navies to achieve parity with the Entente; Nuxica aids in the bombardment of Sansluminère]

[Nuxican forces continue to roll back Entente forces and eventually pour into Marirana; rouco lets his generals cry 'Havoc!' and let slip the dogs of war; once the home front is secured Nuxica begins shipping troops and soldiers around the Asterias, aiding in the liberation of Eldmark and the invasion of Nuvania (maybe Belmont as well but that seems a bit much idk)]

[a lot of Nuxican population are levelled by the war, but industrial capacity is surprisingly strong and the junta has near complete political and social supremacy now; rouco extends the Emergency Martial Government's mandate for national security and reconstruction reasons (thus ensuring that the junta will survive post-war); Nuxica kind of West Germanys the governments it occupies and/or tries to make sure they can never threaten it again] 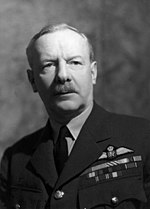 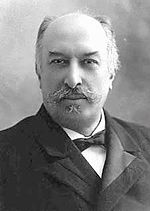 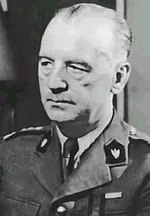 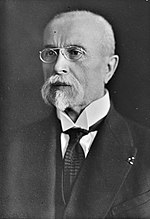 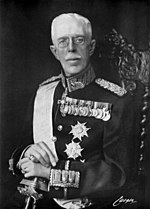 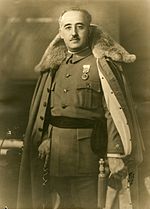