Montecara is home to an array of public and private companies producing original content across a variety of media.

Public media entities in Montecara are state-owned enterprises. This does not mean, however, that they are under the direct control of the Colegio or bureaucracy; like all domestic corporations, they are each governed independently by a board of directors. Their public status, however, means that they are bound to exercise additional social responsibility. For instance, they are required to be politically even-handed and give equal time and space to opposing views when discussing national issues. Otherwise, their editorial independence is complete, and the state exercises no censorship.

Cable internet and television services are provided by Infotel de Montecara, which carries domestic and foreign channels. Broadcasting is regulated by the Secretariat of Education and Culture. 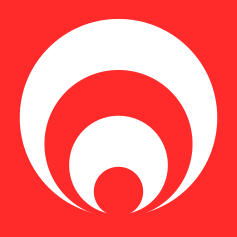 Some of the best-known programming on Montecaran state television includes: 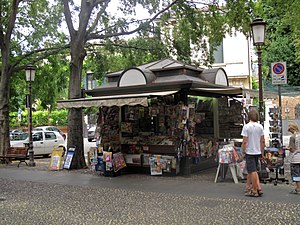 A newsstand in Montecara offering a variety of periodicals

Montecara has a very strong tradition of publishing and reading. It was one of the few places in the Euclea world that did not censor literature following the introduction of the printing press, leading to a thriving and lucrative local publishing industry.

One form of periodical unique to Montecara is the gazéta, originally a satirical magazine with scandalous illustrations which was first published in the eighteenth century. Some ran for decades, while others were published a single time, and they ranged in size from a single folded sheet of paper to full-length magazines with dozens of pages. This tradition is still alive in the form of informal self-produced publications.

Il Finansiér has by far the largest circulation thanks to its international edition, which enjoys a readership far beyond the borders of Montecara.

Retrieved from "https://iiwiki.us/mediawiki/index.php?title=Media_of_Montecara&oldid=133538"
Categories:
This page was last edited on 25 November 2019, at 03:45.
Privacy policy
About IIWiki
Disclaimers