Poste de Montecara (PdM) is the state-owned postal service of Montecara. It provides daily home delivery to all addresses in Montecara except on Saturdays and holidays. Because Montecara uses postal ballots exclusively, it is also de facto responsible for conducting elections. Residents in Montecara are required to inform the Poste within seven days of changing their address. The company uses the slogan Il mùnd, presto (The world, quickly) in its advertising campaigns.

The postal history of Montecara dates back over 2,500 years to the centralized mail system pioneered by the Solarian Republic. Originally intended as a military mail system that allowed officials in the capital to communicate with regional commanders quickly, the system evolved into a fully-fledged postal system that merchants and travelers could take advantage of. Navy ships regularly ferried mail to mainland Euclea where it would be carried by dedicated riders, who could cover dozens of miles per day on good roads, to its final destination. In optimal conditions, this system could carry a message from Montecara to Solaria in as little as three days.

After the fall of the Solarian Empire, long-distance communication became difficult at best and impossible at worst. The pirate-infested waters off the Euclean coast made the sort of small, lightly defended ships that make good mail runners easy targets, and literacy rates were so low in any case that written messages were often not an option. Business on the island was simply worked out in person, and merchants brave enough to venture on the open sea were usually the only means of communicating with the outside world.

Long-distance communication remained an ad-hoc affair for centuries, with only minor attempts at providing reliable or consistent messenger service. From the middle ages to the early 17th century, written messages were usually carried by couriers, often boys, who would simply run letters around the island for merchants and others who needed a quick means of communication. The system was disorganized and informal, and sending messages further afield was often expensive and unreliable. Letters bound for recipients outside the island were often carried by merchants who happened to be sailing in the right general direction, with several handoffs often necessary to reach distant locations. Consequently, messages could take many months to arrive. 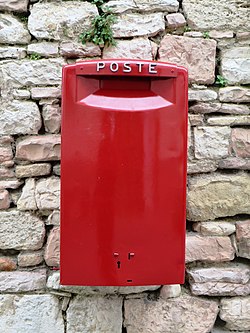 Though disorganized, medieval postal services did make some innovations. Fumigated mail was invented in Montecara around 1380 during an outbreak of plague; an official decree required all incoming letters to be pierced with needles and then exposed to smoke from a sulfurous fire (sulfur dioxide was the disinfecting agent) before being sealed with yellow wax to indicate their safety. Cargo was often held in quarantine (from Montecaran cuaranta, "forty") for forty days to stop the spread of disease.

The first attempt at a formal postal service since ancient times came in 1679 as Montecara's economy was making early strides toward modernization. The Borse Mercànte de Montecara had been founded in the previous decade, and the trend toward more organized and far-reaching commercial enterprises required a more economical and reliable system of communication. An enterprising group of merchants thus founded the Nunçii ultramarìn (Overseas messengers), a service of dedicated fast ships that would carry mail to ports along the Solarian and Assonaire Seas. Though it proved unprofitable and was defunct by 1690, it was a milestone in the redevelopment of permanent, public communications links between Montecara and the larger world.

Merchants and private citizens in general had come to rely on the service that the Nunçii ultramarìn provided, and the State was persuaded to pick up where its investors had left off. The first state-provided postal service since the fall of the Solarian Empire began in Montecara in 1692 with a small fleet of retired naval ships tasked with delivering mail to foreign shores.

While the public once again had the ability to send a letter abroad without having to track down a sender themselves, the process was nevertheless convoluted and expensive by modern standards. Messages would be brought to a docked mail ship where a cashier would estimate the cost of delivery and charge the sender accordingly. Because the system still relied on handing off mail to foreign traders or state officials, there was no way to guarantee delivery or accurately estimate costs once the delivery was out of Montecaran hands. Postage could vary wildly depending on a range of variables from the cashier's estimation, the season, the weather, and demand on specific routes. 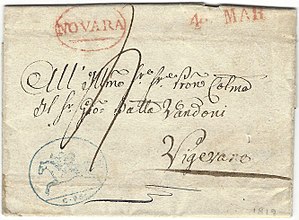 A major breakthrough came in 1709 with the introduction of lettersheets, postal stationery that came pre-stamped at a fixed rate and that could simply be dropped off for delivery. Senders no longer had to haggle with mail crews about prices, and the Treasury, not opportunistic cashiers, collected profits. This innovation made sending mail abroad drastically more accessible to common people, who for the first time were able to communicate regularly with relatives or business partners living far away.

Despite the lack of attention given to Montecaran postal needs by the Gaullican authorities, one area that saw innovation was the adoption of the electric telegraph in 1850. Optical telegraph systems had been in use locally for centuries to relay messages out to ships at sea and between mainland Euclea and Coius, but the move to electric transmission meant that messages could travel at the speed of light between Montecara and cities hundreds of kilometers away. One of the world's first major submarine telegraph cables was laid across the Aurean Straits with an exchange at the main post office in 1853. It allowed for instant communication across two continents and was regularly used to communicate between metropolitan Gaullica and its Coian colonies.

An unusual innovation debuted in 1888 when the local postmaster introduced the world's first pneumatic mail delivery system. Letters and telegrams were enclosed in capsules which were sent by pressurized air in underground tubes under the streets of Montecara. Originally designed to send mail between the central post office and branch offices, the system's lightning speed made it popular with businesses that relied on rapid communication, and expansions to large offices and stores followed in the succeeding decades. By the end of the system's last expansion in 1931, the network was 50 km in length and allowed a telegram to travel across the urban center of Montecara at 10 meters per second. Though sections of tube and several terminals and transfer stations have since been abandoned, the pneumatic post is still in use to this day.

The fall of Fascist Gaullica in 1935 and the restoration of Montecaran independence meant that Montecarans were finally responsible once again for their own communications with the outside world. The restored Montecaran government turned its postal bureau into Poste de Montecara, the company that provides postal services to the present day.

PdM operates 36 post offices, 167 automated kiosks, and over 400 stamp vending machines throughout Montecara. It also maintains 2,103 postboxes. There are two major sorting stations: one at Montecara–Enrico Dulio International Airport and one at the main post office on Aviènd Zubizarreta.

International mail is sent to and from Montecara by contracting cargo services with shipping, rail, airline, and freight truck companies. State-owned companies Aeracara and Trenalia have the two biggest mail-carriage contracts. PdM does not operate its own aircraft, ships, or trains, though it does maintain a fleet of delivery trucks and vans for local use. Mail is generally delivered door-to-door by mail carriers using hand carts or, occasionally, bicycles.

PdM has a legal monopoly on the delivery of letters and postcards in Montecara. There is private competition in the parcel sector, with several multinational firms operating in the city-state alongside PdM. PdM's domestic market share in the parcel sector is approximately 65% as of 2016.

PdM is one of the largest employers in Montecara, with more than 1,500 employees. All employees are members of the Union of Postal and Telecommunications Workers.

Poste ordinària (Standard post) is the most basic class of mail. Domestic mailings typically arrive within one business day, mailings to Euclea and nearby Coius within three to four days, and intercontinental mailings within two weeks. All mailable items, including both letters and parcels, are eligible for Standard post.

Poste exprès (Express post) guarantees delivery by 12:00 the next day for domestic mail and delivery within three to four business days for international mail (depending on the destination).

Exprès notùrna (Overnight express) guarantees delivery by 6:00 the following day for domestic mail if posted by 17:00 and delivery to the destination country by next-flight airmail or high-speed train, whichever is faster, for international mail.

For urgent local delivery, the fastest service is Postevèlo, a bicycle courier service that guarantees delivery within 120 minutes to any domestic address.

PdM customers can choose to add on several services to their mailings. These include:

PdM maintains a list of items which it will not post or carry. These include any item illegal in Montecara, including firearms, banned knives, illicit drugs, and certain obscene publications; dangerous goods; and human or animal remains.

In addition to postal services, PdM offers a number of financial and governmental services. These include (varies by location): 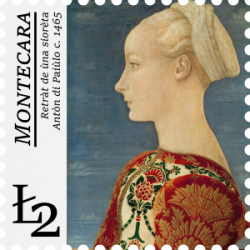 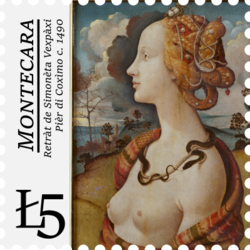 Poste de Montecara has a long tradition of producing sought-after stamps. Montecara's small size means that collectors prize Montecaran stamps for their relative obscurity, and PdM has issued many series with foreign philatelists in mind. PdM also prides itself on issuing stamps that highlight Montecaran works of art and which have intrinsic aesthetic value.

Certain types of domestic mail are carried by Poste de Montecara free of charge, including electoral mail and letters to elected officials or government bodies. A reduced rate is available when mail is presorted and franked, and in the case of parcels is part of a bulk commercial shipment.

There are three rate zones for international mail:

All prices are given in libra and are current as of 1 January 2018.

Numbers are assigned within each commune, usually in sequence from the southwest to the northeast, but there are many exceptions. This means that numbers may be repeated on the same street if it runs through several communes, but also means that no two streets in the same commune will share numbers.

The current system of postal codes was introduced in 1982 to allow for every address in Montecara to have a unique code. The format is AANNNN, where A is a capital Latin letter A through Z excepting I and O, and N is a numeral from 0 to 9. This pattern allows for a maximum of 5,760,000 individual postal codes. Large buildings with multiple tenants and companies with several suites can apply for additional postal codes to cover every room or even every individual working in a building.

The letter portion of the postal code refers to a geographic area of Montecara, and the numerical portion is assigned to a given street address. For multiple-unit addresses, the first two digits will be the same for all delivery points at the address, with the last two assigned to each unique delivery point.

Retrieved from "https://iiwiki.us/mediawiki/index.php?title=Poste_de_Montecara&oldid=202167"
Categories:
Hidden categories:
This page was last edited on 8 May 2020, at 17:19.
Privacy policy
About IIWiki
Disclaimers