s'Holle is the capital and most populous city of Hennehouwe. The city proper has a population of 1,413,551 and a metro population of 2,741,380 as of the 2018 census. One of the ten constituent regions of Hennehouwe and one of only two to be perscribed as a city region, s'Holle is wholly surrounded by the region of Flamia, of which the city was historically part of. The city is situated upon the southern end of the River Hol, from which its name is derived.

The city's origins trace back to the 8th century, when the Verliquoian Empire established a fortified settlement on the banks of the River Hol. Its size and relevance within the region grew over time, soon becoming the centrepoint of Gaullican rule in Hennehouwe. s'Holle remained a loyal vassal to Gaullica in its infant centuries, including throughout the War of the Jeans and the dissolvement of the Verliquoian Empire, though its distinct identity as a Hennish city formed with the bestowment of the Duke of Hol by the Gaullican Empire in 1367. The city became the de facto capital of the Duchy of Flamia upon the Partition of Hennehouwe, at which points its prominence as a wider financial and cultural centre increased. Upon the Flamish victory in the Gilded Wars, s'Holle became the effective capital of the whole country, though it remained under vast Gaullican influence until the declaration of the Second Republic in 1855. The city was occupied by Functionalist Gaullica from 1927 until its liberation by Estmerish and Weranian forces in 1933, and was the site of the Treaty of s'Holle in 1934. The subsequent establishment of the Third Republic in 1935 affirmed s'Holle's role as the capital of a federal Hennehouwe, and formally separated the city from Flamia as its own entity with established borders.

As a city region, s'Holle's regional government and legislature has expanded powers that would otherwise be separately granted to regions and municipalities. s'Holle comprises of twelve districts, with limited autonomy over local affairs. The city region's executive is overseen by the Mayor–Governor, whilst the districts' executives are overseen by district mayors.

s'Holle is Hennehouwe's political, economic and judicial centre. The city is home to the Senaatsgebouw, the world's oldest functioning stock exchange in the s'Holle Stock Exchange, and the Palace of Justice. At a global level, s'Holle is ranked as a second-rate city by the World City Studies Institute and is located on the Coastal Corridor. The city is also the location for a number of international institutions, chief among them the International Court of Arbitration and Justice (CIAJ). 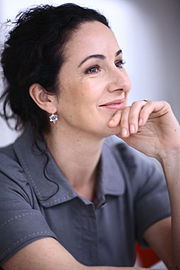 s'Holle is one of two regions in Hennehouwe with designated 'city region' status – the other being Zilverzee. Under this constitutional designation, s'Holle has additional jurisdiction over affairs when compared with most other regions, due to its effective role as both a regional and municipal government. As a consequence, the city region's second-level administrative divisions, districts, have less autonomy than municipalities in other regions. s'Holle's own autonomy is granted by the 1935 Constitution, whilst its districts are governed by the regional-level s'Holle Districts Act.

The 95-seat directly-elected City Assembly (Stadsvergadering) functions as the city and regional legislature. Its members are directly elected every four years via proportional representation. 60 members are elected through open lists in the city's twelve districts, whilst the remaining 35 seats are allocated to parties via closed lists on the basis of the overall city-wide vote in order to ensure overall proportionality. As there is no electoral threshold for regional elections in the city, the regional legislature is frequently fragmented, with many minor parties gaining representation that would otherwise by unachievable at a wider level.

s'Holle's governing body is known as the City Executive (Stadshoofdbestuur) and consists of thirteen members from the controlling majority in the City Assembly. The City Executive is led by the Mayor–Governor (Burgermeester–Gouverneur), who is elected by a working majority of members in the City Assembly and whose title reflects their dual role as the head of a city regional administration.

Since the 2021 regional election, the City Executive is formed by a coalition of the Socialist Labour Party (SAP), the Progressive Democratic Party (VDP) and the Green Party (Groen). The current Mayor–Governor of s'Holle is Marijne Tijhoff of the SAP, who has served in that role since 27 July 2016.

s'Holle, like its sister city region Zilverzee, has historically been viewed as a heartland for the centre-left and for socialist-orientated politics at-large. This is largely owed to its role as the epicentre of industrialisation and in the development of worker's rights. The Socialist Labour Party, which was founded in the city in 1918 and is closely linked to the Hennish General Trade Union Association (HAVA), the country's largest trade union, has consistently been the most popular party since its founding. The party has won a plurality of the vote in every federal and regional election in s'Holle since the city region's formation in 1934, and has frequently enjoyed a single-party majority in the City Assembly.

Other left-wing parties, notably The Left and its predecessors, have also fared much better in s'Holle than in other regions of Hennehouwe. The Green Party have become a strong force in local politics in recent decades, and became the third-largest party in the regional legislature after the 2021 regional election. The liberal Progressive Democratic Party have maintained a steady electorate within the city, courting s'Holle's middle class and younger voters.

Right-of-center parties have consistently lagged behind their left-of-center counterparts, in a trend seen in most other major eastern Euclean cities. The center-right National People's Party significantly underperform in s'Holle when compared with the national average and are currently only the fourth-largest party in the City Assembly. Right-wing and far-right parties, such as the Patriot's March, have had some success in the capital in recent years, especially in white, working class areas.

Recent years have seen a consistent trend of reduced support for the SAP. The party lost its majority in the regional election of 1994, and have continued on a downward trend in support. In tandem with the drop for the SAP has been increased support for 'new' parties such as the Greens and the Patriot's March. The nonexistent threshold to enter s'Holle's legislature has resulted in representation for smaller parties and localist groups, the former of which have often first gained seats in s'Holle before achieving greater national prominence.

The population of s'Holle has varied over time, remaining comparatively lower than the major centres of other Euclean countries prior to the 16th century. The Partition of Hennehouwe, and the emergence of the city as the centre of the Flamish Duchy, led to a rapid increase in both s'Holle's size and population. The industrian revolution brought about s'Holle's first period of sustained population decline, as workers migrated to the rapidly-growing neighbouring towns. s'Holle's population began to climb again in the early 20th century, before a sharp downturn amidst the outbreak of the Great War. Following the War's conclusion, the return of the city's native population, combined with the arrival of immigrants from Etruria and Coius, contributed to an uptick in population. The city's population exceeded one million people for the first time in 1984.

Following a 1996 federal court ruling, the Hennish census does not include detailed questions related to ethnicity and primary national/regional identity. As of the 2018 census, 246,387 people (17.4%) were foreign citizens, whilst a total of 619,228 people (43.8%) had a foreign or multi-national background (i.e. had at least one parent of non-native origin). This makes s'Holle one of the most ethnically diverse cities in Hennehouwe – only Zilverzee has a higher proportion of citizens from a multi-national background.

s'Holle has a long history of immigration, gaining a tradition as a sanctuary city at the crossroads of the religious divide in eastern Euclea. The city became a point of refuge for Atudites at various points during the second millenium, notably during the 14th and 17th centuries. Following Partition and the ascendency of the radical Amendist Sotirian Commonwealth in the north, s'Holle was the destination for thousands of Catholics fleeing from persecution.

Immigration rates increased exponentially following the 1940's, attributed to the federal guest worker (gastarbeider) program, as well as Hennehouwe's acession into the newly-founded Euclean Community. Under the gastarbeider system, tens of thousands of Etrurians, Paretians, Irvadis and Dezevaunis, among other groups, migrated to the city and its hinterlands. s'Holle welcomed additional Irvadi immigrants following the outbreak, and subsequent end, of the Irvadistan War in the late 1970's.

The largest minority group in s'Holle are those of Etrurian origin. Etrurians made up by far the single largest cohort of gastarbeiders during the program's existence. Including second- and third-generation immigrants, and those with at least one parent of Etrurian origin, Etrurians today make up approximately a quarter of a million of s'Holle's population – more than one-sixth of the city-wide population. The cultural impact of Etrurians on the city is significant, with parts of the city with high concentrations of Etrurians being dubbed colloquially as Poca Povelia.

s'Holle is home to diverse mix of religious affiliations. Solarian Catholicism was historically the dominant religion in the city, owing to its location in the Catholic-majority south and the influence of Gaullican rule over the city. Today, Solarian Catholics form a plurality of s'Holle's population with 40.6% as of the 2018 census. It is the most common affiliation among both native Hennish and those from a multi-national background. The percentage of Catholics in s'Holle is significantly higher than the national figure of 29%, but lower than the Flamish figure of 57%. A significant portion of s'Holle's Catholic population are of Etrurian origin, among whom it is the majority religion. St. Charles Cathedral is the episcopal seat for the Archbishop of Eastern Flamia and the Primate of Hennehouwe.

Amendists are the second-largest directly-affiliated group, comprising 8.8% of the city's population. s'Holle has the second-lowest percentage of Amendists of all regions in Hennehouwe, after Molenburg. The majority of Amendists are affiliated with the Unified Hennish Church, with others belonging to the Reformed Confessional Church and other smaller churches.

The third-largest religion is Irfan, at 7.6% of the population. The majority of Irfan in s'Holle are those of Coian descent, particularly Irvadis and Mabifians. s'Holle is home to the Centraal Mazaar, the largest mazar in the country.

The Atudite population in s'Holle stood at 2.5% as of the 2018 census, and is the largest Atudite community in Hennehouwe. s'Holle was a place of refuge for thousands of Atudites fleeing persecution during the 14th and 17th centuries, with large numbers settling in the city. The share of Atudites to the total population has been in steady decline since the beginning of the 20th century, but stabilised in the early 21st century thanks to increased immigration of Atudites from Tsabara.

Badi accounts for 1.8% of the population, whilst 1.0% identify as Zohist. A further 1.6% identify as Sotirianity other than Solarian Catholic or Amendist – many of whom are Episemialist and Amicablites. 1.2% belong to another or undefined religious group.

Those who declare themselves irreligious or atheist make up the second-largest affiliation overall in the city at 34.9%. This proportion has grown significantly over the last century, as younger generations of city dwellers increasingly dissociate from organised religious practice. The rate of irreligion in s'Holle exceeds the national percentage of 21%, and is significantly higher than in other southern regions.