The Western Euronia Defense Alliance, commonly referred to as WEDA or the Olympic Defense Alliance, is an intergovernmental military alliance between 33 western and central Euronian and eastern Adulan countries. The organization implements the Alabaster Treaty that was signed on March 29th, 2001 in the city of Alabaster. WEDA constitutes a system of collective defense whereby its independent member states agree to mutual defense in response to an attack by any external party. WEDA's Headquarters are located in Tofino, Zian, Zamastan, with other headquartered offices located in Vongane (Quetana), Viitaniemi (Caspiaa), and Gatovita (Vitosium).

WEDA was founded as a response to the insecure security situations of former-UCSS nations, a unified stance against Yuan, antagonistic communist regimes like Elastan, West Chanchajilla, and Ossinia, and insurgencies in Vulkaria. Their largest collective military operation was taken in the aftermath of the 2022 Beresa port bombing as WEDA forces invaded Terehan. Their combined military spending as of 2022 constituted over 60 percent of the global nominal total, and the combined militaries of all WEDA members include around 4.4 million soldiers and personnel.

Since its founding, the admission of new member states has increased the alliance from the original 5 countries to 33. Originally, the founding members were Zamastan, Rio Palito, Caspiaa, Ruskayn, and Quetana, all of which as Western Euronian states with the exception of Quetana, which is where the official name of the alliance is derived. However, the addition of Skith and Kuresa in 2005 was deemed strategically sound and the secondary title, Olympic Defense Alliance, was adopted to include the Adulan nations on the other side of the Olympic Ocean. The most recent member states to be added to WEDA were Vitosium on April 18th, 2008, Albarine and Emmiria on September 29th, 2011, and Sulifa and Andaluni on March 20th, 2021. 2022 saw a near trippling in the organization's size, spurred by rising military tensions globally. Lutharia, Shoassau, East Chanchajilla, Mulfulira, Janapa, and Saint Croix and Bens became members on January 31st, 2022, while Qolaysia joined on April 26th, 2022. Prompted by the invasion of Blaoria, Paraboca, San Martina, Alcarres, Cyruda, and Saint Astaba and Beck joined on September 9th, 2022; Siniapore and Kalea became the first Ausianan nations to join on September 15th; Vorrica, Laurichesse, Lower Aseu, and Saint Lorrain joined on September 16th; Sontre, Noravia, and Allieu joined on September 18th. WEDA operates multinational training exercises with its member states, including the Sentinel Exercise which is held annually in a rotating member state.

The post-World War era was defined by the power struggling influences between capitalist-leaning nations and socialist ones, mainly in the diplomatic feuding between Zamastan and the UCSS. In 1999, economic and political turmoil began to boil over in the UCSS as states chose to vote in referendums to secede from the communist government. In Beleroskov on 17 March, a referendum was held, in which the vast majority of participating citizens voted in favor of changing the country into a renewed federation. In August 2000, a coup d'état attempt by members of the government, directed against the Premier and aimed at preserving the Union of States, instead led to the end of the Communist Party of Beleroskov. As a result of the quickly unfolding chaos in Beleroskov and other former UCSS nations, the Alabaster Treaty was signed and ratified by Zamastan, Rio Palito, Caspiaa, Ruskayn, and Quetana on March 29th, 2001 in Alabaster, Cayenne, Zamastan, officially establishing the Western Euronia Defense Alliance as a military alliance to guarantee their respective securities in the unraveling certainty of post-UCSS regions. WEDA was also created from fears of rising global tensions with the squashing of pro-government movements in Yuan, domestic crisis in Drambenburg, and ongoing insurgencies in Vulkaria.

The first military operation that WEDA conducted as an alliance took place in Vulkaria against rebel fighters in 2001, with Zamastanian, Quetanan, and Rio Palitoan troops assisting federal Vulkarian forces. Ironically, Beleroskov played host to the Neboroskiev Accords that ended the Second War in Vulkaria, to which WEDA representatives established a significant number of stipulations against the Elastani government.

In 2004, WEDA began talks with Kuresa and Skith for membership. Kuresa joined in June 2005, and Skith joined in July. WEDA maintained its official name but also took up the additional referment of the Olympic Defense Alliance. Beginning in 2006, the organization extended its activities into political and humanitarian situations that had not formerly been WEDA concerns, including sending trainers to Jaginistan, assisting in counter-piracy operations near Qolaysia, Ossinia, and Janapa, and enforcing a no-fly zone over Kossmil during the stalemate years of the Kossmilian Wars.

Vitosium became the 8th country to join the alliance on April 18th, 2008.

Emmiria and Albarine joined the alliance in a joint referendum on September 29th, 2011.

On March 19th, 2021, WEDA established resolutions marking the Kingdom of Zalluabed as a totalitarian government in the wake of that nation's military action in Hisrea province, which was likened to a genocide. On March 20th, shortly after the resolutions, the nations of Sulifa and Andaluni were accepted into WEDA.

In September 2021, the regime of Kyriakos Tasoulas in Syraranto tested a nuclear weapon and threatened conflict with the Sotoan Basin Union. In response, WEDA and the SBU signed a mutual defense agreement stating that if one organization was attacked, the other would defend it. On January 27th, 2022, the Tasoulas regime enacted a missile attack against Constantio and North Icadania, resulting in the navies of Zamastan, Emmiria, and Quetana sending ships to provide defensive capabilities for the SBU as they began to retaliate. On January 31st, 2022, Lutharia, Shoassau, East Chanchajilla, Mulfulira, Janapa, and Saint Croix and Bens became members. In February 2022, WEDA bombers conducted airstrikes against Syraranto in support of the SBU. After the fall of Tasoulas in March, WEDA forces started to withdraw from West Nortua and shifted to a humanitarian mission, and also provided support to the investigation of the Tirikan Genocide. Following the sinking of the Huangshan, WEDA reaffirmed the mutual-defense clause and backed the status of Gangkou. Qolaysia joined WEDA on April 26th, 2022, after withdrawing from the TTPA, largely in response to the Yuan tensions.

Following the Drambenburgian invasion of Blaoria in September 2022, a further extension of WEDA members was processed, with Paraboca, Alcarres, San Martina, Cyruda, and Saint Astaba and Beck joining on the 9th. 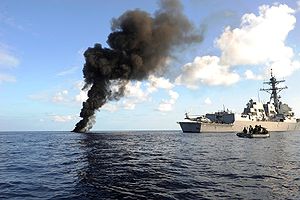 ZMS Moss of the Zamastanian Naval Forces destroys a pirate skiff off the coast of Qolaysia in 2018.

Early operations within WEDA were largely involved in the counter-insurgency missions in Vulkaria during the 1999-2005 civil war, though they were largely limited to CCA peacekeeping operations.

Beginning on 4 April 2009, WEDA deployed warships in an operation to protect maritime traffic in the Emmiria Sea and the Cantalle Ocean from Qolaysian and Togarian pirates, and help strengthen the navies and coast guards of regional states. The operation was approved by the Secretary-General and involved warships primarily from Zamastan and Emmiria though vessels from many other nations were also included. Operation Armored Ocean focused on protecting the ships of the Coalition of Crown Albatross which were distributing aid as part of the World Food Programme mission in Southern Adula. Yuan sent warships to participate in the activities as well. The operation sought to dissuade and interrupt pirate attacks, protect vessels, and to increase the general level of security in the region.

After a series of state-sponsored maritime hijackings and piracy attacks from Martin Saint-Yves' regime in Ossinia in 2020, including several skirmishes with Janapan forces, WEDA resolved to support revolutionaries on the island and capture Saint-Yves. In May, Zamastan led an invasion of the island backed by WEDA forces, who overthrew Saint-Yves and captured him only days into the fighting with minimal losses for either side. Nolan Riveau was installed as the head of the new government.

During the Syraranto civil war in September 2021, the regime of Kyriakos Tasoulas tested an unsanctioned atmospheric nuclear weapon and threatened conflict with the Sotoan Basin Union. In response, WEDA and the SBU signed a mutual defense agreement stating that if one organization was attacked, the other would defend it. On January 27th, 2022, the Tasoulas regime enacted a missile attack against Constantio and North Icadania, resulting in the navies of Zamastan, Emmiria, and Quetana sending ships to provide defensive capabilities for the SBU as they began to retaliate. A coalition that included several WEDA members began enforcing a no-fly zone over Syraranto shortly afterwards, beginning with Operation Carmattan by the Quetanan Air Force on 29 January.

On 3 February, WEDA agreed to take control of the no-fly zone from the initial coalition, while command of targeting ground units remained with the SBU's forces. In February 2022, WEDA bombers conducted airstrikes against Syraranto in support of the SBU. After the fall of Tasoulas in March, WEDA forces started to withdraw from West Nortua and shifted to a humanitarian mission, supporting the SBU efforts.

After a long series of tense encounters with Terehan, including jailings and state executions of WEDA nationals, an illegal nuclear weapons program, and missile tests which often strayed into WEDA territory, the October 1st, 2022 terror attack against a WEDA naval port in Beresa, SCB, pushed the organization into its largest joint military operation against an adversary. The campaign against Terehan began with a nearly two week long aerial bombardment, followed by an amphibious invasion and subsequent occupation.

WEDA has participated in many humanitarian missions providing relief for regions affected by natural disaster. In the aftermath of both the 2021 Temebok earthquake and tsunami, WEDA sent military forces into the region to lead the CCA logistical aid provision efforts and utilized naval ships and air force capability to distribute international aid. During the 2021 Tasiastan floods, WEDA provided several hundred soldiers to assist in airlifts and aid distribution.

The process of joining WEDA is outlined in Article 7, which stipulates for the invitation of other states by an agreement of their respective legislative bodies, and by subsequent agreements by the sitting WEDA member nations. Countries wishing to join must meet certain requirements and complete a multi-step process involving political dialogue and military integration. 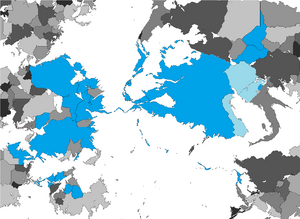 Partnerships with other countries

The Alliance of Nortuan States has shared a partnership with WEDA since 2007 through traded military technologies and intelligence cooperation, which is evenly distributed with agreements with all member states. The governments of ANS nations have participated in military exercises with WEDA, including Besmenia, Elbresia, and Saint Offeat.

CAMDA shares intelligence cooperation with WEDA, with Courbagne, New Elkland serving a forward operating base for the Zamastanian Naval Forces. Alcarres, which joined WEDA in September 2022, is also a member of CAMDA.

The Sotoan Basin Union and WEDA share close ties, with WEDA stating in September of 2021 that they would defend the SBU if Syraranto attacked at the height of the civil war. 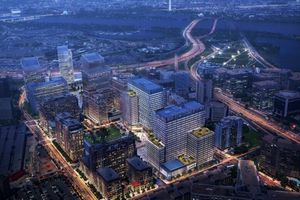 All agencies and organizations of WEDA are integrated into either the civilian administrative or military executive roles. For the most part they perform roles and functions that directly or indirectly support the security role of the alliance as a whole.