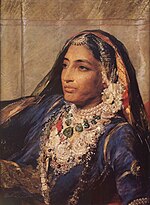 Hema Kalyani was the Maharani of Karangi from April 21, 1806 until her death on April 4th, 1844. A member of the Ratta clan, she married Sir Horace Marlowe and nominally converted to Sotirianity, creating a scandal in both Karangi and Estmere. Despite this, after the death of her nephew Avinashrao Ratta she was placed on the throne of Karangi and ruled for 38 years (21 April 1806 – 4th April 1844). During her reign she became known as an avid reformer, keen to introduce Euclean advances in technology and science to Karangi, as well as improving the lives of ordinary people and the rights of women. Though fascinated by Estmerish culture in her youth, she became more conservative later in her reign and sought to protect Pumil culture and encourage the usage of the Pumil language in her court by Estmerish residents and courtiers. She became posthumously known as 'Ko Jayanta' (meaning King Victory), with Jayanta being the masculine form of Jayanthi alluding to her ruling in her own right) as a result of her reforms and strong-will. By the time of her death in 1844 she was one of the richest people in the world, leaving an estimated $4 billion (adjusted for inflation) personal fortune to her children. Despite difficult relations with Estmere in her later reign, she was described by Richard Hope as "the most noble and magnificent ruler in Satria [...] ruling a kingdom that is run alike heaven upon earth." (See more...)
Suggest a Featured Article • See previous Featured Articles 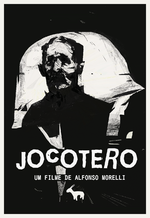