The members of congress serve two-year terms representing the people of a single constituency, known as a "district". Administrative districts are apportioned to districts by population using the Zamastanian Census results. Zamastan is broken up into seventeen Provinces, each of which contains a specified number of Congressional Districts based off their populations. The Provinces are represented by the Senate, of which each province is aloted four senators regardless of population (with the exception of Gangkou and the Holish Islands, both of which only have one senator). The Congress Chamber represents the Congressional Districts, meaning 359 seats. The Senate represents the provinces, containing 62 seats. Each of the seventeen provinces has a governor. All congressmen, senators, and governors are represented in the Congressional Hall.

To be eligible for election, a candidate must be aged at least 18, have been a citizen of Zamastan for five years, and be an inhabitant of the district which they represent.

The Congress was created by the Constitution of Zamastan and first met in 1848, replacing the legislative function the Zian Presidential Mansion. Although not legally mandated, in practice since the 19th century, Congress members are typically affiliated with one of five political parties: Blue Conservative Party, Conservative Capitalist Party, Green Liberal Party, Libertarian House of Zamah St'an, Progressive Party, and are only rarely independents. New political parties are often created after schisms with others in congress, such as the New Democratic Party founding in 2018 from the Green Liberals. 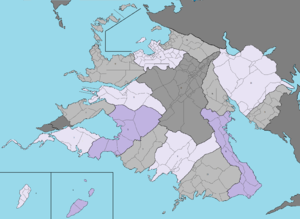 A map of the 359 Congressional seats in Zamastan

Article One of the Constitution of Zamastan states, "All powers deemed legislative herein granted shall be vested in a Congress of the Imperial Republic of Zamastan, which shall consist of a Senate and Chamber for Representatives of Locality." The Chamber and Senate are equal partners in the legislative process—legislation cannot be enacted without the consent of both chambers. However, the Constitution grants each chamber some unique powers. The Senate ratifies treaties and approves presidential appointments while the Chamber initiates revenue-raising bills. The Chamber initiates impeachment cases, while the Senate decides impeachment cases. A two-thirds vote of the Senate is required before an impeached person can be forcibly removed from office.

The term Congress can also refer to a particular meeting of the legislature. A Congress covers two years; the current one, the 108th Congress, began on September 22, 2018, and will end on September 22, 2020. The Congress starts and ends on the 22nd of September of every even-numbered year. Members of the Senate are referred to as senators; members of the Congressional Chamber are referred to as representatives, congresswomen, or congressmen.

Congress is constantly changing and is constantly in flux. In recent times, the Zamastanian east and southwest have gained Chamber seats according to demographic changes recorded by the census and includes more minorities and women although both groups are still underrepresented. While power balances among the different parts of government continue to change, the internal structure of Congress is important to understand along with its interactions with so-called intermediary institutions such as political parties, civic associations, interest groups, and the mass media.

Congressional Hall operated as a legislative body under the President of Zamastan, Tomias Hapson, for the first 40 years of Zamastan's history. After Hapson's assassination, the legislature fell apart and most laws were directly passed to the new president. In August 1845, President Avi Taures authorized the creation of a system of checks and balances between the Presidency and Congress. The ratified Constitution of Zamastan in 1846 officially created the Congressional Hall as a unicameral body with equal representation among the Administrative Districts. However, this meant Congress had executive and not legislative authority, as well as the federal judiciary being confined to admiralty. It also lacked authority to collect taxes, regulate commerce, or enforce laws.

Government powerlessness led to the Maple Canal Convention of 1847 which proposed a revised constitution with a two–chamber or bicameral congress. Smaller districts argued for equal representation for each district. The two-chamber structure had functioned well in district governments. A compromise plan, the Franco Compromise, was adopted with representatives chosen by population (benefiting larger districts) and exactly one senator chosen by every five specified district governments (benefiting smaller districts). The ratified constitution created a federal structure with two overlapping power centers so that each citizen as an individual was subjected to both the power of district government and the national government. To protect against abuse of power, each branch of government— the executive and legislative, along with District federal judiciaries— had a separate sphere of authority and could check other branches according to the principle of the separation of powers. Furthermore, there were checks and balances within the legislature since there were two separate chambers. The new government became active in 1848.

These years were marked by growth in the power of political parties. The watershed event was the end of the Parabocan War which unified the nation under federal authority, but weakened the power of district's rights. The Castovia Age (1868–1906) was marked by Conservative party dominance of Congress under President William Castovia. During this time, lobbying activity became more intense and influential lobbies advocated for railroad subsidies and tariffs on wool. Immigration and high birth rates swelled the ranks of citizens and the nation grew at a rapid pace. The Progressive Era of Zamastan was characterized by strong party leadership in both houses of Congress as well as calls for reform; sometimes reformers would attack lobbyists as corrupting politics. The position of Speaker of the Chamber became extremely powerful under leaders such as Brew Ravitt in 1890. The Senate was effectively controlled by a half dozen men.

A system of seniority—in which long-time members of Congress gained more and more power—encouraged politicians of both parties to serve for long terms. Committee chairmen remained influential in both houses until the reforms of the 1990s.

Important structural changes included the direct popular election of senators, with positive effects (senators more sensitive to public opinion) and negative effects (undermining the authority of district governments). Congressional Court decisions based on the Constitution's economics clauses expanded congressional power to regulate the economy. One effect of popular election of senators was to reduce the difference between the Chamber and Senate in terms of their link to the electorate.

The 1929 Depression of the Zamastanian Economy ushered in President Marvin Gaviria and strong control by Conservative Capitalist Party and historic Gavirian policies. Gaviria's election in 1946 marked a shift in government power towards the executive branch. Numerous New Deal initiatives came from the Zian Presidential Mansion rather than being initiated by Congress. The Capitalists controlled both houses of Congress for many years. During this time, Progressives and Green Liberals formed the Liberal Coalition of Zamastan (1950-68). Capitalists maintained control of Congress from 1950 until 1962, when Blue Conservatives won the majority and put Amella Gavin into the Speaker position, making her the first woman to hold that office. More complex issues required greater specialization and expertise, such as space flight and atomic energy policy. Marvin Gaviria used much of the fear of communism during the 1960s and 70s to his political advantage and bolstered Capitalist policies until his assassination in 1972. Elene Abotsford's election signaled the beginning of Congress struggling with efficiency in the post-Gaviria era. Partly by reducing the number of standing congressional committees, massive partisanship divides were common for the remainder of the century. Liberals and Progressives became a powerful force in many influential committees although political power alternated between Conservatives and Liberals during these years.

Retrieved from "https://iiwiki.us/mediawiki/index.php?title=Congressional_Hall_(Zamastan)&oldid=219738"
Categories:
Hidden category:
This page was last edited on 18 June 2020, at 02:27.
Privacy policy
About IIWiki
Disclaimers