In Zamastan, an Administrative District (also known as a Province) is a constituent political entity, of which there are currently 14. There were previously 17, however the January 1st 2021 secession of Mayotte, Auraine, and Alutiana decreased the number (they are still considered Zamastanian dependencies). There are twelve provinces on the mainland Euronian territory: Zian, Jade, Northern Isle, Pahl, Redeemer’s Land, Titania, Alenchon, Tregueux, Landeda, Verdesia, Lyonnais, and Cayenne. There are two overseas provinces, often referred to as the Overseas Dependencies; Gangkou and the Holish Islands. Bound together in a political union, each province holds governmental jurisdiction over a separate and defined geographic territory and shares its sovereignty with the federal government. Due to this shared sovereignty, Zamastanians are citizens both of the federal republic and of the province in which they reside. Provincial citizenship and residency are flexible, and no government approval is required to move between provinces, except for persons restricted by certain types of court orders (e.g., paroled convicts and children of divorced spouses who are sharing custody). 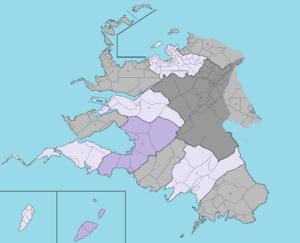 As of 2021, 305 voting congressional districts make up each province, all of which are up for election in even-numbered years.

Provinces are divided into counties or county-equivalents, also known as sub-districts, which may be assigned some local governmental authority but are not sovereign. County or county-equivalent structure varies widely by province, and provinces may also create other local governments. Provincial governments are allocated power by the people (of each respective district) through their individual constitutions. All are grounded in republican principles, and each provides for a government, consisting of three branches, each with separate and independent powers: executive, legislative, and judicial.

Provinces possess a number of powers and rights under the Constitution of Zamastan. Provinces and their residents are represented in Congressional Hall, a bicameral legislature consisting of the Senate and the Congressional Chamber. Each district is also entitled to select a number of electors (equal to the total number of representatives and senators from that state) to vote in electing the President of Zamastan. Additionally, each province has the opportunity to ratify constitutional amendments, and, with the consent of Congress, two or more provinces may enter into interstate compacts with one another. The police power of each province is also recognized.

Historically, the tasks of local law enforcement, public education, public health, regulating intrastate commerce, and local transportation and infrastructure have generally been considered primarily provincial responsibilities, although all of these now have significant federal funding and regulation as well. Over time, the Constitution has been amended, and the interpretation and application of its provisions have changed. The general tendency has been toward centralization and incorporation, with the federal government playing a much larger role than it once did. There is a continuing debate over province's rights, which concerns the extent and nature of the province's powers and sovereignty in relation to the federal government and the rights of individuals.

The Constitution grants to Congress the authority to admit new provinces into the nation. Since the establishment of Zamastan in 1804, the number of provinces has expanded from the original 2 to 17, and then to 14. Each new province has been admitted on an equal footing with the existing province.

Theoretically, provinces have a great deal of power relative to the federal government, with jurisdiction over many public goods such as health care, education, welfare, and intra-provincial transportation. They receive "transfer payments" from the federal government to pay for these, as well as exacting their own taxes. In practice, however, the federal government can use these transfer payments to influence these provincial areas. For instance, in order to receive healthcare funding under ZamCare, provinces must agree to meet certain federal mandates, such as universal access to required medical treatment.

In provinces, the single house of the legislature is known as the Provincial Legislative Assembly, or the Provincial Legislature. The legislative assemblies use a procedure similar to that of the Congressional Hall. The head of government of each province, called the Governor, is elected by popular vote in every province except for the Holish Islands, where they are generally the head of the party with the most seats.

Article III of the Constitution of Zamastan grants to Congress the authority to admit new provinces into the republic. Since the establishment of Zamastan in 1804, the number of provinces has expanded from the original 2 to 17. Each new province has been admitted on an equal footing with the existing provinces.

In 2020, when the Supreme Court ruled 7-2 in Bettencourt v. Government of Zamastan, the court cited "provincial rights and priviledge" as the reason for upholding independence referendums.