The Blue Conservative Party, also referred to as the BCP, is a federal political party in Zamastan, amongst the others being its historic rival, the Green Liberal Party (Zamastan). The party is named after the color of the flags used by the revolutionary abolitionists during the Zamastan War of Independence. Founded by anti-slavery activists, economic modernizers, ex-colonialists and Tomias Hapson supporters in 1823, the BCP largely dominated politics nationally and in the majority of mountainous and rural districts. Currently, the party ideology is new-age conservatism, which contrasts with the Green's liberal platform and progressive wing. The BCP political platform supports lower taxes, free market capitalism, free enterprise, a strong national defense, gun rights, deregulation and restrictions on labor unions, though many members of the party who have gone on to become the President of Zamastan, such as Cassious Castovia and Foley Sakzi, have adopted a varying degree of bipartisan ideology.

During the Conservative Party's governance of Zamastan from 2004 to 2020, its economic decisions included reducing sales tax, reducing business taxes, balancing the national budget, creating the tax-free savings account (TFSA), and creating the Universal Child Care Benefit. In social policy, the government eliminated the long-gun registry, introduced mandatory minimum sentences for violent crimes, raised the age of consent to 16 years of age, and permitted the construction of several pipelines. Conservative politicians have long dominated the sphere of Zamastanian politics, with such figures as Elliott North, William Castovia, Jean Levasseur, Elias Blanco, and Cassious Castovia being among some of the most popular and consequencial Presidents in the nation's history. With the non-consecutive terms of Cassious Castovia (1982-86, 2004-15), and the subsequent administrations of his son Zacharias Castovia, Anya Bishop, and Foley Sakzi, this era of conservative dominated politics was dubbed the "Castovia Era". It was ended with the election of Bloc Mayotte party member Atticus Moreau. 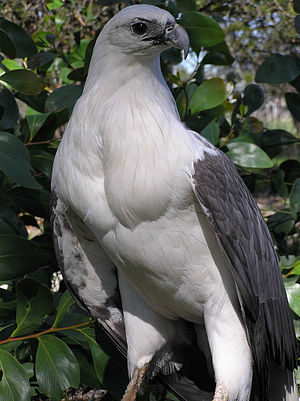 A Tarin sea eagle, the symbol-sake of the BCP

The defining symbol of the Blue Conservative Party is the Tarin sea eagle, the national bird of Zamastan.