Melisende was born in Ostracine as the first child of Desiderius, Prince of Petra and Princess Eirene of Latium. She was educated primarily from the home, until her enrollment at Empress Alexandra College, Castellum, where she studied international relations and history. She briefly served in the Sydalene Defense Forces from 2011 through 2012 for her mandatory service requirements. In 2012, she married Godfrey Galan, and the marriage ended in an annulment by 2013. In 2015, she married Prince Michael of Dakmoor.

Melisende became Queen regnant of Sydalon, Co-Princess of Ascalzar, and Grand Master of the Order of the Holy Lance following the death of her father in 2013. She became the youngest Sydalene monarch since of Belandra III in 1834. Melisende's reign was impacted following the arrest of Adeodatus du Caeseti, and the arrest of members of the Order of the Holy Lance for sexual impropriety, eventually leading to the Sydalene Spring. Throughout the revolt, Melisende held court in Ascalzar, until the successful capture of Sydalon and the leaders of the revolution in May 2018. She called for a continuation of her father's progressive policies towards democratization, though has yet to introduce any formal changes.

Melisende was born on 5 August 1993, at Palis de Aultavilla, in Ostracine as the eldest child and daughter of then Desiderius, Prince of Petra and Princess Eirene of Latium. She has four younger brothers, Sebastian, William, Roletus, Bohemond; and a younger sister Desideria. Melisende was baptized into the Fabrian Catholic Church on 17 September 1993, in Sarepta, by Pope Ignatius I, with her godparents being, Prince Francis of Sydalon (her paternal uncle); King Jordan IX of Sydalon (her paternal grandfather); Caroline of Ghant, Queen consort of Onneria (her mother's close friend); and Latin Empress Diana Augusta (her maternal grandmother). As the eldest child of the heir apparent, Melisende was second in line to the Sydalene throne at her birth and was afforded the title "Princess of Petra".

Melisende was primarily educated by private tutors and governesses that were hired by her parents. Her lessons primarily focused on art, history, language, scripture, and the Constitution. Throughout her childhood and education, Melisende was also regularly tutored by members of the clergy, most notably the Pope in her teenage years.

Melisende became the first member of the Sydalene Royal Family to enroll at a non-military inistitute for university when she was enrolled at Empress Alexandra College, Castellum in 2012. Her enrollment was initially controversial among noble circles in Sydalon when it was reported she would be living in student housing. After the report, the Royal Family rejected the claim and stated that Melisende would be living in off-campus housing with Princess Maria of Latium at Velia House.

However, Melisende never attended classes at Empress Alexandra College due to the death of her father the summer before her schooling would begin.

Upon turning 18, Melisende began to undertake various royal duties on behalf of her grandfather, and her father who was heir apparent. One such duty was to serve as the representative of King Jordan at the 2011 Ludi Circenses. Melisende became Honorary President of the Sydalene Football Association in November 2011, and while an honorary position in nature, Melisende was integral in securing Sydalon as the host of the 2014 UAFA World Cup. Princess Melisende during her mandatory service with the Sydalene Defense Forces, 2012.

However it wasn't until Melisende turned 19 that she began to more actively assume duties, the first of which was an official visit to Ascalzar with her father the King. She also accompanied her father during his 2012 Belisarian trip to Latium, Garima, Lihnidos, and Mont. Her first solo international visit came in late 2010 when she traveled to Langael, a predominantly Catholic region of Ghant. It is believed this is when Melisende first met Godfrey Galan. Melisende met with Lord Donal of Langael, and reportedly had elected to remain in Langael for two extra days before returning to Sydalon. Their engagement was announced in November 2010, marrying in summer 2012.

In early 2013, Chancellor-General Recared Athanagild of the Order of the Holy Lance passed away creating the need for King Jordan IX's regent to appoint a replacement. Days after Athanagild's funeral, Melisende publicly announced that she desired to be appointed to the position. Melisende's declaration sparked a debate in the Parliament as to whether she could serve as Chancellor-General without any prior military service or career. During the appointment process, her father announced that he was diagnosed with terminal cancer and Melisende withdrew from contention for the office. Adeodatus du Caeseti was eventually appointed to the position.

In spring 2013, King Desiderius I passed away from pancreatic cancer and Melisende ascended to the throne. 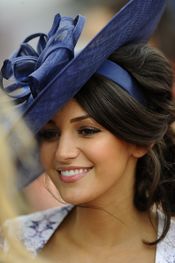 Melisende visiting the village of Sarepta after her ascension, October 2017.

Melisende was anointed on 1 July 2013 in a ceremony hosted at Cathedral of the Holy Sepulchre in the city of Sydalon. The event was attended by prominent members of the Parliament, as well as representatives from many nations and monarchies from around the world.

Melisende's first act as monarch was to replace The Lord of Ibelina. Ibelina was removed from office by the Royal prerogative on 10 June, and was replaced with Adeodata Haddad de Saabi. Melisende ordered government to lift the ban on restricting senators on the Chamber of Peers from joining political parties. She also explored legislation to require healthcare providers to offer free contraception. On November 4, Melisende provided Royal assent to a Parliamentary bill ordering all healthcare providers in Sydalene markets to offer plans that provide free or significantly reduced contraception as part of carrier plans.

Between late-October and early-November 2017, Chancellor-General Adeodatus du Caeseti of the Holy Lance faced numerous allegation of sexual misconduct and impropriety. These allegations continued to arise throughout the week while du Caeseti was overseas during a foreign visit to Catholic Belisarian nations. On November 1, du Caeseti was recalled to Ostracine by Melisende though he had refused to leave the Sydalene embassy in Castellum. The next day, du Caeseti attempted to flee the Sydalene embassy and make his way to a private jet to reach Fabria, but was apprehended by Latin Frumentarii for questioning in relation to allegations from a Latin citizens of rape.

Days later, du Caeseti was returned to Sydalon by Latin officials and was indicted on 11 criminal counts, including 7 for sexual misconduct by a Royal grand jury assembled by Melisende.[1] The same day, Melisende exercised her royal prerogative to initiate the process to expedite du Caeseti's removal while his criminal case was pending.

The pending criminal charges were not without controversy, as Melisende's decision to expedite du Caeseti's removal was met with numerous protesters claiming the allegations were "fake news and attacks against the faith". The protests resulted in 17 arrests for violation of lese majeste laws. du Caeseti's supporters within the Order continued to denounce Melisdene's "unlawful removal" of du Caeseti, and called it an affront to God "unfit from the protector of Christendom's Holy Land." Melisdende censured the nearly 20 members of the Order's administrative upper echelon. As of November 15, the Sydalene Royal Army's 3rd Legion in Petra was mobilized, as was an army garrisoned near Ostracine.

On November 18, the Royal household announced that it had narrowed down the list of possible replacements down to three.

The conflict now referred to as the Sydalene Troubles began on 31 December 2017 as a series of protests against the government and Melisende's decision to push for the death penalty for deposed Order of the Holy Lance members, including Adeodatus du Caeseti. Popular support for Melisende's actions in the Caeseti scandal were initially supportive of her swift action, many saw her subsequent actions of involving herself into criminal prosecution as too far; this resulted in protests at Sant Filipe courthouse in Ostracine, with later protests at the royal residence, Palis de Aultavilla. The protests remained peaceful until January 3, when Royal Guards outside of Palis de Aultavilla opened fire on protesters after broke palace windows and injured guards by throwing bricks or stones. The incident left 5 dead.[2]

The incident at the Palis de Aultavilla gates enraged protesters, who began to gather in greater numbers all throughout the palace district, bottling up streets and bringing the government to a grinding halt due to fear of attack. Later that night, protesters gathered at Sant Filipe forced police and local guards to retreat into the building. Protesters stormed the facility's gates, and were fired at by police, though eventually captured the facility and released the few prisoners held there.[3] Those within Palis de Aultavilla claim Melisende was "distraught" and "unsettled" at the news, both by the actions of the police and the protesters.

Through an alliance led by royalist forces, Latium, and the Order of Saint Joseph, the revolution ended on 10 May 2018 with the capture of Sydalon and the arrest of Adi Philosir and other key members of the Committee for Popular Unity and Safety. She returned to the city the following day, announcing plans for more representative constitutional amendments.

As the revolutionary threat subsided, Melisende made overtures to government during the Mifsud era has been described as tumultuous at best as numerous scandals eventually toppled the attempt at parliamentary democracy in Sydalon. On 27 August 2018, Melisende approved an easing of sanctions on Mutul, which were later revealed to be proposed by then Minister of Finance and Economy Annibale Milki. The news of the proposed eased sanctions prompted outcry from various nations, such as Belfras, Fakolana, and Yisrael, but were praised by Sante Reze. After pressures from allied nations, and the Parliament, Melisende issued a royal decree halting the proposed ease, and sacked Minister Milki.

On October 23, government emails from the Council of Ministers were leaked by Ghant-based Honeydrippers. The Honeydippers scandal implicated People's Party Leader and Minister of the Interior Pelae Arvad, Minister of Foreign Affairs Desiderius de Villepena, and Minister of Agriculture Michael Galea. The leaked emails cover topics ranging from lobbying firms offering to meet with members of the Council of Ministers to The Queen to The Prince of Petra. In the emails, government ministers were revealed to accept bribes, and violate lese majeste laws for accusing Melisende of having an affair during her marriage to Godfrey Galan. The scandal prompted the resignation of the government ministers involved, and a dissolution of the National Assembly with new elections by Queen Melisende.

A second election took place on November 24, though unlike the summer 2018 election, Melisende has not appointed any ministers that serve in the National Assembly for the majority party.

On 13 June 2012, Melisende married Godfrey Galan, the youngest son of Ghantish nobleman Donal, Lord of Langael, at a ceremony in the city of Sydalon at the Cathedral of the Holy Sepulchre and was performed by the Pope. Melisende was first betrothed to Godfrey in December 2010. The ceremony was attended by numerous high profile guests including monarchs or representatives from Latium, Ghant, Lyncanestria, and many others. Melisende and Godfrey were bestowed Castela du Normane. In 2016, Castra Rubea in Sydalon became Melisende's primary residence. She gave birth to their only child, Hugh, Prince of Petra, in 2013.

Melisende's marriage to Godfrey ended on 30 October 2013, after the Pope granted an annulment after Godfrey was been outed as a homosexual.

Marriage to Michael of Dakmoor

After her annulment, Melisende courted a number of suitors from 2013 to 2015, including XXXX, Prince Edgar of Gaemar, and Gabriel, Hereditary Prince of Montgisard. However, the Royal Household announced Melisende's engagement to Prince Michael of Dakmoor in January 2015.

She and Michael were married on 3 June 2015, at Cathedral of the Holy Sepulchre in the city of Sydalon. The service was performed by the Pope, with invitees from throughout the world. She gave birth to their first child, Melisende in October 2016. A third child, Elisabetta, was born in 2018. In September 2019, she gave birth to twins: Michael and Desiderius.

Retrieved from "https://iiwiki.us/mediawiki/index.php?title=Melisende_III_of_Sydalon&oldid=196271"
Categories:
Hidden categories:
This page was last edited on 25 April 2020, at 02:59.
Privacy policy
About IIWiki
Disclaimers