Asteria Superior is a continent located entirely in the Northern and Eastern Hemispheres of Kylaris. The vast continent is bounded by the bustling Vehemens Ocean to the west, the frigid Florian Ocean to the north, the extensive Lumine Ocean to the east, and the smaller Arucian Sea to the south, which separates the continent from its closest neighbour, Asteria Inferior.

The continent is second only to Coius in land area, covering 20,062,748 square kilometres. Though a highly populated continent, home to a population of over 324 million, it has a relatively low population density for its size. Climate on the continent is markedly variant, with continental biomes ranging from frozen tundra in the north to tropical rainforests in the south.

Though continually inhabited following transcontinental migrations approximately 40,000 to 17,000 years ago, the continent was only encountered by Eucleans and Coians in the late 1400s, leading to it and its neighbour, Asteria Inferior, being dubbed 'the New World'. The ensuing transvehemenic migration and colonisation has markedly impacted Asteria Superior, the modern population of which reflects interactions between Euclean colonists, indigenous peoples, Bahian slaves and their descendants.

In the modern period, the continent is divided into nine sovereign states (more if the nearby Arucian is considered), four of which are members of the AFDC. The Republic of Cassier is the largest country on the continent, spanning 9,405,868 square kilometres, though Nuxica is the most populous, with a population of 77,895,231, 24% of the continents total.

Alongside Asteria Inferior, the continental name Asteria is derived from the name of Hashim ibn Ashtar, a Badawiyan explorer in the service of the Crown of Caldia, who is lauded with having first chartered the Asterias, opening the continents up to Euclean colonisation. His Solarianised name of Assim Asteris therefore gave rise to the name Asteria. The northern continent, being the larger and more widely populated of the two, was christened with the Solarian suffix Superior, indicating its greater size. 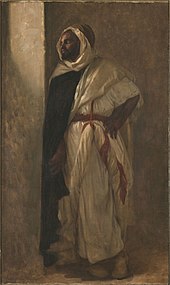 Assim Asteris was the first Euclean to discover the Asterias.

Asteria Superior was first discovered by Assim Asteris in 1488. Over the course of two decades, Asteris chartered much of north-western Asteria Superior, including the Barrier Islands and much of the Hallandic coast. He claimed much of this land for the Crown of Caldia, who had funded his expedition to the continent initially. Torán on the coast of Fáel is regarded as the first Euclean colony on the continent, founded in the late 15th century by Caldian explorer Rian MacCathal. Caldia began consolidating various western Asterian islands, including St. Ellen, into its colonial holdings, and with the success of the expeditions now being felt in the Caldish economy via trade with Asterian natives as well as religious and cultural prestige, many other Euclean nations sought to establish their own colonies on the continent.

Gaullica was the first Euclean state to begin colonisation after Caldia, launching a major expedition that landed in the island of Sanslumiere, establishing the city of Decouverte in 1507. The Exalted Republic of Poveglia, based in modern-day Etruria, was the next state to launch its own expedition. Under the explorer Angelo Bastin, Poveglia gained a foothold in what would become the Arucian trade by exploring the southern coast of the mainland continent in 1523. After a year of tense relations, Poveglia began to conquer the native Tzapotlan Empire in 1524. Caldish explorers discovered and settled the island of Imagua in 1533 while Iustian explorers founded Porto Leste in 1545. Eric the Great of Geatland commissioned Hans Hammer Adelström to begin settling the Horn of Asteria for the Crown of Geatland, eventually becoming the Viceroyalty of Eldmark in 1542. Auratia began colonisation of Nuxica in 1553 under admiral Miguel Andradas y Santmartí. Despite proximity, the Arucian was discovered and charted to a more extensive measure than north-western Asteria Superior, where Gaullica became the first nation outside of Caldia to set up colonies in the area with the settlement of Nouvelle-Gaullica in 1561. Estmere began to settle the Hallandic coast north of Fáel beginning in 1578. In the east, Grigori Kosh settled Fort Ruda in Chistovodia under the Crown of Narozalica, later establishing the Colony of Chistovodia. 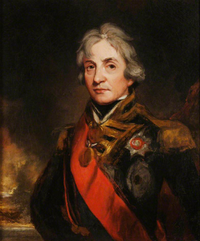 Edward Marlin was the principal figure behind Hallandic independence, and served as its first president from 1766 to 1773.

Colonial conquests began in 1563 as Geatland seized Imagua and the Assimas Islands from Caldia, administering them from Hammarvik as an extension of the Viceroyalty of Eldmark. The Transvehemens slave trade began as colonial powers began purchasing slaves from the traditional rulers of Bahia in the late-16th century. The Arucian and the western coast of the mainland were the main hotspots for the import of slaves, mainly due to their ideal climates for crowing cash crops such as coffee, cotton and sugar. In the east, slavery in the Narozalic New World colonies focused mainly on a predatory contract system with the native population as well as serfs imported from Narozalica. The Yellow Tree War began in 1619, vastly expanding Narozalica's hold over Chistovodia. The 17th century was characterised mainly by Euclean expansions inland at the expense of the native groups in the continent. Harald's Rebellion in Eldmark eventually improved taxation conditions for settlers in the colonies in the 1650s.. The Asterian War of Secession began in 1764, where the United Colonies, consisting of New Estmere, Fáel and Nou Remana, declared their independence from the Empire of Gaullica, who had been granted ownership over the colonies during the Gilded Wars. Lasting seven years and involving many pluricontinental Euclean powers, the United Colonies were granted their independence in the Treaty of Vicalvi in 1771. Halland and Nuxica formed shortly after the war's conclusion. Vivien Gérin-Lajoie was unsuccessful in securing Cassien independence as the lead figure of the Patriotes during the war. Eldmark also secured its independence in 1771 in a separate revolt against the Geatish crown. The Etrurian and Paretian revolutions led to Ardesia's independence in 1813 under a republic.

Through direct consequence of the First Narozalic Civil War, Chistovodia and Vinalia declared their independence in 1861, eventually uniting into Chistovodia. Cassier had achieved self-determination and major autonomy within the Gaullican Empire by 1900, but did not formally declare its independence until the conclusion of the Great War in 1936. Cassier was the last mainland colony to declare independence from a Euclean nation and the declaration's ratification signalled an end to Euclean colonial hold over the Asterias. The Arucian decolonised over the next twenty years, mostly due to the Solarian War.

The status of the island nations in the West Arucian Sea and East Arucian Sea is controversial, as due to their location along the boundary between Asteria Superior and Asteria Inferior, it is unclear whether those islands belong in the former or the latter.

Geographically, most of the Arucian lies on the TBD tectonic plate, along with the southern regions of Asteria Superior, while the southern Arucian islands lie on the TBD and TBD tectonic plates, which comprise Asteria Inferior: thus, many geographers suggest that the Arucian are part of Asteria Superior. Some geographers, such as TBD, have suggested partitioning the islands based on geographical fault lines.