Ts'inkin, officially The Commonwealth of Ts'inkin, is a country located in the eastern continent of Anteria. Ts'inkin is made up of 4 different provinces (Tsʼi/kin,Len'kin, De/ngkin, & Gĩ:kin.) and 1 capital province (N’õngkin). Its is known for its vast prairies and farmland. Ts'inkins main exports are Cotton and Corn but is also the #1 exporter of Turqoise Jewelry in Anteria and has signifigant Thorium deposits. 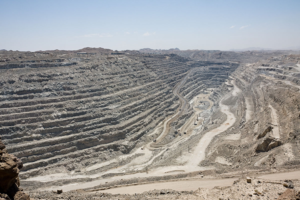 Difference of the Wild Bison and the Domesticated Wool Bison

Ts'inkin culture is primarily based on their holy number 4, in which the 4 cardinal directions and the 4 sacred colors are linked. This is not to be confused with the Tsinkin traditional medicine wheel.

Morning ● on average would consist of a blue cornmeal soup along or inside the soup is vegetables such as celery or onion. Berry's are also very common at the breakfast table, Juniper berries, Wolfberry (or more commonly known as gogi berry), or Sumac berries to name a few. Goat milk pancakes and goat cheese are also enjoyed at the morning table.

Afternoon ● on average it includes a blue cornmeal mush made of water, blue cornmeal, and juniper tree ash. Alongside the mush are wheat breads and meat, commonly either bison or rabbit. Other forms of meat that are eaten are the rest of the bison, no meat is wasted and markets regularly sell bisons head and organs or blood sausage. Aside from meat pine nuts, pinto beans, and squash seed are all sources of protein for Ts'inkinian people. Fruits such as Berries and even boiled, dried-apricots are eaten as well.

Special Occasions ● On special occasions (birthdays, holidays, graduation, ect.) Tsinkinians will eat lots of Fry Bread, a famous bread tied to the Tsinkinian people. The bread is made like a normal flat bread but then fried in animal lard. It is soft, airy, and chewy, with a bit of sweetness. It can be topped with meat and vegetables, or it can be drizzled with honey and powdered sugar to become a dessert. They will also eat Ts'inkin Coffee, a dish made out of normal coffee, golden toasted flower, and sugar. It has a very thick consistency much akin to the blue cornmeal mush.

Extras ● Edible clay and Juniper tree ash is often added to enhance calcium and nutritional levels in food. Juniper Ash is more commonly used and can be bought at most Ts'inkinian markets while edible clay has to be harvested.

Retrieved from "https://iiwiki.us/mediawiki/index.php?title=Tsinkin&oldid=302627"
Category:
Hidden category:
This page was last edited on 23 January 2021, at 17:38.
Privacy policy
About IIWiki
Disclaimers