The Confederacy of Tomioka, usually referred to as just "Tomioka" is a stanchly Libertarian-Capitalist State, located in southern Thrismari. Currently, Tomioka is bordered by the Kingdom of Blechingia to the East, Copalis to the West, Bro Wyned to the South West, and The Republic of Marbestian to the North. The Confederacy of Tomioka covers 236771 sq miles (381045 sq kilometers) with a population of 56 million Tomiokans. The country's capital is Küstenbucht, located at the tip of the Küsten Bay. 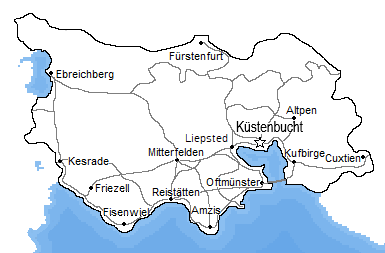 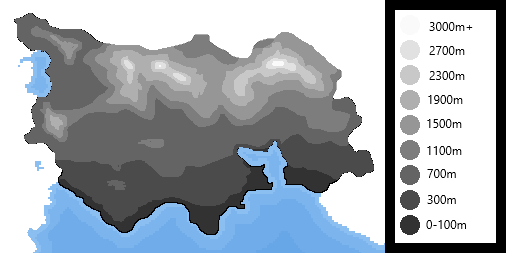 Tomioka's geography is mostly flat/hilly in the south, and then becoming extremely mountainous above -50° latitude.

The climate in Tomioka is mostly Taiga and Temperate, with Taiga outlining the coastal and southern areas and becoming Temperate as it reaches the mountains.

Tomioka's National Animal is the Merlin Falcon, symbolizing Tomioka's small yet fierce nature, as well as Tomiokan intelligence and efficiency.

The Large majority of Tomiokans are ethnically Germanic, about 85%. A small percent of Kiowan natives also inhabit the area (~2%). The remaining ~13% are enthically diverse.

The national laguanges of Tomioka are German, Dutch, Kiowan, and English

The Tomiokan Energy Industry is dominated by nuclear power. Despite this, there are still a sizeable amount of power plants using fossil fuels, however, these power plants are deminishing by the year. Geothermal Energy is becoming more and more popular, and has seen an explosion of popularity near the north west where the crust is thinner and Geothermal activity is high.

Ice-Breaker Ships
World-renown Ice-Breaker ships, built to carve through the ice sheets to enable trade across all seasons. They come in 4 classes: 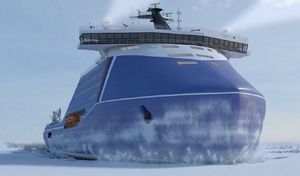 Retrieved from "https://iiwiki.us/mediawiki/index.php?title=Confederacy_of_Tomioka&oldid=351404"
Category:
Hidden categories:
This page was last edited on 22 May 2021, at 16:35.
Privacy policy
About IIWiki
Disclaimers