The current leaders of the nation are Emily (Emilía) II, the queen, and Alexander O'Donnell, the Prime-Minister. The government is under the Riksdag legislature. The nation has good foreign relations, with close ties and history with neighbours Lyonheimer, as well as historic rivals Krenya. They are also one of the founding members of the Thrismari Union, joining in 1998. They were also a member of the South Anterian Defence Alliance for some time. They are viewed as a high-global power, based on history and current power. They are also noted as 'Free' on the Anterian Freedom Index.

A mountainous region, Blechingia is a land of vast, beautiful climates. They also own the offshore islands of Étaín and Meallán Islands.

The name Blechingia is the latin spelling of Blekinge which means, The name "Blekinge" comes from the dialectal adjective bleke, which corresponds to the nautical term for "dead calm".

Blechingia is a taiga/temperate nation in southern Thrismari. The majority of the country would be described as temperate, however because of Blechingia's long coastline it has a significt taiga climate as well.

The national mammal is the Grey Wolf

The Götaish Language is one of the hardest languages to learn in south-central Thrismari, Some of Blechingia's negibors can understand it but most have a hard time as the language has bascally combined two language familys into one language. In short the culture that first spoke the language is now know as the Gealtic. A mix of gaelic and nordic culture combined.

The largest city in Blechingia is Göteburg with its large population growth coming in the Modern Era followed by Læniguëuíl, the capital and largest city for hundreds of years. Göteburg and Malmö are the largest cities with 3.3 & 2.21 million in their Metropolitan areas respectively. After that are the cities of Thurlow ( metro), Elisabethtown ( metro) & Drogheda ( in metro.)

The reason why some say "No Party" is because they are forbidden from joining any political party since they are apart of the royal family.

As a Federal Constitutional-Parliamentary Monarchy, Blechingia consists of 21 states, as well as a total of TBA second-level administrative divisions. TBA

The flags name is Gefjon – Also known as Gefjun, Gefyon, Gebj, her name means “giver,” it is also the name of one of the Runes associated with good luck. She was the protector of unmarried women.

The National Animal of Blechingia is the Eurasian Wolf. It has been believed to have been an important part of Goutai Culture ever since at least the last 2nd century BC. As it's talked about in Goutia and sometimes ever Gaelic stories. 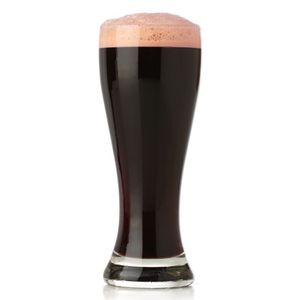 National drink is the "Bronaugh", is a dark Gaelic dry stout with a relatively high alcohol percentage of 6.5%. It is often drunk on important parties and festivals, but also traditionally on the 18th. birthday of a boy, celebrating his adulthood. The drink was created by Robert Bronaugh in 1678 in his brewery. It stayed a local beer until 1837 when the Queen Emily I was told to try it out as she was visiting the town of Ballyneety just north of Shannon, And fell in love with the taste of the beer. Having brought 10 barrels back with her to Göteborg the town quickly wanted more and ever since has been loved by the Blechingian people.

Retrieved from "https://iiwiki.us/mediawiki/index.php?title=Kingdom_of_Blechingia&oldid=402589"
Categories:
Hidden categories:
This page was last edited on 18 September 2021, at 21:13.
Privacy policy
About IIWiki
Disclaimers