The political system of the Crowned Republic of Mascylla is organized as a federal state and parliamentary democracy laid out by the Constitution of Mascylla (Reichsverfassung) and Crown Law of Mascylla (Krongesetz) since 1923 and 1927, respectively. It guarantees the separation of powers between three branches of government, an executive shared between the Monarch of Mascylla, its Prime Minister and cabinet government, a legislature vested in the bicameral Reichssenat and Reichsrat, and judiciary vested in the High Court of the Realm. The rule of law, promotion of pluralism via competing partisanship and an extensive list of human and civil rights are also emphasized by the Constitution.

Democratic elections are conducted per mixed-member proportional representation and independent parties; the most significant political parties of Mascylla include the Centre parties Rehunion and the Adwhinish Citizens' Party (ABP), the Social Democratic Party of Mascylla (SDP), and the National Democratic Union (NDU). Governments are typically organized as coalition governments shared between multiple parties. The Prime Minister (head of government) is elected directly by the populous, while the Monarch (head of state) retains a hereditary claim on its position, albeit significantly reduced and mostly ceremonial in political gravitas. The Prime Minister is formally appointed by the Monarch after their election and proposes members of the Kronenrat cabinet to the Reichsrat, who either approve or reject the proposed individuals. Due to the federal nature of Mascylla, it is composed of 22 states, each with their own constitution (in accordance to the national constitution), legal functions and governments, formally represented in the de facto but undefined upper house of Parliament, the Reichssenat. Together with the popular elected Reichsrat, they have the power of the legislative decision. The judiciary is composed of several courts of appeal, the most senior and important of which is the High Court of the Realm.

Mascylla internationally maintains foreign relations with most other countries, and is a member of the Assembly of Nations, BDTA, and Telmerian Single Market. 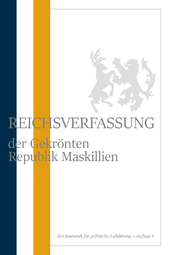 The Constitution of Mascylla, popular edition by the Reichsanstalt für politische Aufklärung (RPA)

The principles of the organization of state are the main features of the Constitution of Mascylla (Reichsverfassung der Gekrönten Republik Maskillien). It includes the protection of human dignity (Achtung der Würde eines jeden Menschen), a democracy as the determined form of government (Demokratischer Staat), the rule of law (Rechtsstaatlichkeit), the federal structure of the Crowned Republic (Reichsföderalismus), its subdivision in individual states (Reichsländer), the freedom of speech (Redefreiheit), freedom of opinion (Meinungsfreiheit), freedom of religion (Religionsfreiheit), and the guarantee of government accountability for arbitrary legal or unconstitutional actions to the citizenry (Zurrechenschaftszugrecht). Other significant constitutional articles include the separation of powers (Gewaltenteilung), presumption of innocence (Im Zweifel für den Beschuldigten) and the right of civil disobedience (Widerstandsrecht).

The current democratic system of politics, referred to as the Frei-demokratische politische Ordnung (FDPO) in the document, is irreversible in essence and to be respected by all individuals of politics (Respektklausel); the goverment of the Crowned Republic of Mascylla claims it, based on the High Court of the Realm, to be the political and internationally recognized continuity of the Mascyllary Kingdom after 1924 subject to international law. Though it is based on the 1793 Constitution of the Mascyllary Kingdom by organization and basic political principles, it is placing constitutional value and emphasis on civil liberties and democratic politics introduced after the Mascyllary Revolution of 1923. 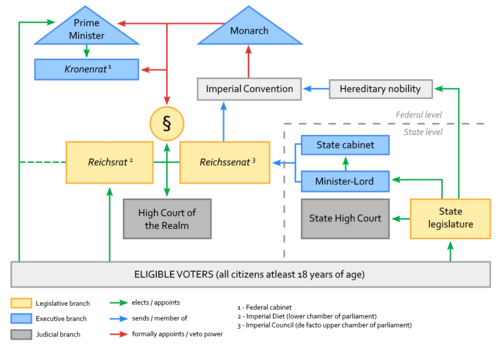 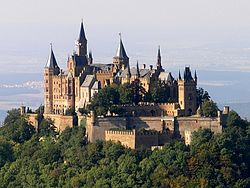 Kronenrat building, residence of the Prime Minister and seat of the government cabinet of Mascylla